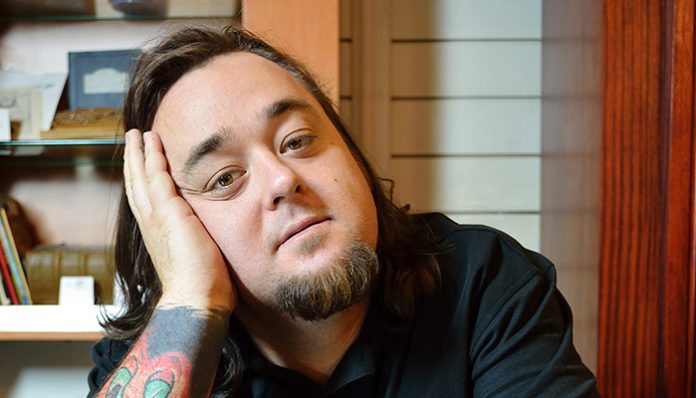 Austin Lee Russell- better known as Chumlee, rose to fame in the popular reality series, Pawn Stars. Originally from Henderson, Nevada, he has been friends with Corey Harrison- one of the stars of the show, since his early childhood. Growing up, the pair often spent time in the pawn store; in fact, he is just like a son to shop owner, Rick Harrison.

Not long after graduating from high school, Chumlee started to work at the Gold and Silver Pawn Shop- he was twenty one years old then. By the time Pawn Stars premiered on TV, he had already been there for a handful of years.

Often depicted as the show’s comic foil, he has since become a fan favourite. Now a prominent reality star, Chumlee has amassed an impressive fortune over the years. Currently, it is estimated that he has a net worth of $5 million.

How did this amount come to be? Let us take a closer look at his career.

How did Chumlee Make His Money & Wealth? 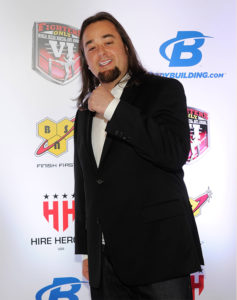 Born on September 8, 1982 in Henderson, Nevada, Chumlee (Real Name: Austin Lee Russell) has been friends with Corey Harrison, a fellow co-star of Pawn Stars ever since they were kids. Growing up, the two often killed time at Corey’s father’s pawn store, The Gold and Silver Pawn Shop. Extremely close to his family, having spent many years at the store, Chumlee is just like a son to co-founder, Rick Harrison.

At the age of twenty one, Chumlee started to work at The Gold & Silver Pawn Shop. By the time the reality series had hit the screens, he had already been working there for five years. Initially, his employee duties included testing items, working behind-the-counter at the shop, writing tickets for purchased items, and loading items.

In 2009, the store boomed in popularity after getting its own reality show, Pawn Stars on the History channel. Naturally, as one of their employees, Chumlee also got a considerable amount of screen time. Despite the fact that he’s often perceived for his incompetence and lack of intelligence- usually by other staff members, he quickly garnered himself a fanbase.

Although he is usually depicted as the comedic foil, Chumlee has demonstrated his competence a number of times on Pawn Stars– for instance, he has profound knowledge on the workings behind pinball machines- something which he utilized in the episode, Pinball Wizards during season two, much to the surprise of Corey.

After breaking into the show, Chumlee quickly became a fan favourite. How much has he earned throughout the years working at the pawn shop? Unfortunately, his salary from the store has never been revealed. Having said that, it’s rumoured that he makes upwards of $25,000 per episode of Pawn Stars.

Seeing as how he’s been on the show for eight years- since 2009, it’s easy to see how his earnings from the title has stacked up over the years. Assuming that Chumlee makes $25k per episode, this equates to at least $625,000 per season- and this is on the low end. Looking at the past years, each season ranges anywhere from 25 to over 50 episodes; naturally, he would have earned more during the longer seasons.

Let’s play with some more numbers- assuming that he makes an average of $625,000 per season, if we were to multiple this by 14 (e.g. the current number of seasons), it would translate to well over $8 million. Even after taxes, this amount is nothing short of impressive- especially for a young thirty something year old.

Since he broke into superstardom, Chumlee has also started his own company, through which he sells a number of merchandise items such as personally designed T-shirts, and a variety of novelty products.

Back in 2010, while Pawn Stars was still in its infancy, the television personality sold half of his stake to co-founder, Rick Harrison for an alleged $155,000- this was so that the store could handle his merchandise orders more efficiently. According to reports, Chumlee currently has the highest amount of merchandise sales, having surpassed that of the other stars on the show.

Aside from being a star on Pawn Stars, Chumlee has also appeared in a variety of other programmings. For instance in 2010, he made a few appearances in the spin-off series, American Restoration, which also ran on the History Channel. From there, he was eventually featured on Counting Cars, yet another spin-off- one that focused on Count’s Customs, a vehicle restoration and customization company.

From 2014 until 2015, Chumlee was also a panelist, alongside the rest of his Pawn Stars cast in the History game show, Pawnography. Presented by Christopher Titus, it featured different groups of contestants each episode, answering questions for a chance to win a hefty cash prize and items from the Gold & Silver Pawn Shop. Premiered on July 10, 2014, it ran for two seasons before ending in the winter of 2015.

In 2013, the reality star also helped to produce, edit, and direct the documentary short, Driven: The Story of Tanner Godfrey, which told the story of motocross racer, Tanner Godfrey following his tragic accident in 2007.

Through the store’s official website, fans are also able to purchase an array of souvenir items. For example, one can buy an autographed Chumlee bobblehead for $400USD.

As far as other business endeavours go, it was recently announced that Chumlee will be opening up a candy shop in the Pawn Plaza in Las Vegas. According to reports, “Chumlee’s Candy on the Boulevard”, will be a joint venture between himself and his brother, Sage Russell. It is currently unknown whether or not the store will be featured in an upcoming reality TV show.

According to various online sites, Chumlee has also brought in over $50,000 from various endorsement deals and sponsorships alone.

Judging from everything that we’ve said so far, it’s easy to see that most of his fortune came from starring on the reality TV series. Having said that, his salary from working at the shop is probably not all that shabby.

Considering his popularity and the popularity of Pawn Stars, which he stars in, it’s likely that his gross income will only continue to increase. If the show’s past success is of any indication, it will probably continue past the fourteenth season; naturally, it wouldn’t be surprising if Chumlee was to negotiate an even higher salary from the network.

Of course, we also can’t forget about his upcoming candy store- assuming that it ends up becoming a success, it will add another major source of revenue for the star.

No, Chumlee is not married. Having said that, he has been in a relationship with Tanya Hyjazi, a chef at Las Vegas’ Stack Restaurant and Bar, since 2013.

The last time we checked, Chumlee had lost a bit of extra weight and had been working on proposing to his longtime girlfriend.

It’s unknown whether or not the reality star has dated anyone previously in the past.

Does Chumlee Have Any Children?

No, he does not have any children that we know of.

Where Did Chumlee Get His Name From?

His moniker, “Chumlee” was given to him when he was twelve years old, a reference to his large chin and face. While he was in grade school, a friend’s father had noted that he resembled Chumley, a walrus from the animated cartoon, Tennessee Tuxedo.

Obviously, the nickname has stuck since.

Did Chumlee Go to College?

No, Chumlee did not go to college. After graduating from high school, he worked a couple of odd jobs before joining the team at The Gold & Silver Pawn Store at the age of twenty one.

Where does Chumlee Live? Pictures of Chumlee’s House

Chumlee currently resides in a sizeable property in Las Vegas, Nevada. From the images that we’ve seen, his home boasts a large parking area for cars and an outdoor swimming pool.

Regrettably, we do not have any pictures of his house to share at this moment.

What Kind of Car Does Chumlee Drive?

The reality star has quite the collection of cars- among which includes a Roll Royce, a ’64 Impala, Cadillac Escalade, and a Maserati GranTurismo. Of course, we also can’t forget about his first car- a White Range Rover that his father had purchased for him for $900.

From average pawn store employee to reality star, Chumlee is now one of the most popular personalities on reality TV. After putting in countless hours at the shop, his hard work appears to have finally paid off.  Nowadays, he gets paid $15,000 per episode for just appearing on Pawn Stars.

Chumlee’s Recent Run-in with the Law

Last summer, headlines were made after police at found “lots of guns and drugs” at Chumee’s house. During the search, authorities seized methamphetamine, marijuana, ammunition, drug pipes and twelve guns, many of which were loaded.

Chumlee was consequently charged with multiple counts of drug possession and one count of weapon possession. After being arrested, he was released the following day on a bond of $62,000. In order to avoid jail time, he later pleaded guilty and was given three years of probation on the misdemeanour charge. According to reports, he also agreed to forfeit the property seized and to attend necessary counselling.

Lately, the reality star has been busy preparing for the grand opening of his new candy store, “Chumlee’s Candy on the Boulevard” which will open across the street from the famous pawn shop, at the Las Vegas Boulevard.

Of course, he’s also been appearing in the fourteenth season of Pawn Stars, which premiered on History on April 10, 2017.