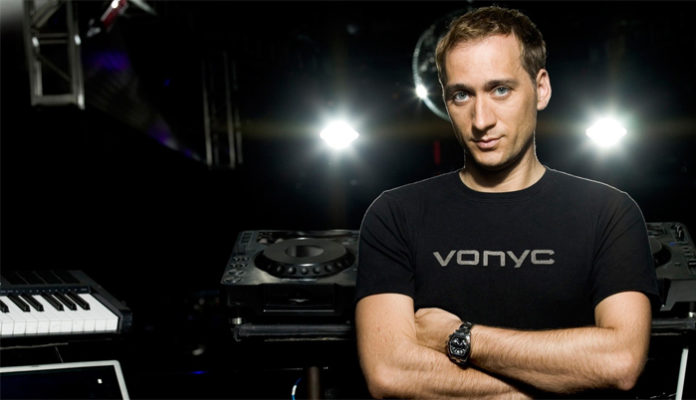 Matthias Paul, better known as Paul Van Dyk is regarded by many as being one of the most influential DJs in the world. Raised by his single mother, he developed an interest in music after listening to the radio for many years during his youth. Despite his passion, record stores were far and between in East Berlin; in order to keep in touch with the music world, he listened to various forbidden mix tapes that were smuggled into the country.

At the age of twenty, he made his deejay debut in Tresor, an underground Berlin nightclub. From there, Paul van Dyk’s popularity in the local circuit eventually started to rise. Since then, the musician has produced countless amount of tracks and has released over half a dozen albums.

Naturally, his net worth is well in the millions. Where exactly did his wealth come from though? To answer that, let’s take a more detailed look at his career.

How did Paul Van Dyk Make His Money and Wealth? 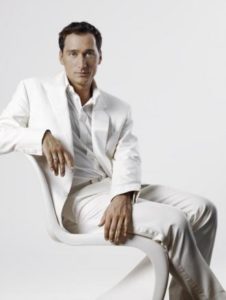 Born on December 16, 1971 in Eisenhuttenstadt, East Germany, Paul Van Dyk (Birth Name: Matthias Paul) was raised solely by his mother- his father had left the family when he was just four years old. Growing up in Eastern Berlin, he often listened to the radio- something that he credits for his musical education. As there were no music stores where he lived, he often found himself listening to smuggled mix tapes that were circulated among his friends at school.

In the spring of 1991, Paul Van Dyk acted as a DJ for the first time in a local underground nightclub called Tresor. By 1993, he had been given an opportunity to perform at the Turbine club alongside DJ Kid Paul. From there, the rising musician went on to collaborate with Cosmic Baby on the single, Perfect Day, which was released later that year.

On December 5, 1994, the artist released his debut album entitled, 45 RPM in the Inited States, United Kingdom and Germany. Co-produced by himself with help from Voov and Johnny Kilmek, it featured a collection of trance songs which included his first hit, For an Angel. Although it wasn’t an overnight sensation by any means, it marked his breakthrough into the music scene.

Two years later, he dropped his second studio album, Seven Ways. Incorporating a mix of trance, techno, and electro, it became his first album to reach the record charts. Shortly after its release, the title peaked at number 117 in the UK and number 81 in Germany. Voted number one by readers of the British DJ Magazine, the overall consensus was also overwhelmingly positive.

In 2000, Paul Van Dyk released his breakthrough album, Out There and Back through his own recording label, Vandit Records. Produced wholly by the artist himself, it proved to be a huge commercial success. Not only did it reach number twelve in the UK, but it also charted in Germany, Finland, and Australia.

From there, he came out with his fourth studio album, Reflections on October 7, 2003. His first album to reach the US charts, it peaked at number three on the Dance and Electronic albums chart. Outside of the United States, the title also found its way onto the German, and New Zealand record charts. Met with rave reviews, it later earned him a Grammy Award nomination for Best Dance and Electronica Album- which only further increased his popularity.

Following up with his next album, Paul Van Dyk dropped his fifth album, In Between on August 14, 2007. Surpassing that of his previous work, it ended up peaking at number two on the US Electronic record chart. As well, it peaked in Germany, the UK, Switzerland, and New Zealand. The album eventually spawned two hit singles, White Lies (Feat. Jessica Sutta), and Let Go (Feat. Rea Garvey). 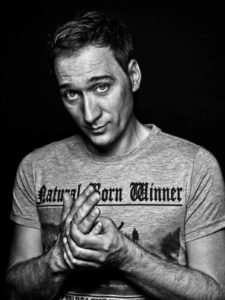 On April 3, 2012, the artist released his sixth full length album after a prolonged break. Featuring an array of collaborations, it reached number 13 on the US Electronics music chart. Although it was ultimately not as successful as its predecessors, it still charted in various overseas charts in Germany, and Switzerland.

From there, he released his latest studio album dubbed, The Politics of Dancing 3 on May 4, 2015. Consisting mostly of collaborations with other artists, its lyrics and vocals received much praise from critics. A jump up from his last album, it ended up reaching number eight on the US Dance and Electronic albums; additionally, the album also charted in the UK and Germany.

Although it’s unknown how much exactly Paul Van Dyk has earned from his seven studio albums- the figure that he earned as an artist is most likely relatively big. Aside from the previously mentioned projects, he has also released a series of DJ Mixes over the years including Cream Ibiza, Gatecrasher Anthems, Paul van Dyk Presents: 10 of Years VANDIT, and 60 Minute Mix, to name a few. On top of all of that, his discography also includes four remix albums and a number of compilation albums.

In addition to his many albums, Paul van Dyk has released well over two dozen singles since making his music debut in the 90’s. Some of his most popular tracks include For an Angel, Tell Me Why (The Riddle), Nothing But You, Time of Our Lives/Connected, The Other Side, and White Lies.

While he doesn’t appear on television all to much, he has taken part in several events. For instance, he acted as one of the presenters during the 2007 MTV Europe Music Awards. Some of the other TV shows that he’s appeared in include Dance Star USA, Kuttner, Ultra Music Festival Experience, Anne Will, With the DJ, and 24 Hours Berlin. In 2009, he also made a cameo in the German comedy film, Rabbit Without Ears 2; to date, it is his one and only acting credit.

Unsurprisingly, Paul Van Dyk has also performed on stage numerous times- in fact, he is currently on a North American tour. Seeing as how he’s one of the world’s most renowned DJs and musicians, it wouldn’t be surprising if he earned tens of thousands of dollars per show.

Through his official website, the artist also sells a number of merchandise items via his online store. From t-shirts to mugs, the sales would probably supplement the income that he receives from his various concert shows and record sales.

Unbeknownst to some, Paul van Dyk also serve as the host of the radio show, Vonyc Sessions with Paul which is available via Dash Radio.

Although we regrettably don’t have any numbers as far as his income and earnings goes, it’s most likely fair to say that the majority of his wealth has come from his ever-increasing success as a DJ and recording artist. Just from his albums and singles alone, it’s probable that he has earned a killing.

Will his net worth continue to go up over the next few years? Probably.

No, Paul Van Dyk is not married; however, he has been dating his Columbian girlfriend, Margarita Morello since 2012.

Previously, he was married to to Natascha van Dyk- who had made several guest appearances in his musical releases over the years. The two divorced in 2012.

Does Paul Van Dyk Have Any Children?

No, the DJ and musician does not have any children. At one point, there were rumors about his girlfriend being pregnant; these claims have since been proven to be false.

No, the artist did not go to college- he started to get involved in the music scene as a teen and hasn’t looked back- a decision that has ultimately proved to be fruitful.

Seeing as how Paul Van Dyk has always been private about his personal life, not much is known about his current residence. Still, it probably wouldn’t be far fetched for him to be living in a luxurious home considering that he has millions at his disposal.

We unfortunately do not have any pictures of his home to share with readers at this point.

A superstar deejay, Paul Van Dyk was the first to ever receive Grammy nomination for the category of Best Electronic/Dance Album in 2003. Highly recognized for his work, he was hailed as the world’s number one DJ for two consecutive years in 2005-2006- a title that only a few have ever obtained. In 2005, he also became the first to be named number one by the British magazine, Mixmag.

Throughout his music career, he has released sundry records including seven albums, and over twenty singles. As of 2008, the artist has sold more than 3,000,000 albums across the globe.

Of course, the DJ has also won a fair share of awards- 32 out of 67 nominations to be his exact. His current collection consists of two DJ Magazine Awards, a Grammy Award, ten International Dance Music Awards, eighteen Trance Awards, among others.

Paul Van Dyk as a Philanthropist

Over the years, Paul Van Dyk has donated a number of his work for various causes. For instance in 2010, he helped raise funds for Oxfam’s Haiti Appeal.

Having dedicated a significant part of his life to social justice, he has partnered up with the German Red Cross to help underprivileged children in Berlin on several occasions. In his home country, the DJ has also founded a charity called Ruckenwind- an organization that aims to help the poor children of Berlin.

For all of his contributions and efforts through Ruckenwind, Paul Van Dyk has received Berlin’s Medal of Honor.

Since this past April, Paul Van Dyk has been hitting the roads for his newest North American Tour. Currently still undergoing, it will continue until the end of May, where it will conclude in San Francisco.