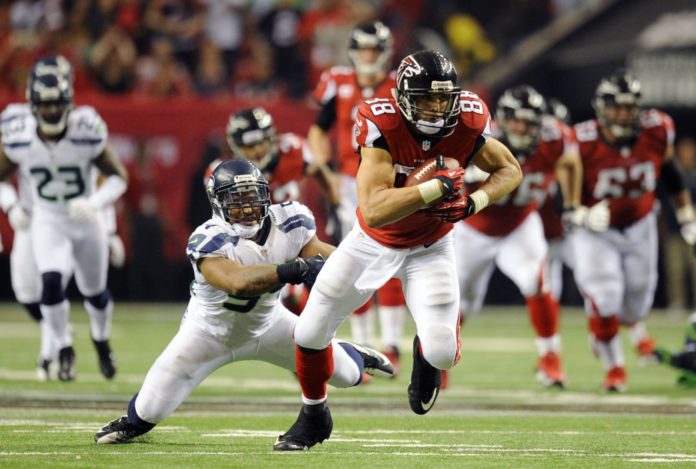 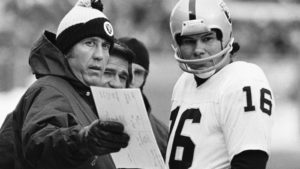 The first football player that I wanted to talk about is Tom Flores, who may be more well-known for his work as a coach than as a player. He played quarterback originally at Fresno City College, and he was on the roster of teams like the Oakland Raiders, the Buffalo Bills, and the Kansas City Chiefs. He saw most of his play time with the Oakland Raiders, where he officially became the first Hispanic starting quarterback. Once his career as a player ended, Flores decided to take on a career as a coach, where he was hugely successful. He served the head coach for the Raiders between 1979 and 1987, where he helped them win the Super Bowl twice. With this, he became the first minority head coach in all of professional football to ever win a Super Bowl. Although his career as a player wasn’t all that spectacular, no one can deny that Tom Flores broke down barriers as a football player. 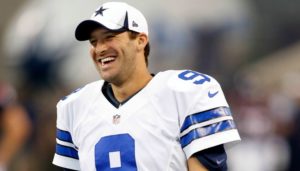 Next it’s time to talk about Tony Romo, who is perhaps one of the more talked about Hispanic football players on this entire list. Romo is retired now, but he has had quite the career in football. In college, he played for Eastern Illinois University. He was early in his development, but he was still turning plenty of heads with his ability. Tony was signed onto the Dallas Cowboys in 2003 as an undrafted free agent, but by 2006, he had climbed to the starting quarterback position. Although many people didn’t expect this kid from Illinois to be able to do anything special, Romo helped lead his team to the playoffs four times. He was also selected to compete in the Pro Bowl four times. Following a back injury that he suffered in the preseason, Romo is retired now. However, he still holds multiple records as a former quarterback for the Dallas cowboys. His passer rating, 97.1, is the fourth highest of all time. 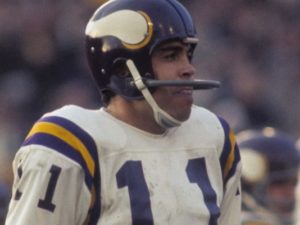 Joe Kapp is in a unique place on this list, because he’s someone who originally got his start in the Canadian Football League. He originally played as a quarterback at the University of California, Berkeley. He was drafted in the 18th round of the draft in 1959, but due to the Washington Redskins sort of standing him up, he eventually had no choice but to play in the Canadian Football League. He started out as a player for the Calgary Stampeders, but he spent more time playing for the BC Lions. Kapp officially began his NFL career in 1967 when, he was brought onboard the Minnesota Vikings. In 1969, following a record setting season, Joe Kapp helped the Minnesota Vikings to the Super Bowl, where they unfortunately lost to the Kansas City Chiefs. Joe Kapp’s career in the NFL was definitely one with twists and turns, but his talent can’t be denied. 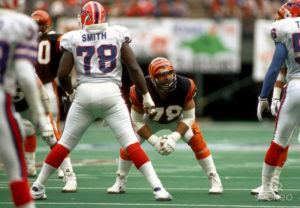 So far we’ve only really discussed Hispanic football players who played as a quarterback. Anthony Munoz played for thirteen seasons as an offensive tackle for the Cincinnati Bengals, and his level of play was so incredible that he is thought to be one of the greatest offensive lineman to ever play the game. He played college football for the University of Southern California and did very well for himself, which led to him being drafted by the Bengals with the third overall pick of the draft. There was some initial concern regarding injury with Munoz, but he quickly proved himself as an offensive lineman who was both effective and stable. (He only missed three games in his first twelve seasons of playing the game.) Munoz was selected for the Pro Bowl eleven times between 1981 and 1991. To put the cherry on top of his already stellar career, Anthony was inducted into the Pro Football Hall of Fame in 1998. 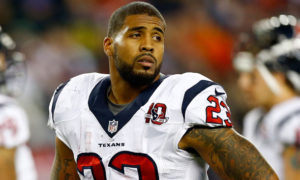 Much like Tony Romo, Arian Foster recently made the decision to retire. He had a relatively short career in the NFL, but he certainly made an impression on the league as a whole while he was there. He originally played college football with the University of Tennessee, and an unusually poor season during his senior year led to him going undrafted. However, he was signed by the Houston Texans as a free agent prior to the 2009 season. Foster basically started as a member of the practice squad. He played special teams, and he worked really hard to put himself in a solid position to take over the starting running back position in the 2010 season. During his time with the Houston Texans, he was voted to partake in the Pro Bowl four times. He led the NFL in rushing touchdowns twice, in 2010 and 2012. In 2010, he also led the NFL in rushing yards. To date, he still holds several Texans franchise records. 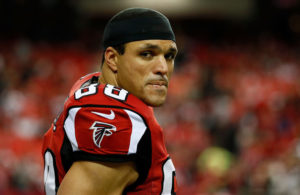 Tony Gonzalez is an incredible athlete. During college, he played college football with the University of California, Berkeley. He also happened to play basketball while he was there. Gonzalez proved to be highly gifted in both sports, but he ultimately had to choose between the two of them, and it seems as if he chose right. He was drafted during the first round of the 1997 NFL Draft by the Kansas City Chiefs, where he would remain until 2008. During his time with the Chiefs, he was selected to play in the Pro Bowl multiple times. He was also named a member of the NFL 2000s All-Decade Team. He left the Chiefs in 2008 but was picked up by the Atlanta Falcons, where he continued to see a great deal of success. Gonzalez is thought to be one of the greatest tight ends to ever play the game. He retired in 2013, and he’s recently had work as a studio analyst for CBS. 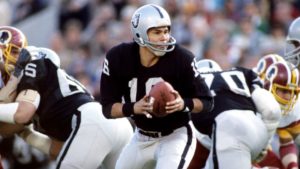 Jim Plunkett is probably one of the most accomplished football players of all time, regardless of creed. He had a seriously tumultuous childhood, but he showed a really knack for football while he was in high school. He played in college for Stanford University, and Plunkett certainly impressed despite his relative inexperience. He ended up winning the Heisman Trophy with Stanford. He was drafted with the first overall pick of the NFL Draft in 1971 by the New England Patriots, where he remained until 1975. After a brief time with the San Francisco 49ers, Plunkett was signed to the Raiders. With the Raiders, he would win two Super Bowls. He was named the MVP in one of those wins. Despite the fact that he started and won two Super Bowls, he still hasn’t been inducted into the Pro Football Hall of Fame. 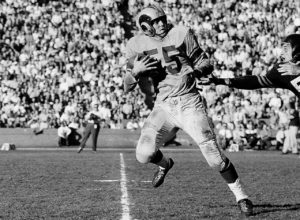 Next I think it’s time we talk about Tom Fears. Fears orginally attended Santa Clara University before he was drafted in World War II, where he spent three years in service. When he was released, he was drafted the Los Angeles Rams during the 11th round of the 1945 NFL Draft. Interestingly enough, he was actually the very first Mexican born player to have ever been drafted into the National Football League. He was a remarkable wide receiver with the Rams, leading the league in catches during his first three seasons. Fears helped bring the Rams to three championship title games, and they finally won the championship in 1951. Tom was the one who caught the winning touchdown. Tom Fears went on to have a successful career in coaching as well, but I think he’s probably most known for his prowess as a receiver. 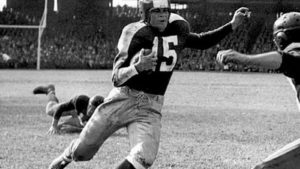 There are a lot of people who would probably make the argument that Steve Van Buren is one of the most talented halfbacks to ever play the game. He was drafted by the Philadelphia Eagles coming out of LSU during the 1944 NFL Draft in the first round. (His career at LSU was certainly something, and he’s still beloved by that program today.) Van Buren only played with the Eagles for eight seasons, but he led the NFL in rushing yards and rushing touchdowns for four of those years. He helped the Eagles win two NFL championships in 1948 and 1949. During that 1948 championship, Van Buren actually scored the only touchdown of the game. He retired from playing in 1951, and he coached in minor league football for a little bit afterwards. He was inducted into the Pro Football Hall of Fame in 1965. 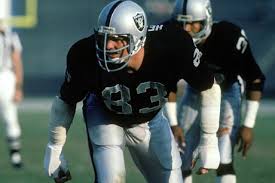 Ted Hendricks holds the honor of being the first ever born Guatemalan to play in the national Football League. He played college football with the University of Miami as a defensive end, which was definitely a sight to behold considering the fact that he was such a lean and tall guy. He was a second round pick in the 1969 NFL Draft, drafted by the Baltimore Colts. Henricks was originally listed as a defensive end, but coach Don Shula converted him to a linebacker, where he flourished. Ted had an incredible career, being a member of four different Super Bowl winning teams. He was a Pro Bowl selection a total of eight times, and he played in 215 consecutive regular season games. Throughout his career, Hendrick recorded 60.5 quarterback sacks, 26 interceptions, and 4 safeties. Without a doubt, he is one of the most renowned Hispanic football players to ever play in the National Football League.