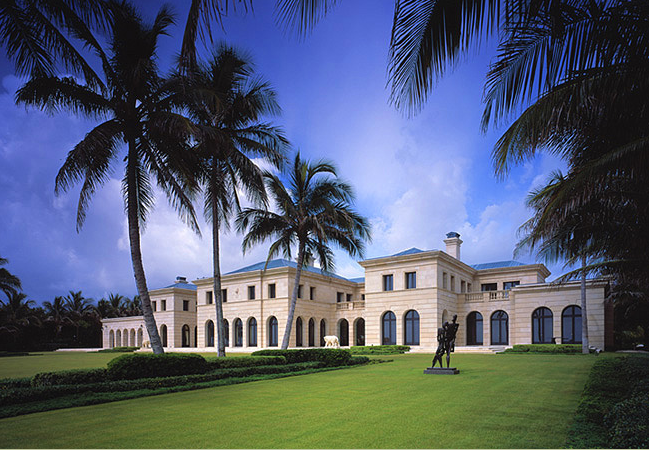 For most people, their ideal home is a large house with plenty of comfortable living space located in a nice neighborhood. Yet when you’re filthy rich, your dreams have no limits. A small subset of the obscenely wealthy have mansions built for them that dwarf the average upper class neighborhood. These plantations are not only massive, they are beautiful inside and out, technologically advanced, and fully staffed. The average person’s dream home pales in comparison to the grandiose size and ornate detail in these 10 incomprehensibly massive houses. 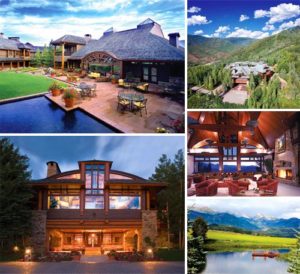 Saudi Arabian royalty have quite a reputation for lavish purchases. Hala Ranch is one of many grand structures created by rich Saudi Arabians. It was built in 1991 by Prince Bandar Bin Sultan while he served as an ambassador to the United States. The Prince typically visited the residence 3 times a year. It was sold to hedge fund manager John paulson for $49 million in 2005 – quite a markdown from the original price tag of $135 million!

The property is located in Aspen, Colorado, on 95 acres of lush Colorado wilderness. It has 15 bedrooms, 27 bathrooms, a car wash, gas pumps, an auto shop, tennis and racquetball courts, and even skiing trails. The house is meant to be staffed by 12 people. With a total square footage of 56,000 feet, it’s even bigger than the White House! 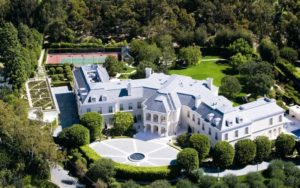 Few homes are worth of being called manors. The Manor is the manor of all manors, and it dwarfs the average Hampton Mansion. It was built in 1988 by producer Aaron Spelling and his wife Candy. The Manor is located in Holmby Hills, California, a highly exclusive neighborhood only for the supremely rich and famous.

The home was sold to billionaire heiress Petra Ecclestone in 2011. After 3 years and over 20 million in renovations, Ecclestone put the home on the market for $150 million. The Manor is currently one of the most expensive homes on the market in the world. 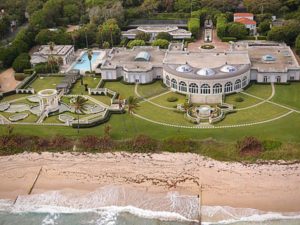 Some wealthy people crave the peace and seclusion of a tropical getaway so much, they practically buy their own resort. The home was built in 1930 and was owned by a string of rich businessmen, including Donald Trump. Trump sold it after a year to Russian billionaire Dmitry Rybolovlev for $95 million.

Unfortunately, the old house was in poor shape even after renovations. As a result, Rybolovlev had the home demolished in 2016 and divided into plots. While it was still around, the home had 18 bedrooms, 22 bathrooms, an art gallery, a media room, and a ballroom. 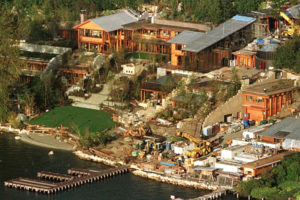 Bill Gates is the richest man in the world with a staggering net worth of $87.7 billion. It’s no surprise his residence is one of the largest in the world. Given that Gates became rich from computers, the home is of course equipped with modern technology. Construction began in 1988, taking 6 years to complete at cost of 63.2 million. The annual property tax on the property is nearly 1 million per year.

Xanadu 2.0 is technologically advanced and eco-friendly. It has features such as geothermal temperature control and heated floors. The residence has many open spaces, including a 1,000 square foot dining room. The mansion is located in Medina, Washington. 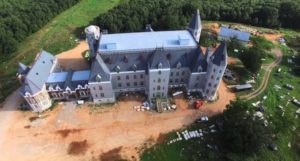 Not all lavish purchases are impractical. The Pensmore mansion is not only luxurious, it’s earthquake, bomb, tornado, bug, fire, and… basically everything resistant. Upon its completion, the Pensmore mansion will be the largest single family home in the United States. It is owned by Steve Huff. Huff is the chairman of TF Concrete Forming Systems, and thus partially intends to use the house to showcase his company’s concrete formulas.

The house began construction in 2008, and construction is still underway. The home has 13 bedrooms and 14 bathrooms. 5 of the bedrooms are full suites with kitchens. Not only will it be a residence, the home will be a testing grounds for potentially revolutionary technology. The house is located in Highlandville, Missouri. 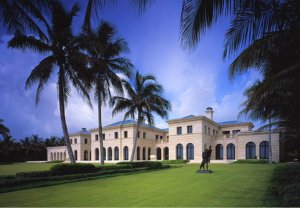 Coastal cities such as Palm Beach, Florida are hotspots for the rich and famous. La Reverie is the largest celebrity residence in the city, and one of the largest in the entire world as well. It was built by Sydell Miller, owner of hair product company Matrix Essentials.

La Reverie was purchased for a mere 4.5 million in 1995. The building is still lived in and used for charity parties and concerts. 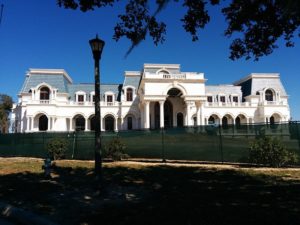 Like the Pensmore estate, Versailles is so massive it has been under on and off construction for years. The project is located in Orange County, Florida. The residence is owned by David Siegel, CEO of Westgate resorts. The massive tropical getaway is fitting for a resort CEO.

The master suite alone of Versailles is 8,000 square feet. It has 6 pools, 11 kitchens, 15 bedrooms, 30 bathrooms, and a fully underground 30 car garage. The house is estimated to be completed in late 2017. The home and its owners have been featured on several documentaries. 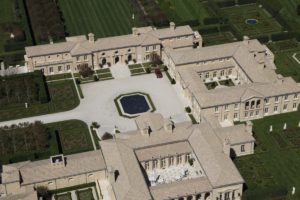 The Hamptons are one of the most expensive areas in the world, and Fairfield Pond is its crown jewel. Valued at 170 million, it dwarfs every other home in size and cost. The extravagance of the residence created a media ruckus when the house was first constructed. It is owned by billionaire investor Ira Bennet.

The home has 29 bedrooms and 39 bathrooms. It also has a bowling alley, 2 tennis courts, and 3 swimming pools. The grounds of the manor cover 63 acres. There are a total of 12 buildings on the property. 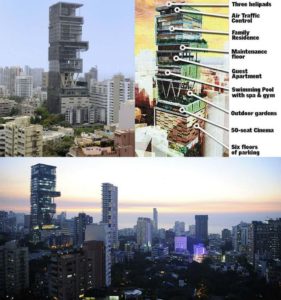 Antilla is the personal skyscraper – you read that right, a skyscraper – of Indian pharma magnate Mukesh Ambani. Ambani spent over 1 billion on the 550 foot tall, 27 story Mumbai skyscraper. The initial cost of the building and the cost to maintain it are a drop in the bucket of Ambani’s 30 billion net worth.

6 of the 27 stores are parking lots. It can also be accessed by air with one of the three helipads on its roof. It has 9 elevators that can access all areas of the house. Lounges are spread throughout the home, and there are dedicated floors for air traffic control and maintenance. The towering structure has a staff of of 600. 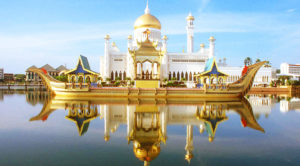 The Istana Nurul Iman Palace is the largest residence in the world. It is the official residence of Hassanal Bolkiah, the Sultan of Brunei. The home is also an political and event center. Bolkiah is worth 20 billion.

The massive palace has 17 floors, 1,788 rooms and 257 bathrooms. It contains 5 swimming pools, a 110 car garage, a banquet hall, and stables for horses. It has a mosque that can house 1,500 people. The residence is opened to the public during certain Muslim holidays.