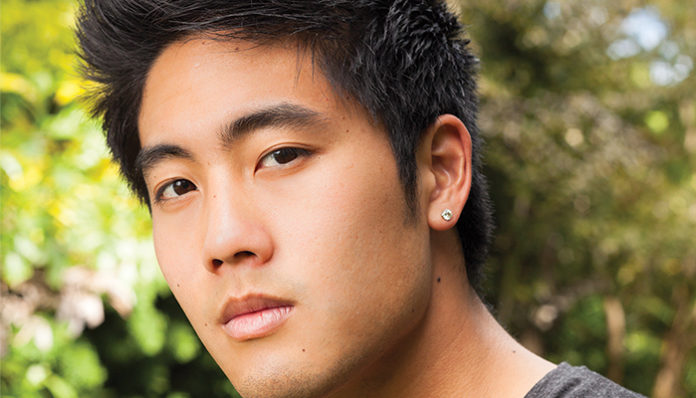 American comedian Ryan Higa is one of the most popular celebrities on Youtube. Of Japanese descent, he was born in Hawaii, where he spent most of his childhood. At the age of sixteen, while still attending high school, he uploaded his first video onto Youtube- a lip sync video that he had created with his friend, Sean Fujiyoshi.

Over the years, his comedic work has attracted millions of fans all over the world. Since the mid 2000’s, his channel has become one of the most subscribed on Youtube. Currently, he has more than 19,000,000 subscribers and counting.

Not only has his online success grown exponentially, but Ryan Higa has also broken into Hollywood with a few independent films. At just twenty six years of age, it is currently estimated that he has a net worth of $2 million.

Interested in knowing what his different streams of revenue are? Let’s take a look.

How did Ryan Higa Make His Money & Wealth? 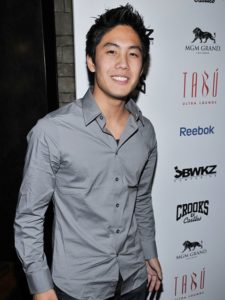 Born on June 6, 1990 in Hawaii, Ryan Higa spent the majority of his youth in his hometown of Hilo. As a teen, he participated in various sports; he’s particularly fond of judo, for which he currently holds a black belt. During his high school days, he also wrestled competitively.

Ultimately, it was during that period, that he first decided to create a Youtube channel. Enlisting the help of his good friend Sean Fujiyoshi, the two later uploaded a few videos of themselves lip syncing to various popular songs in 2006. As they gradually gained an audience , they branched out beyond songs, with a number of comedic skits.

A natural comedian, Ryan later began creating a series of “How to be” tutorials, in which he offered his viewers advice on how to become a nerd, gangster or ninja. Praised for his comedic style, his Youtube channel quickly went up in views and subscribers over the next couple of years.

Currently his main channel, nigahiga- which was founded by Sean Fujiyoshi, Tarynn Iago, Tim Enos and Higa himself, has accumulated over 19.6 million subscribers and more than 3.3 billion lifetime views across the account. Needless to say, he rakes in a considerable amount from being a Youtube partner alone.

How much does he make? Let’s take a look at some numbers- every day, the Youtuber’s account grows by approximately 4,000 subscribers; he also gains around 1.7 million views from his hundreds of videos on a daily basis. On average, users on Youtube are paid anywhere from $2 to $5 per 1,000 monetized views, after which the site takes a cut.

On top of this advertisement program, users are also able to make money from Google Preferred, in which companies can target ads on the site’s most popular content. Naturally, the rates earned from this program are higher than normal.

According to various online sources, Ryan Higa currently earns upwards of ~$3,000 per day from his main Youtube channel alone. This works out to be a little over $1 million a year.

In 2011, five years after he made his online debut, he created a second Youtube channel called HigaTV. Unlike his main account, he mostly posts behind the scene videos and vblogs onto the secondary page. While it hasn’t managed to surpass the success of nigahiga, it has amassed over 4.8 million views within six years, which is a feat in itself. Altogether, HigaTV has accumulated over 630 million video views- according to various sources, he earns at least $42,000 a year from the channel, in addition to what he brings home from nigahiga.

The following year, Ryan Higa launched his own production company known as the Ryan Higa Production Company. Working alongside his long time friend Sean Fujiyoshi, they two have created a number of works together for their main Youtube channel.

Aside from what he has achieved online, the Hawaii-born star has also broken into the realm of television and film. In 2008, Sean and him worked alongside LA producer Richard Van Vleet on their first full-length film, Ryan and Sean’s Not So Excellent Adventure, which was released on November 14, 2008. A huge hit, it ended up being sold out in both California and Hawaii.

After making a small appearance in the TV series, Electric Spoofaloo in 2009, he starred in the film short, Ninja Melk alongside Sean Fujiyoshi, Tim Enos, Bryson Morata, and Tarynn Iago.

From there, Ryan made a handful of appearances in the television series, The Station (2009), I <3 Vampires (2010), and If [Blank] Were Real (2010). In 2010, he collaborated with Wong Fu Productions on the independent film, Agents of Secret Stuff, which was subsequently uploaded onto his main Youtube Channel.

Most recently in 2016, Ryan Higa co-starred in the horror movie, Tell Me How I Die alongside Nathan Kress, Kirby Bliss Blanton and Virginia Gardner. Directed by D.J. Viola, it followed a group of university students who are cursed with seeng visions of their own death after taking part in an experimental clinical drug trial. Although it wasn’t a major blockbuster by any means, it was well received by his fans nonetheless.

Considering his mainstream popularity, it’s not surprising to know that he also sells merchandise through his official website. For fans who’d like to support his work, they’re able to purchase various items from limited edition pins to t-shirts, each ranging from $12 to $25 a piece.

Speaking of which, Ryan Higa recently also authored his first book titled, Ryan Higa’s How to Write Good (interesting fact- it’s based on his Youtube Draw My Life video). Published by Brown Books for You Readers, the unconventional memoir is scheduled to be released on May 30, 2017. For those of you are who are interested, it is currently available for pre-order on Amazon.

With everything that’s been said, it can easily be seen that most of his wealth has stemmed directly from the success of his two Youtube channels. Considering the fact that both accounts receive thousands upon thousands of views every day, it’s only natural that he rakes in the money.

Aside from his Youtube channels, his second greatest source of income is most likely his acting work. Although he hasn’t starred in any major blockbusters (as of yet), he has taken part in a number of projects- all of which have presumably paid him handsomely.

As of 2017, Ryan Higa is estimated to have a net worth of $2 million. Assuming that he’ll continue to put out new videos on his channel, and get more involved in the movie scene,   it’s highly likely that this number will only continue to go up. In fact, it wouldn’t be surprising if it were to climb up by another million in the upcoming years.

How has his earnings changed since he first joined Youtube? In 2008, it was estimated that he had earned $150,000 from his channel. As his presence on the web grew, this figure had grown to be $335,000 in 2010- over twice as much as what it was before. By 2011, his income had broken past the one million mark at $1.8 million, according to online reports. Nowadays, his channel is said to easily bring in over $1 million every year- although this may very well be before Youtube’s cut of the revenue.

No, the Youtube sensation is currently single from what we can gather. In the past however, he was in a relationship with Tarynn Iago from 2006 until 2010 and with Andrea Thi in late 2010.

Does Ryan Higa Have Any Children?

No, Ryan Higa does not have any children that we know of.

Did Ryan Higa Go to College?

Yes, Ryan Higa went to college. After graduating from Waiakea High School in 2008, he relocated to Las Vegas, Nevada, where he attended the University of Nevada, Las Vegas to study nuclear medicine.

Where Did Ryan Higa Get His Youtube Name From?

Where did he come up with the name of his channel? His online hiatus nigahiga, is actually a combination of his last name, “Higa” and the Japanese word for “rant”, “niga”.

Where Does Ryan Higa Live? Pictures of Ryan Higa’s House

Unfortunately, we don’t know all too much about Ryan Higa’s house- other than what he’s revealed through his Youtube videos. Having said that, it’s known that he currently resides in Las Vegas, Nevada.

We do not have any pictures of Ryan Higa’s house to share at this moment.

What Kind of Car Does Ryan Higa Drive?

Regrettably, this information is not available at the moment.

How Much Did Ryan Higa Earn Last Year?

According to various sources, he earned approximately $1 million in 2016, although this has not been official confirmed.

Throughout the years, his comedic videos have made him one of the most well recognized stars on Youtube. The most subscribed channel on the website for 677 days in a row from 2009 until 2011, he currently has more than 19.6 million subscribers on the site, making him the 16th most subscribed user.

Combining his two Youtube channels (nigahiga and HigaTV), he has close to 25 million subscribers and over 3.9 billion lifetime views across all of his uploads.

Not only has he attained immense success on the internet, but Ryan Higa has also broken into the world of Hollywood with his own feature film, Ryan and Sean’s Not So Excellent Adventure in 2008. Since then, he has appeared in well over a dozen different roles on both the big and small screens.

Over the past few years, his work on Youtube has also earned him a handful of accolades including three Streamy Award nominations (e.g. Best First Person Series, Best Comedy Series) and a Young Hollywood Award nomination for Viral Superstar.

This March, the Youtube star took part in the comedy short, My K-Pop Boyfriend which was released on March 16, 2017. A Wong Fu Production, it also starred Rommel Andaya, Ducky Chang, and Jun Sung Ahn.

Other than that of course, he has been busy with making videos for his Youtube channel. Earlier this month, he uploaded Life of a Youtuber!, which has since garnered over 2,700,000 views.