Average College Graduate Salary in 2018 – How Much Grads Actually Make 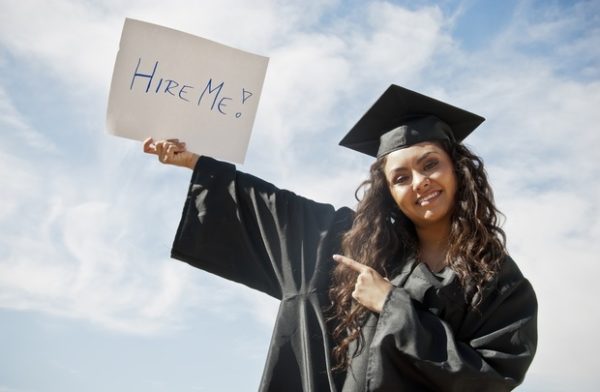 In the United States at least, many parents push their children to go to college, and often rate their children by their likelihood to achieve in the post-high school education fields. As a result, many kids go to college and while following their passions often find out far after the fact how much their fields pay, and at what cost they were given their degree. Here, we take a look at the average college graduate salary and what steps you can take to be one.

Now, it should be said that this salary average has a great deal of variance. For example, coming from an Ivy League school with a Computer Science or Engineering degree can net you nearly $65,000 out the gate, while an education degree from most universities with a focus on early child development may land well less than half of that. Who you want to be determines a great deal of how much you will make. In general, those who study in STEM fields will make more than the arts and humanities, though there is some overlap depending on specific majors, demand and raw skill. Do keep in mind these are estimates for those who graduate college with a bachelor’s degree and are just getting into their fields. Advanced degrees and more experience can make earnings run even higher and be much more varied depending on field.

How to Become a College Graduate 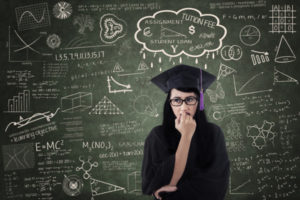 While the easy answer to this question is to graduate high school and be accepted to a college only the graduate there, there are many finer points to this to make you the best college grad possible, and to make the best earnings out of it with as little pay lag as possible. To do this, you have several options. The first is, from the outset, be a good. Study incredibly hard, take as many courses that can get you college credit or noticed by recruiters, and land a scholarship. And if you can do so, by all means do it, as a $30,000 scholarship or full ride is by far the best option if you can keep up the GPA to keep the scholarship. Do keep in mind though the expense of the school itself, and the GPA required to keep said scholarship as these can quickly dawn on you and in a bad way. Your next option is to go straight to university without a scholarship. This can be alright for some professions, and some claim it is the only way by which you can get an advanced degree (though this is highly contested), but for most it will be an expensive venture. Last, you can take 2 years of community college which is usually equivalent classes for far cheaper, and then fold into a University setting for your final two years to finish out your bachelors degree. While it does not give the whole “University Experience” it can be a good option for those who know what they want to get into and want to do it for cheaper.

Speaking of knowing what you want to get into, this is important, for two reasons. The first is, for most of those who graduate high school, we had an idea of what we wanted to be. But in reality, we had no idea how to be it. Say for example you wish to be a physician, and that’s all you’ve wanted to be since you were 6. I would encourage you to, before applying, explore. Explore Computer Science, Anthropology, Chemistry, Engineering, and any other fields you either never heard of or ever imagined doing. This can, in many cases, find previously unknown passions. Likewise, once you are in a college program and find it hard, try to stay the course if you still have a passion for it. Staying the course will not only ensure you graduate earlier than those that Major hop, but also usually for far less money. There is a saying that you should get a major in what pays, and a minor in what you love, and to a degree this can be agreed to, but don’t settle on a bad job for good pay. Know who you are, what you are willing to put up with, and what you want to do. Once you do this, apply, study hard, and graduate. Preferably grabbing an internship or some work experience along the way, as these help greatly with graduate salaries.

Lastly, it would be a good idea to make a note about debt. Despite having larger salaries than most workers, college graduates, especially those of prestigious schools often carry a significant amount of educational debt which can impact their earnings significantly. Now, this can vary wildly from one profession to the next. Two prime examples of this are Teachers, whose loans can be paid off given their service to the community for a decade by the government who issued the loans, and a physician, who after many years of schooling can rack up to hundreds of thousands of dollars in debt, with monthly payments in the thousands. This can be a major inhibitory factor for seeking an education, and one should explore all available options for whether one can get through school without debt, or get into a repayment program after the fact. This can, while not being the ideal job for a while, set you up for long term earnings in the future without the debts of that piece of paper hanging on the wall following you to the grave.