Average MLB Salary in 2018 – How Much Do MLB Players Make? 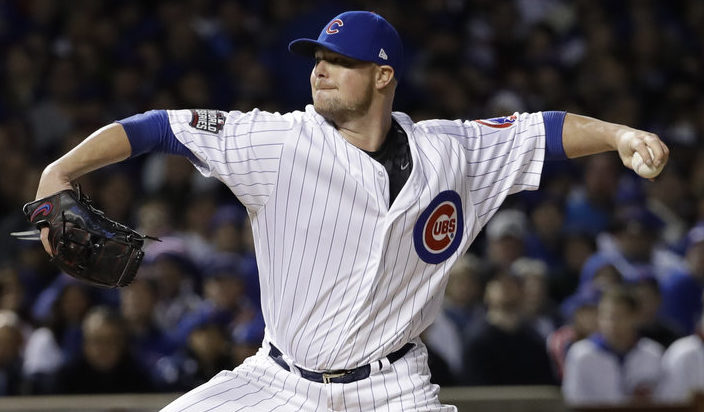 Major League Baseball may not be the most popular sport in America anymore, but it still is America’s pastime. Over 73 million tickets were sold to Major League games in 2016, generating over $10 billion in total revenue. Similar numbers were sold in 2015 and 2014 as well. Making it to the majors is a challenging task, but players are rewarded with some of the most rewarding contracts in sports.

Average MLB salaries increased again in 2018, up from $4.4 million in 2016. Major League salaries have increased every year for the last 13 years, and there’s no sign of them going down. NBA players make more, at over $6.4 million on average, but average MLB average pay dwarfs the NFL’s average of $1.9 million. Major League teams allot more total money to player salary as well, considering the difference in roster size between MLB’s 25, the NFL’s 53, and the NBA’s 17.

Naturally, Major League Baseball earnings aren’t evenly distributed. Several big earners are doing their part to bring the average up. Among those is Clayton Kershaw, Dodgers ace pitcher and highest earning MLB player for 2018 at $35.5 million. Just behind him is Diamondbacks pitcher, Zack Greinke, followed by Boston’s David Price. It’s no coincidence that all of them are pitchers. All of the top 10 earners for 2018 earn at least $25 million. Of these, only first baseman Miguel Cabrera, right fielder Jason Heyward, and first baseman Albert Pujols are not pitchers.

Major league salaries skew higher at pitcher and the strongest offensive positions. The highest paid position in baseball is the designated hitter. This should be no surprise, since there are only 15 full-time DH positions available, and those positions are typically reserved for top hitters who are less than great in the field. Many designated hitters are star players late in their career who can’t move like they used to but can still hit at a high level. Players like Carlos Beltran, Hanley Ramirez, and Albert Pujols drive up the average of a small designated hitter pool.

The second highest earning position is closer. Each team usually has one closer, and he is usually the most effective bullpen pitcher. Effective closers are hard to come by, and they are compensated well. Starting pitching is in very high demand, and top quality starters get the biggest free agent contracts. MLB teams need to fill a rotation with five starters, and a true ace pitcher provides week-to-week stability. Average starters are a lot more replaceable, but even they earn a good deal more than the average relief pitcher. At the bottom of the salary totem pole are catchers and shortstops at just under $2 million per year. It’s likely no coincidence that both positions are better known for defense than offensive production.

Most of MLB’s highest-paid players are in their late 20s to early 30s. This is because of MLB’s collective bargaining agreement. Once a player debuts in the major leagues, he starts accruing service time. He cannot become a free agent until after his sixth year of service time, which could take more than six seasons, depending on how many major league games he played over those seasons and when he debuted. A player who arrives at the majors at age 24 will become a free agent at age 30 or later.

Players with between three and six years of service time can apply for arbitration if they can’t reach an agreement with their current club. If the arbitrator finds in their favor, they receive the higher of available offers. The team can also refuse arbitration, which requires them to release the player and make him a free agent. These are the most common ways for a player to get a significant pay increase before free agency. In some cases, a team may offer a player a long-term deal before free agency. Usually the deal extends into what would have been the player’s free agent years, trading some years of freedom for more upfront money.

How to Become an MLB Player 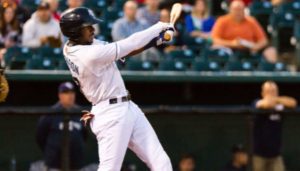 The dream of becoming a major league player and claiming one of those impressive salaries is not an easy one. If you want to be a major leaguer, you have to start playing baseball young, likely in little league. By the time you reach high school, there should start to be some buzz around you if you’re dominating competition at your level. Extremely advanced young players get drafted straight out of high school and can opt to accept or decline and go to college. More players go straight to college, where they can be drafted either after three years or they’ve reached age 21.

For players who aren’t from the United States, things work differently. Latin American players are frequently signed to minor league contracts in hopes of eventually advancing to the majors, often at very young ages. These youngsters, along with the American high school draftees, usually start at the lowest level of the minor leagues, the rookie league. College draftees usually start at short season A ball. From there, they advance through the other five minor league levels as they improve. Prospects who are especially impressive may sometimes skip levels, even sometimes skipping to the major leagues from high A or AA ball.

Minor league baseball players have smaller contracts and lesser amenities, and they play in smaller ballparks. There’s no glitz and glamour in it, but they play for the dream to someday make it to the big leagues and be a full-time MLB player. The odds are slim, with about 25 players on each team across six or more levels, across 30 franchises. Thousands of minor leaguers are competing for a chance to be one of the few per team who make it to the majors every year and reach that American dream–and the paycheck that comes with it.