What Happened to Michelle Branch – What is She Up to Now? 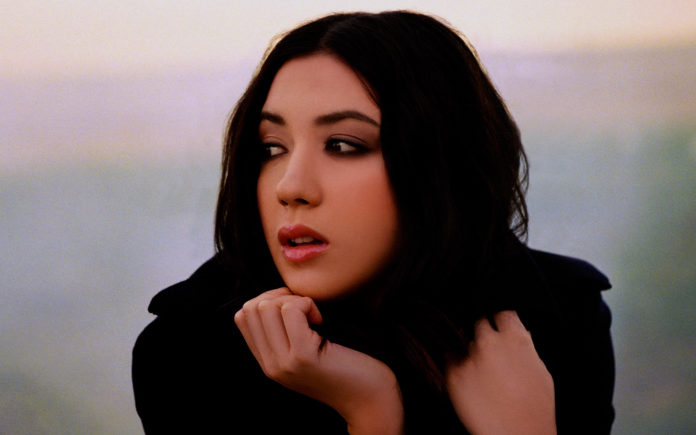 Taking influences from The Beatles, Hendrix, Alanis Morissette and many others, Michelle Branch gained quite a bit of fame for her classic yet signature sound in the early and mid 2000’s. But what had contributed to her rise in fame? And where is she now? Here, we take a look at what Michelle Branch is up to in 2017.

Born on July 2, 1983 in Sedona Arizona, it’s often joked that Michelle Branch couldn’t wait to enter the world and get to performing. She was born about 6 weeks early to David and Peggy Branch, and reportedly listened to The Beatles while in the womb. By the age of 3 years old, she would start singing, performing renditions of Beatles songs for her grandmother, particularly the song Ticket to Ride. By the time she turned 8, she was enrolled in voice lessons at Northern Arizona University, and kept at it for three years until the family had to move from Sedona to Flagstaff, Arizona. Then, another three years later she would receive a guitar for a birthday gift. Within a week, she had already composed her first song, “Fallen”. While she had previously attended Sedona’s Red Rock High School, she very clearly had a career in music going for her, so her parents agreed to homeschool her and help her cultivate that career.

Her parents would turn out to be great encouragers and financiers of her work. During her high school years she would help book gigs to get her on local stages in Sedona, and even financially backed the independent release of her debut album, Broken Bracelet in 2000. This album had many of her first songs that she had written in her early teens, as well as a few covers of popular acts like Sheryl Crow and Fleetwood Mac. The title of the album was inspired by a meeting with Steve Poltz while attending a concert, who handed her a bracelet, declaring that when it broke, she’d have her chance at fame. By this time, she had also posted several songs on the Rolling Stone website which had garnered her some attention as well.

As an amusing aside, it happened that Branch, while looking after her younger sister alone before the release of her album had received a call about Jeff Rabhan (a well-known musical manager) being in the area. While she couldn’t leave her sister alone, but also couldn’t pass up her chance, she grabbed her demo tape, took a neighbors golf cart and with her sister went to meet Rabhan. Able only to convince him to take her demo tape, she thought she hadn’t made it. Several months later, he signed her on as a client, and remains her primary manager to present day.

By 2001, she would have gained a label by way of Maverick Records and started working on an album with John Shanks, a man who had worked with The Corrs, Sheryl Crow, The Goo Goo Dolls and Bon Jovi in later years. In August of that year, she would release her first big album, The Spirit Room with a hit single, Everywhere. This song would rock charts around the world, for example making it to number 1 in Indonesia, 2 in Belgium and New Zealand, and 12 on the US Billboard 100. It would lodge itself into the culture of the time, from a Chase Bank Commercial to the American Pie 2 film and even the popular Lizzie McGuire show. The Album on the whole would go Double Platinum and sell over 2 million copies. Also in 2001, Branch would appear in the popular television series Buffy the Vampire Slayer as a musical guest.

In 2002, Michelle Branch would take a short break in terms of recording to do a stint of television and movie performances. She played as Leslie Gore (who in her time had plenty of TV appearances and sang the hit It’s my Party) in the series American Dreams, and also as a DJ in Rob Schnieder’s The Hot Chick, which ended up making around $55 Million at the box office. After these, she would be right back in the studio and made an album with the alt-pop trio and one album wonders, Justincase.

A significantly more successful performance came by the way of teaming up with the guitarist legend, Carlos Santana. Though only working on Santana with one song, Game Of Love, it would net her a 2 Grammy nominations, a win and an even greater deal of popularity. Riding this popularity into 2003, she would falter just a bit when compared to her first album with her second, Hotel Paper. It debuted at number 2 on Billboard charts, and made it to Platinum in record time, but reviews were not all positive. Also in 2003, she would appear in Charmed as herself in the episode Centennial Charmed. 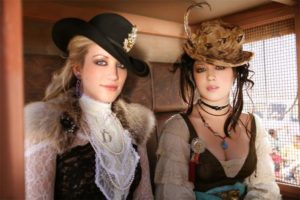 2004 would prove to be a transformative year for Branch, as she would marry her long time boyfriend Teddy Landau (who happened to be her Bass player), and work with a friend and backup singer Jessica Harp to form The Wreckers. The Wreckers would be a combination of both Branch’s and Harp’s genres of choice, Country and Pop Rock. The pair were slated to release an album the following year (Stand Still, Look Pretty), but this was delayed slightly as Branch would become pregnant with her daughter Owen. The Wreckers would also find some work with an old friend, Carlos Santana in his album All That I Am. Soon after Michelle’s appearance on One Tree Hill in 2005, the pair would hop onto a tour with Rascal Flatts. Despite some success, The Wreckers split in 2007, and made it to Gold with their album two years after their split.

The years after would be a bit slower, but none the less successful for Michelle Branch. While a few years had gone by since albums, in 2007 she would perform with her younger sister, Nicole, and develop a solo album that would evolve into the EP, Everything Comes and Goes. In 2009, she would do the honors of singing the send off of the very final episode of Guiding Light, a series which had 18,262 episodes to its name and had successfully transitioned from the Radio to Television era. The next few years would be filled with plenty of single releases and an unreleased album, tentatively called West Coast Time. Despite being slated multiple times for release in 2011 and later, the album has still yet to come out, and according to later interviews, may very well not.

In recent years, quite a bit has continued to change for Branch. In late 2013, she announced that she would move on with her music and work with Swedish producer Martin Terefe on an album made in both London and Nashville. Not long after the completion of the album, she would separate with her husband, and in November of 2015 they would have their divorce finalized. Also in 2015, during a party at the Grammy awards, Branch met with Patrick Carney, the drummer and occasional producer for The Black Keys. Initially the two set to work creating an album together, with Branch seeing him as somewhat of a mentor. Then, through the production of what would become the 2017 album Hopeless Romantic, the two began a relationship. Between the recording and release of the album, Branch would take a slightly political turn in 2016, performing a parody of her own song “Goodbye to You” in “Goodbye Ted Cruze” as a way of jostling the politician after he suspended his dreams of becoming president. Following the release of the album, the two moved in together with Michelle’s daughter Owen in tow. The album itself, as one may imagine from the title is centered mostly about relationships, which Branch claims was due to the fact that she had in a way rediscovered dating and “grown up, messy love” as she hadn’t really dated since she was a teenager. It is clear that Michelle Branch still has plenty of creativity left, and may be active for many years to come, despite already having a career that many artists could only dream of. It will certainly be interesting to see what projects she decides to tackle next, and where she may show up.