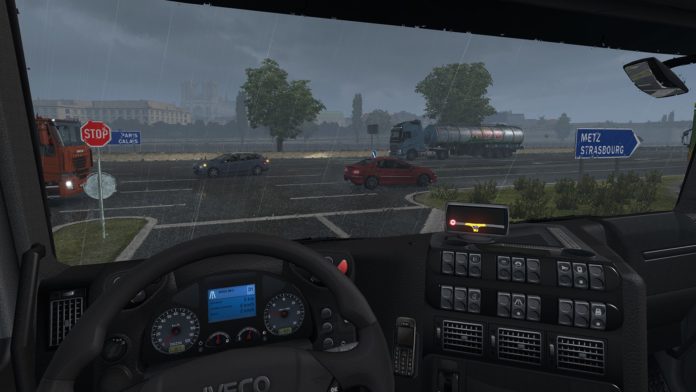 Long hours behind the wheel, gazing out across endless stretches of road, homely diners, and eons of isolation… Does that sound like the job for you? Being a truck driver is no easy task, but they are responsible for so much logistics in the world – that is to say, without truck drivers, we would still be relying on courier services consisting of horses and carriages to deliver our Amazon Prime packages. If you’ve ever wondered what being a truck driver is like and the pay you could be making instead of your office job, read on more to find out.

With an estimated 13.5 million trucks operating in the United States alone and an estimated 10 million jobs created by the trucking industry (with an astonishing $255.5 billion revenue in the very same industry), the backbone of transporting goods is here to stay no matter what. Some have said that computerized self-driving vehicles will put truckers out of business, but that is absolutely not the case; based on the United States’s statistics, there is actually a trucker shortage of between 50,000 and 60,000 truckers. Now more than ever, the trucking industry has bootstrapped their efforts to appeal towards a younger generation to become truckers.

How does a truck driver get paid?

Truck drivers have two options for their trucking career – they may either purchase their own truck and operate as a “freelance” agent for trucking companies. Typically, this is done through a network of agencies that hire workers, where the workers will bid for a job allotted for a period of time. Whoever pays them the highest receives their services – simple. These jobs, no matter what, are paid out in mileage traveled. Truckers have a strict code of conduct that forbids them from driving more than 70 hours per 8 day period, which means that the very best (and most risky) drivers can come to about 3,000 miles in a week.

Typically, new truck drivers can expect to make between $.25 and $.30 per mile over 300-400 mile trips, which brings their pay to a range between $75 and $120 for a typical one-day trip with much headway made on the return drive. Truckers are paid for both the go-to and return-from miles, which means that a trucker travelling at 60 miles an hour can make around $15 to $18 an hour for their rookie years.

On the higher end of the scale, truckers who own their own truck can command a significantly higher rate, typically between $.35 and $.45 with the upward range of $.45 being the holy grail. For comparison, that $75 to $120 scale mentioned above becomes a $105 – $180 range for a solid day’s effort (and then some). Of course, truckers that own their own truck are required to pay insurance, maintenance cost, and retain a specific license and certificate that allows them to operate using their own vehicle.

Trucks can potentially cost a truck driver hundreds of thousands of dollars for the initial cost due to the engineering required to create a powerful rig. Trucks have such a high volume of horsepower due to their heavy cargo nature, and require constant maintenance. Truckers are also required to keep precise logbooks that cover all their mileage and destinations, and are required to submit these on a regular basis to their employer and insurance. An initial truck purchase can cost a trucker as much as $250,000 for a brand new model with all the bells and whistles, and run up to $35,000 a year in maintenance costs and fuel costs.

On the other end of truck driving is a much more micro-scale of the operation; delivering mail and package couriering. This is also known as the United States Postal Service, or even working for other logistics companies such as FedEx and UPS. These workers operate through a much different way – these drivers are not paid by the mile but for their shipment load. They are essentially given a big old boxy brown (or white) truck and sent to deliver the entire truck, effectively allowing them to determine their own hourly rate. This is, of course, affected by external factors such as weather, other drivers, and the route they are required to take. On the higher end of such package delivery, drivers can make upwards of $80,000 to $100,000 per year after being with their company for a few years, but after 5 years of work or so, most drivers working at FedEx or other similar companies make around $55,000 to $65,000 a year. Not bad, but a significant chunk of this money is reinvested in the person through the way of training, certification, insurance, and licensing. Mailmen work a much slower pace but at a reduced price, averaging between $45,000 a year upwards of $55,000 for a mailman who has been employed for some time.

How safe is the trucking industry?

As mentioned above, the trucking industry is not shrinking or in any danger with self-driving vehicles being imminent, but is actually rapidly growing. Most of this can be attributed to Amazon’s Prime program creating a desire for two-day shipping, which effectively has secured the safe existence of “snail mail” and package delivery over the next several years. However, truckers may be in danger and may have their numbers reduced as self-driving computerized trucks are much more aware, cautious, and can drive 24/7 to their destination.

Truckers may begin to serve as “overseers” of their specific vehicles, and be a backup just in case something goes wrong with the truck or a human element is required for some reason. In the next 20-30 years, the amount of truckers may go down, but package delivery will continue to see its meteoric rise as demand cannot be met. From the start of November up through Christmas, about 750 million packages are delivered solely in the United States, and this number will quickly approach 1 billion over the next 3 or 4 years. This is just the way of the world, and unfortunately for the companies, you cannot easily automate a package delivery service. The human element is typically required to make some judgement calls, such as which door to leave it at or whether or not to leave the package at all, and creating a lightweight robot that can move packages from the truck to your doorstep is just an unreasonable expectation for the next 10 to 30 years.

Truckers, mailmen, and package couriers make a surprising amount of money for their effort, and all 3 of these industries are continuing to grow. Drones will not make any significant impact simply because people really like ordering 20-30 pound televisions from Amazon for that sweet, sweet two day shipping. If you’ve ever considered a life behind the wheel of the truck, now is the time to act.