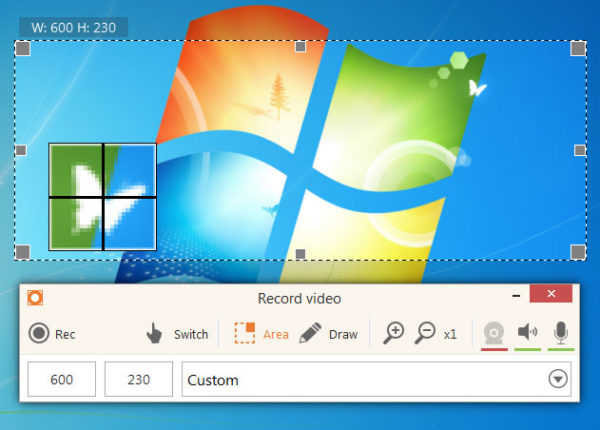 We’ve all been there. Whether telling grandma how to open her email, or being on call for a company across the country to correct a ransomware issue, we’ve all had to try and describe our own actions to people who are often confused on how to follow. It’d be easier if they could just appear next to you, watch how you do it and then replicate, wouldn’t it? That’s where Screen Recorders and Screen Capture software come in. While allowing other users to view your work without adding the security risks of remote access software, these programs make tech support or tutorials way easier. Here, we take a look at the top 10 screen capture software packages for 2018. For the purposes of this list, all listed are free for download at time of writing. The programs are in no particular order, as many people have many different needs and expectations for screen recorders, and thus there is no one true “catch all” solution for those that prefer options, size, or uploading demands. 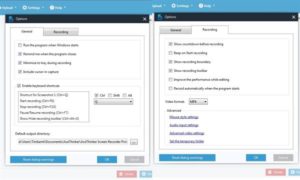 Starting off our list is a web based screen recorder which works with both windows and mac machines due to it not needing to be installed to use. Allowing the use of either specific bits or an entire screen, you can not only record the video footage but also microphone audio to give better instructions. There is also a good deal of real time editing features which allows it to be a great choice for those needing to quickly and succinctly send over information. Lastly, Acethinker allows you to download the subsequent video into multiple formats for sending or re-uploading as you see fit. 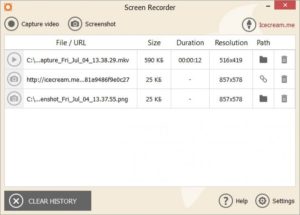 With a name that more resembles an Android OS, ISR is an excellent program for new and old computers alike due to its wide support base. While the screen selection is nothing to write home about (not that it’s bad), there is a fine feature that allows you to draw on the panel to give greater focus to instructions while recording. It also features a Screenshot to URL function, which isn’t terribly common these days. In editing there is also a history feature in case a mistake or creative decisions needs a revamping, which makes it handier for a longer form project or recording. 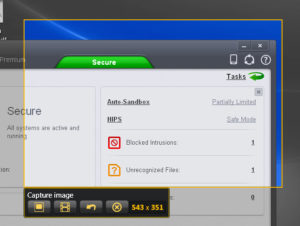 Easy to use, small download size, and direct sharing through Twitter allows Jing to make this list. Outside of this, it’s about as basic as they come in terms of recordings, with limited editing options. Likewise, this would not work particularly well if you need a great deal of definition, but standard computer screens are recorded well enough. Hotkey support is a good tool for this program, and is easy to use for beginners who basically just need a job done. The user interface itself is remarkably basic, which makes for another reason it’s a handy tool for those who don’t care for the art of recording. 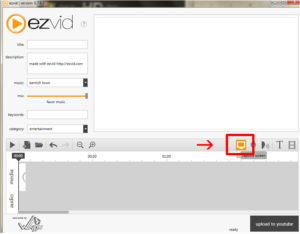 More and more common is the act of recording a lecture, tutorial or recording and immediately uploading it to YouTube. If this is your kind of strategy, EZVID may be your software of choice. As an added bonus, there’s no need to edit recordings outside of EZVID as the program comes with its own. Some features in the editing programming include speed control and speech synthesis (though this is typically frowned upon in tutorials if you are looking for views). Simple, easy to use, and free. What’s not to love? 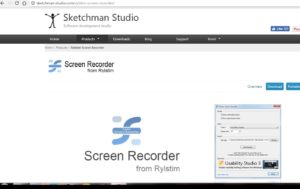 Rylstim is one of the easiest tools to use around. Simply download, select your frame rate, storage location and hit record. It doesn’t get much easier than that. As a bonus, there’s a mobile app in case you need to record something from your phone, which nowadays is a real possibility. As soon as you are finished recording, the video will appear which you can either save and send, or edit using an outside editor.

Though using an antiquated method of recording (saving your video in a Flash format that Chrome users would now have to manually enable), Webinaria is still a good selection. Free and Open Source, Webinaria is primarily a windows based program, and can allow for the recording of your voice while also recording video from the screen. Editing is not a particularly strong suit with the program, but the basics are certainly there. That being said, it being open source software, there can be incremental community improvements from the community itself which can allow for more features over time. 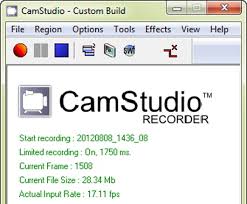 One of the most popular screen recording programs in the world, CamStudio comes just short of making the top 3 for this years recorder programs. There aren’t a great deal of features, but it’s a pretty standard tool and many other programs have no problem using the footage. Streaming is easy with CamStudio, and the cursor hiding tool is handy if you’re looking for a slightly more professional look. You can also use pre-recorded audio if that’s more your style, which is great if you need to make sure the tutorials are precise, and microphone support allows for impromptu recording as well. If selecting this program, do be careful. There have been many reports of CamStudio being a mule for viruses if you don’t download it from an official link, so a pairing with an antivirus may be in your best interest. 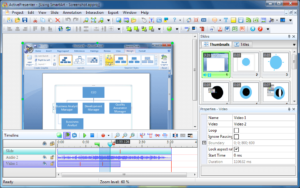 Made with education in mind, ActivePresenter by Atomi is great for either in office or prerecorded sessions where recording accurately is a must. One of the more feature dense free products out there, ActivePresenter allows for voiceover, a full graphics option and proper annotations. This makes it SCORM-compliant (the Sharable Content Object Reference Model). Pair this with a projector screen for in person presentation and you’ve got yourself two thirds of a corporate, polished presentation. Now the only piece missing is you. While paid versions are available, the free version seems to be a good starter program and more than worth the download time. 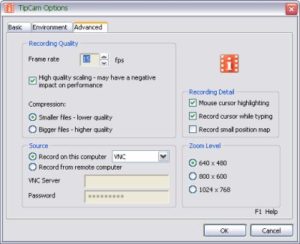 With a default uploader to Youtube and the ability to handle screen recordings up to 20 minutes, this is definitely one for those looking for low impact programs with the aim to do shorter tutorials. There is a voice over option that allows for recording over the footage, which can be handy in detailing the finer points of a tutorial, and the video itself can be saved as either FLV or AVI. There is an option for 250MB of server storage of videos, though many will find this redundant if not outright useless. The User Interface is extremely easy and can allow for the absolute minimum of set up time. 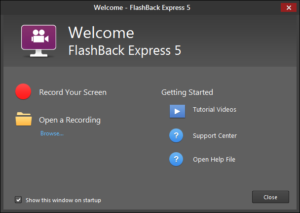 Coming in to close out our review of screen recording programs is BB FlashBack Express. Not to be confused with BlackBerry, BlueBerry FlashBack allows for a pretty decent amount of options for free screen recordings. With the standard screen selection, FlashBack Express also features a multiple input audio choice format, meaning you can narrate while recording or just have music in the background, or both. The files themselves can be AVI, FLV or SWF in format natively, and the playback controls are easy to use. There is also a feature that allows users to highlight their actions in multiple ways, making it easier for viewers to notice mouse movements. If you are worried about upload speed or size, there are also adjustments that can be made to manage the frame rate for most recordings, just bear in mind that the lower the framerate, the more clunky the movement. Lastly, FlashBack Express allows for full uploads to Youtube, Blip, Revver and Viddler, as well as direct embedding of videos onto your own pages.

This has been our selections for the top screen recorders or screen capture software of 2018. Do you have a favorite program that hasn’t quite made our list? If so, please feel free to comment them down below.