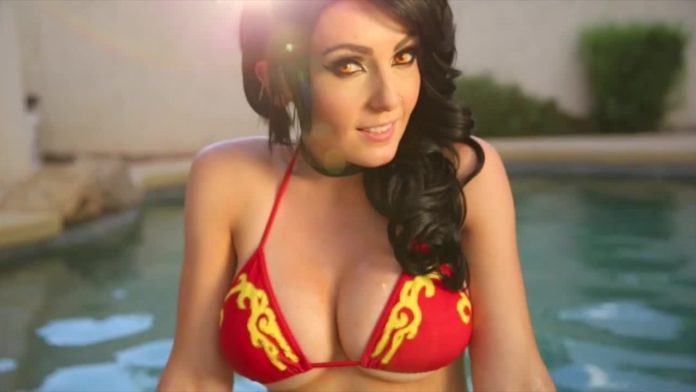 Jessica Nigri is most famous for her status as a cosplay e-celebrity, her career on YouTube, recent voice actress, and convention/expo interviewer. Born in the United States in Reno, Nevada, she moved back to Christchurch, New Zealand. Her mother hailed from New Zealand and after her mother and father separated, she moved back to her mother’s home; she would occasionally switch back and forth in custody between the two, but would be exposed to video games by her father. She attributes this to her interest in cosplay.

Becoming famous in 2009 thanks to her cosplay at a time that gaming became popular on the internet, the cosplay that started her career was her interpretation of a “sexy Pikachu” that soon went viral on the web. This was at the 2009 San Diego Comic Con, which is a huge convention for people interested in the gaming, comic, and other nerd-associated hobby culture. She soon found professional work as an agent for both GameStop at Microsoft in 2011, where she dressed up as Gears of War 3’s female character, Anya Stroud. This created a huge marketing buzz and Jessica Nigri soon found more and more work fulfilling her dream as a cosplayer.

In 2012, she participated in (and won) a contest by internet gaming-review property IGN to cosplay as Juliet Starling, the main character of video game Lolipop Chainsaw. She was also hired on as a spokesperson for Warner Brothers Games, who had financed and published the game. In an internet controversy, her skimpy pink outfit was deemed too revealing by numerous complaints, and she changed into Juliet Starling’s cheerleader-inspired outfit which was also deemed too revealing. She was then asked to leave and abandon her obligation as Juliet Starling. Eventually, Kadokawa Games, a Japanese-based developer, brought Jessica Nigri overseas to take place in a marketing event in Akihabara, as well as promoting other Japanese-based gaming magazines like Famitsu and Dengeki.

Jessica found more work, including portraying numerous male characters as a female variant (known as Crossplay) and included characters like Edward Kenway from Assassin’s Creed IV: Black Flag at the gamescom expo in 2013; she also portrayed Lux from League of Legends for the Amazing Arizona Comic Con festival in 2014, as a co-host for the cosplay contest in the convention. She has been invited to numerous other conventions and has even been part of the part-cosplay and part-professional gaming group XX Girls.

Jessica Nigri has also found work as a voice actress for RWBY by Rooster Teeth Animation, playing the role of Cinder Fall since 2013. She currently runs a Patreon account with more than 4,000 patrons, and the last financial figure ran at around $26,000 solely from the Patreon. She was named as one of the top ten most popular cosplayers in 2014 by website Therichest, and was even offered to appear on Heroes of Cosplay, a Syfy Network reality show based around cosplay. 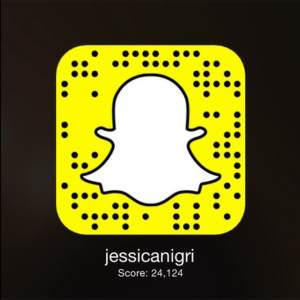 Jessica Nigri’s snapchat username is http://www.snapchat.com/add/Jessicanigri – on her Snapchat you can find behind-the-scenes looks at her cosplay work, and what she is up to including conventions that she is either a hostess at or that she is cosplaying at.

While her private, personal Facebook account is most likely hidden and off-limits but to a select view, her official Facebook can be found at https://www.facebook.com/OfficialJessicaNigri/ which also represents her cosplay agency.

Her Twitter Username is currently https://twitter.com/ojessicanigri but keep in mind that Twitter usernames can be changed at any time – you can typically find her twitter as the first Google result, however

Her YouTube is https://www.youtube.com/user/jessicanigri which contains occasional uploads of her detailing her cosplaying chronicles, albeit in a somewhat spastic and obnoxious format

Her Patreon can be found at https://www.patreon.com/JessicaNigri which currently has 4,026 at the time of this writing

At this point, she does not have an active Kik to chat with fans – rather, she actively communicates with her fans through Twitter, Snapchat, and Facebook.