5 Rare Apple Products That Sold For a Lot of Money 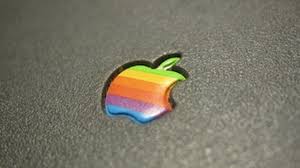 Apple is known for its great products and while the majority of them can cost hundreds or even thousands of dollars, there are some rare ones that have sold for a lot more in recent years. The list includes some of the products that were popular just a few years ago and some that weren’t even released by the company. Here are five rare Apple products that sold for a lot of money:

When we think of Apple, we think of iPads, iPhones, iPods and computes. But before most of those products came, the company was actually thinking about getting in the clothing business. One of its creations was an Apple branded sneaker, which was never released but 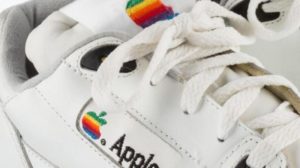 was given to employees. The sneakers are extremely rare and years go by before a pair appears online. Earlier this month, the sneakers were put on eBay with a starting price of $15,000. Ten years ago, a used pair sold on the site for $79.

The rare Apple sneakers didn’t sell for the $15,000 price but the sale began less than two weeks ago, so it wouldn’t be surprising to see someone buy them in the future. The sneakers were one of the clothing items created by the company but they are one of the most valuable as they never made their debut.

iPods are not as popular now as smartphones can also play music but many of us still have one at home. Most of the iPods have now been discontinued but some are actually worth a lot of money now. We’re talking about the very first iPods, which are now selling for thousands of dollars. The value of old iPods has increased in recent years and some are now selling for as much as $20,000. The original iPod is now 16 years old and while it was discontinued years ago, this music device is now considered a rare item.

In May, a rare Apple-1 computer sold for $130,000. The computer was auctioned in Germany and belonged to a software engineer, who had it since its release. The computer is extremely rare since only 200 of them were made. Around 60 of the 200 computers remain while only a few still work. The computer sold in May is actually one of the few that still work, which makes it even more rare.

Steve Jobs and Steve Wozniak designed and created these computers. They were sold back in 1976, with 50 of them going to a tech store that bought them shortly after their release.

Since the 2012 sale, other Apple products from 1976 have continued to sell for lots of money. The computer and motherboard are just some of the products that have sold for record breaking amounts.

The Apple Lisa 1 computer was not the very first release by Apple but it has still sold for lots of money in recent years. The first Apple computers currently hold the records for being some of the most expensive Apple items sold at auctions. But the Apple Lisa 1 is still a very expensive one. In 2010, a Lisa 1 sold for $15,000 on eBay. The sale was completed after 11 bids. The computer wasn’t a huge success when it was first released but now it is a rare item that many Apple fans want to have. The starting bid for the Lisa 1 began at $7,500 but it quickly doubled to $15,000. The Lisa 1 had a price of $9,995 in 1983, which is approximately $23,000 today.

The Apple iPhone and iPad cost hundreds of dollars but old releases continue to be extremely popular as Apple often discontinues many of them when it debuts a new version. It probably won’t be too long before we start hearing about rare original iPads. The first iPhones are already selling for thousands of dollars on eBay and other sites.