Coopersburg Sports Update- What Happened after The Profit

Coopersburg Sports Before The Profit

Coopersburg Sports was a company in Amish country, Pennsylvania that sold sports novelties. After Scott Dino began the company in 1991, he was almost immediately able to secure the rights to most major sports logos. He created the mini bat, put logos on them, and had the product available at almost every major sports center. That concept was very profitable, and Coopersburg Sports was able to pull in sales of $4 million every year. Unfortunately, it didn’t take long for their competition to come in and take away half of their profits. Marcus saw the need to upgrade the facility, and help them develop new processes. He is willing to jump in and help.

Coopersburg Sports on The Profit 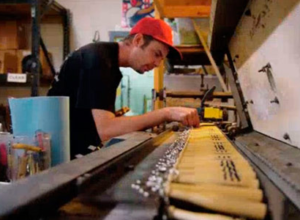 Marcus showed up at the Coopersburg sports facility and introduced himself to Scott, the owner. Marcus went into the installation. He immediately launched into the financials. Scott told him that they’d made $4.38 million in their best year, but they were more than half that now since the competition started getting heated. Marcus said that the reason that he was here to help out was that Scott had a relationship with all the major league teams to sell his mini bats at their stadiums. It worried him that there is a potential competitor that could take that business away.

Marcus mentions that the building was a bit of a wreck. Scott said that he inherited the building from his father. His father’s handle making business fizzled out once power tools started becoming more prevalent. Scott was able to use a lot of the equipment to start his sports and novelty business. Marcus saw the need for improvement.

Marcus was shown the way that they print the logos onto the bats. Scott had rigged up HP printers to print on bats instead of paper. Marcus wondered if they could use the same technique to write on anything else. While they never tried that before, Marcus saw it as an opportunity to make a high margin with customization.

Marcus met with the owner’s daughter next. She said that she helped with collegiate marketing, and also was doing about 30,000 other different things. His daughter, Jackie, said that things need to improve especially with inventory tracking, and tracking the order process. Their biggest problem at the moment was that they were 1200 boxes short of being able to fulfill in order.

Marcus discovered that Coopersburg Sports was deeply in debt. They owed $25,000 to the Mennonites who made their bats; they took out a $700,000 loan and Scott was personally out $800,000. Scott told Marcus that that was his entire life savings. He let Marcus know that they were expecting about $2 million in revenue for that year, which netted them only $50,000 in cash flow. That cash flow needs to be available to pay down their debts. Coopersburg sports was not a profitable business.

Both Jackie and her brother Ben, who managed the back room, informed Marcus that their dad was stuck in his ways and was not willing to take their suggestions on how to make the products more modern, or make the business run more efficiently. The space was cluttered, and they didn’t have a loading dock, so large orders were walked off of trucks. Marcus of the facility as a mess in a fire hazard.

Marcus met with Scott and his wife to discuss their financials. He asked how much the business would stand to lose that year. Scott said that as long as they hit the two million-dollar mark, they would break even for the year. Marcus stated that one of the biggest problems with the business was that the process was broken. Marcus advised him that if he wasn’t selling the bats to the major league baseball teams that Marcus wouldn’t be there. But to be successful in the future, Coopersburg Sports need to add more products.

Marcus offered Scott and his wife $630,000 in order to build out a new warehouse, get an inventory system and place, and pay off all the payables. Marcus wanted 50% of the business in exchange for that money. Marcus let him know that he was willing to lower his percentage, but he was not prepared to put any more money in. He agreed to the 30% that Scott wanted, but said that he would need a 3% royalty on every product that was sold

Marcus wrote out the check and asked him if he had a deal. Scott accepted, and he and Marcus hugged it out. Marcus had the traditional meeting with all of the employees of Coopersburg sports to inform them that he would now be 100% in charge, in exchange for making the deal. He explained that the system and the process in place were going to change for them to become more profitable. He announced that they would be getting a new facility, a new inventory system, and they would start developing new products with the resources that they already had.

Marcus clarified that they weren’t getting out of the baseball business, but they also didn’t want to compete directly with Louisville slugger, who already made the official baseball bat. Marcus found a new facility. He met with the owners of the building and wanted to negotiate getting a year of rent free. He offered them $8000 a month in rent but said that he would need the first year of rent free. They were able to negotiate down to nine months of free rent.

With the facility on the way, Marcus wants to concentrate on developing new products. He was nervous that Scott would be unwilling to change anything. Jackie had the idea to follow the latest trend of tailgating parties. They had an endless supply of new products to make for that category. Scott called a meeting with Marcus and the rest of his family to announce his resistance to making other products besides the baseball bats. Marcus let him know that he was trying to plan for the future, and new products would help him do that. Jackie asked if they could start looking at new products since this would just turn into a circular conversation.

Jackie said that she needed more products to sell on the collegiate level because baseball was not that big in college. She stated that she recently had a meeting with Penn State, who gave them a list of things that they needed. On that list were sports related cutting boards, cups, mugs, lighters, and coasters. Marcus gave them all the Simon to think of 20 other different products besides the many bad. As Marcus walked away, Scott said that he wasn’t comfortable with taking the focus off of the many bad since he’d been doing it for 25 years

Marcus had a meeting with Scott to discuss putting a process on his financials. Scott said that he recently change banks because his previous relationship with his other bank was not good. They spend a full minute doing a commercial essentially for a Chase business card. Next, Marcus met with Jackie to see how her ideas were coming along. She was having plenty of ideas, but they need a little tweaking.

Marcus went to visit a few parks in Pittsburgh. He came back to admonish Scott. He let them know that the many that was not in every park as Scott had claimed. Scott changed his statement that he made previously. He said that while the many bad was not in all 30 parks, they at least had one item from Coopersburg sports in all 30 parks. Marcus recognized immediately that that was not what he was told initially Marcus didn’t feel like he could trust Scott with his money. Marcus told Scott that he felt like he was being hustled, and Scott didn’t have a response.

Marcus let Scott know that he didn’t want to be in anything that’s not proprietary and insulated. He said that made him nervous that the mini bat was the only thing he had that was like that. Marcus then went to see where the bats were made. Marcus said that Scott needs to figure out what other products they could make at the same woodworking facility. Marcus came up with the idea make a licensed custom stool using baseball bats. Scott son Ben continued along with that idea, saying that they could do kids bedroom sets.

Marcus came back to Coopersville Sports three weeks later to see what the family was able to come up with. He was shown their typical trade show set up. They came up with baseball bat toothbrushes, the stool made of poles, and in two different sizes, Jackie came up with wood party ware for college tailgating parties. Marcus was impressed.

Next, Marcus took Scott to see the progress on the new facility. It seemed to be going well. He then took Scott to Bass Pro shops outdoor world, which was owned by a friend Marcus is. Marcus saw the new account as forcing the development of new products. They met with Kelly who was a buyer and Jim who was the owner of Bass Pro shops. Scott started off the sales presentation by explaining that they acquired their woodworking products from the Mennonites, and told a bit about Coopersburg Sports. Once they start going into the products, neither the manager or the buyer looked impressed.

Jackie took the meeting a step further by asking what their needs were as a company. She asked him about their demographic and said that the women’s demographic was growing. Jackie continued, saying that at home tailgating was becoming very popular. That also implied that she was paying attention to the trends in the market. Marcus like the way that the meeting went, saying that he liked the way that Scott was stepping back to let his two children shine. Marcus told the family that he was looking forward to their partnership. Let’s see how that went.

Coopersburg Sports Now in 2018 – The After ‘The Profit’ Update 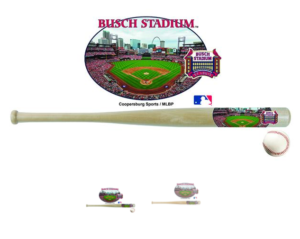 Coopersburg Sports is still going strong! They were able to obtain licenses for sports other than baseball, such as the NFL, NCAA, and NASCAR. They were able to score a huge order from Walmart, and their sales increased by a million dollars per year. But all is not sunshine and roses. Marcus has had to invest way more than the initial $600,000 because Scott keeps getting himself into holes. He spent $85,000 on a new printing machine without having any business to support the purchase. Only time will tell if they can make it through even with it’s owners reckless spending habits.