Growing Pains at Mr. Green Tea Update – What Happened After The Profit 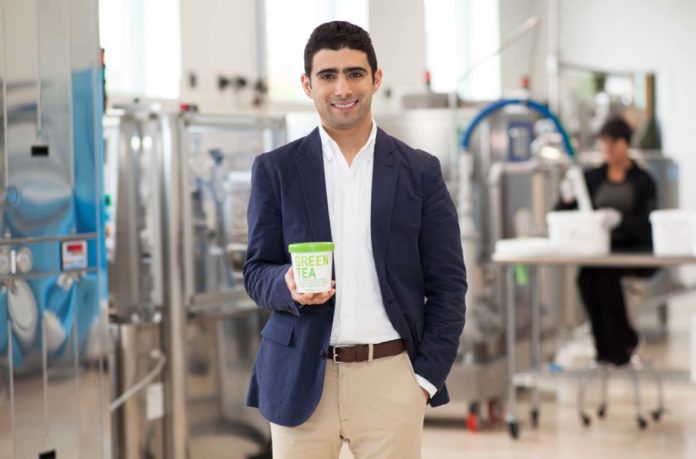 Mr. Green Tea Before The Profit

Long time viewers of the Profit may remember that two years before the airing of this episode, Marcus helped out Mr. Green Tea and their ice cream business go from almost failing to back on their feet, increasing sales by over 100% in that period. Starting out as a gourmet ice cream manufacturer in the 1960’s and focusing around flavors like Red Bean and Green Tea, this family business gained attention initially as an interesting endeavor into a newer market. However, since the newfound success has been had, problems have been arising. On the rise of a family feud that can be a problem to the business, Marcus and The Profit decide to revisit Mr. Green Tea to see what can be done.

Mr. Green Tea on The Profit

Before getting into new material, a recap is made of the previous episode which contains quite a bit of family drama, between father and son primarily. Despite the family issues, the Mr. Green Tea business is soaring as it is netting around $5 Million in sales.
The reunion seems to be a happy one, as Marcus is on good terms with everyone it seems. First up, Marcus wants to try some ice cream, with Michael (the son) developing some new flavors. There’s a slight problem in this though, as customers nor Marcus got a heads up on the new flavors, especially a controversial Black Sesame flavor. No testing had been done with any of the 4 new flavors, which goes against previous teachings of how to properly market a product. Michael bursts out about how it is not a big deal, and that only $10,000 was spent on making a test product, which both the father and Marcus note could be valuable elsewhere before correcting him that it could cost over $70,000 per flavor.

In terms of revenue, Mr Green Tea makes around $400,000 a year in pure profit. This isn’t bad, but the aforementioned flavor testing takes a giant bite out of that profit, and with 50% profit margins, every penny counts. This is due to product and labor costs. To bring this down, Marcus looks to lower the milk prices. The trio go to the back to work on financials. It seems that the business is going well with around $2 Million in business, but could be better as noted through the following discussion with Michael about pay increases as a result of performance. This then leads to Michael asking for a cut of the business as he has spent his career in Mr. Green Tea, to which his parents disapprove. He further states he has a mechanical engineering degree and could go get a better job without a problem. Marcus understands his view, but dislikes his behavior. Marcus and Michael have a one on one to then break down some issues. Michael asks for around 7 to 10% of ownership, and Marcus states he looks at Michael like a future owner. Marcus then states that a plan should be in place, but patience is needed.

Later, Michael and Marcus drop by a shop to give free samples to test the waters with the new flavors. The Chai Latte and Fortune Cookie do really well, but the Black Sesame was hit pretty hard, and Ginger seemed to be less than loved. Some work needs to be done clearly, especially with name and presentation. The name will apparently stay the same for legacy, but the packaging can be altered. To this end, the packaging designs are altered. The name of Mr. Green Tea is left off, and a new label is tossed off the printer for everyone to take a look. Michael took issue with this move, while everyone else tended to agree with customer feedback. Michael then walks off to be counseled by Marcus in the issue.

After this, the gang head to a creamy in Pennsylvania to try and work out a contract for lower wholesale milk prices. They end up taking a tour of the facility which is impressive just by the sheer size of it. Michael is able to drop the cost of a gallon of cream by $1 so long as they order 100,000 gallons, which is obviously significant, but also a bit of a risk if sales fall. Marcus and the team then drop by their pint making facility where Michael has stated some new equipment might be in order. This isn’t supported by Marcus, as the current capacity isn’t being fully used. This then creates another familial argument as both parents chime in that he’s not as frugal as he should be. Marcus tries to defuse the situation, but it overflows as neither group can handle their emotions well. 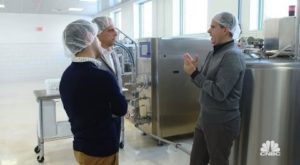 To chill from this scuffle so to speak, they meet to look into new flavors. One of them is a Mango Lime Habanero mix that is then tested by the employees who tend to really like the flavor. They then take this flavor over to a test location (10th Ave Burrito) to see how the public takes hold of it. This not only allows for the testing, but for Michael to be tested in sales, as Marcus wants to help Michael get some equity. This doesn’t go over too well initially with the owner of the place, but when Michael goes directly to the customers, things change rapidly. The owner changes tune and adds it to their menu immediately.

Next up, Marcus decides to renovate the truck delivery and logistics program using some new software as a means of cutting losses and improving efficiency. This allows for more product to be delivered, faster, and with less melt downs. Marcus then takes Richard, the current owner to Manhattan to discuss Michael. He then proposes Michael gets a cut, to which his father says he doesn’t inherent what he doesn’t earn. Marcus agrees, but states that Michael will outperform current levels if given a “taste” of equity. This ends up being a show moment for Richard, saying that he’d more or less toss his son out if he wanted to get out. This is mitigated as Marcus states it should be set up so that Michael’s equity is tied to profits or losses in the company, where he can earn up to 5%. This is eventually agreed upon.

Later that night, packaging is discussed among everyone. The fonts are changed to be larger and is made to be a better composite image. This impresses everyone, and Marcus tests Michael one last time in pitching their brand to a froyo company, 16 handles, to take over a handle. During the meeting, Michael handles the pitch gracefully balancing data and promise exceptionally well. What seals the deal is the Chai flavor which 16 handles tried in the past but failed to make. This ends up gaining Michael some equity after all.

After The Profit, sales have exploded across the northeast United States and Wisconsin with plenty of locations available for walk in purchase. Likewise, they have nationwide shipping available which can give customers a taste from Florida to Washington. Social media shows a strong following with an active userbase, which is certainly a positive sign in 2017. Most recently there has been a partnership between Mr. Green Tea and Key West Lime Pie Company which has only gotten fans of both companies even more excited. Given their growth, they could very well be the next Ben and Jerry’s, which is a pretty cool conclusion to a previously hot headed family business.