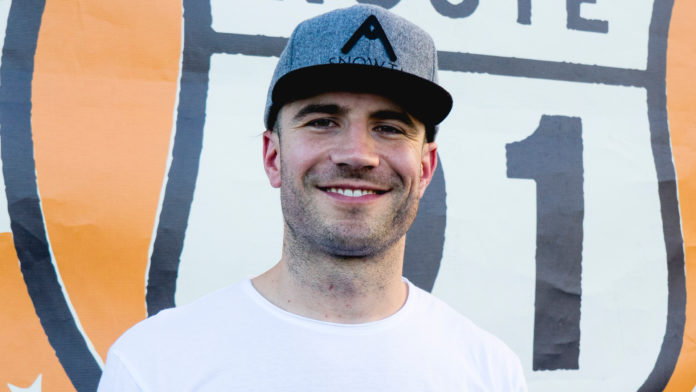 I had never heard of this guy until yesterday. I like Country well enough, but it’s mostly Hank Williams, Sonny Curtis and Johnny Cash. New fangled pop country never really appealed to me. So in prep for this article I went and listened to some Sam Hunt, and honestly I found it to be a bit of a mixed bag. His debut, and so far only record, is a mish mash of conflicting genre styles. When it works it is sublime, but when it doesn’t it sounds a little to radio friendly for my liking. Break Up in a Small Town is astoundingly good though, good enough for me to have it in my Country playlist. He is a force on the modern country charts, that goes without saying, and with a new record due out soon I expect to see the net worth figure I have down there grow by quite a bit.

Soi let’s take a stroll down the life of Sam Hunt, see how he has been making his money, and see what he’s been doing since the 2014 release of Montevallo.

How Did Sam Hunt Make His Money & Wealth? 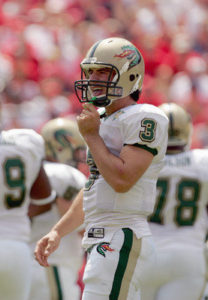 Sam Hunt was born in Cedartown Georgia. Always a big guy, he played quarterback in high school and university. He majored in philosophy and graduated with a degree in business. He played music from a young age, but his skill at football was something that he wanted to se through. He was invited by the Kansas City Chiefs to try out at their training camp. After two months with no success he gave up, moved to Nashville and pursued a career in music.

He had a knack for songwriting, and early in his career he sold song to other artists. There is good money in that, and he was pretty good at it. He started releasing songs for free online, but it wouldn’t be until 2014 that he signed a recording contract. MCA Nashville signed him in January 2014, and in August of that year he released an EP, titled X2C. It ws a commercial success, selling more than 8,000 copies in its first week, and landing at number 5 in the country album charts. His first single, Leave the Night On, went to number one on the Country Airplay Charts, and is now certified platinum. The track is pretty standard pop country, and one that I wasn’t very taken with. The breadth of Sam’s influences cannot be heard in it, which is a shame.

His debut album was released in October of 2014, alongside an acoustic album comprised on his hits, and the hits he wrote for others. A deluge of material released at once, not too much of a surprise that he took a step back after. The record, Montevallo, sold enormously well, reaching number one in the country charts, and hitting number 3 in the Billboard Hot 200. The album served as the launching point for a number of singles, released slowly between its release in late 2014 until late 2016.

Just this February Sam Hunt released a new single, Body like a back Road, the lead from a new record, his first in three years. The track is well put together, but like Leave the Night on I found merely inoffensive. I am looking forward to hearing the album. He has toured extensively, headlining a tour in 2015, and supporting many other tours. It is likely his schedule that has kept him out of the studio.

Sam Hunt’s songs receive a lot of airplay, and that means money in the bank. When we add in the touring money and the record sales we have a clearer picture of his wealth. The figure I quote might seem a bit on the low side, but Country is not pop, there is less money in it to begin with, and a lot of competition as well. the other pillar to pay attention to is the online presence. His social media, and the money generated by YouTube and Spotify is not to be overlooked. With a new album due out this year that figure is likely to rise by quite a bit, so maybe I’ll come back come years end for an update.

He is. Sam Hunt was married only recently, to Hannah lee Fowler. She served as the inspiration behind his 2014 Montevallo record. Well, their break up back then spurred on the song writing. They reunited in 2016, and we engaged not long after. The couple had a low key wedding in her home town.

Does Sam Hunt have any children?

Not at the moment no. The newly wed Hunt has stated that he intends to start a family soon though, so watch this space.

How many siblings does Sam Hunt have?

What team did Sam Hunt Try out for?

In 2008, after finishing college Sam was invited by the Kansas City Chiefs to play in their training school. Much to the surprise of Sam and his extended family there was no interested in him as a player. Dismayed by the two months he spent there he moved to Nashville. A good move as it would turn out, seen as he is a famous singer/songwriter now.

Where is Sam Hunt from?

Where can I watch Sam Hunt?

Sam Hunt is playing all over the place this year. His next gig is actually tonight, in Raleigh, NC. He has dates extending all the way until early next year, all of which are displayed on his official site.

What Philanthropic endeavors is Sam Hunt involved in?

Sam Hunt is primarily involved with raising money for the education sector. he has played numerous charity events to help raise money, and has donated himself. I cannot find specific information on other kinds of philanthropic endeavors.

When will we hear new music from Sam Hunt?

That is a tricky question to answer. His record label as stated that there is a timeline for a new album in the future, but Hunt has contradicted this, stating that he is at a stage of his life where he does not want to give music 100% of himself anymore. With the break up with Hannah Fowler being the impetus of his first record, and with him now being married to the woman, this is easy to understand. Still, fans are holding out hope for a release this year.