Iggy Azalea Net Worth 2018 – How Rich is the Rapper Actually? 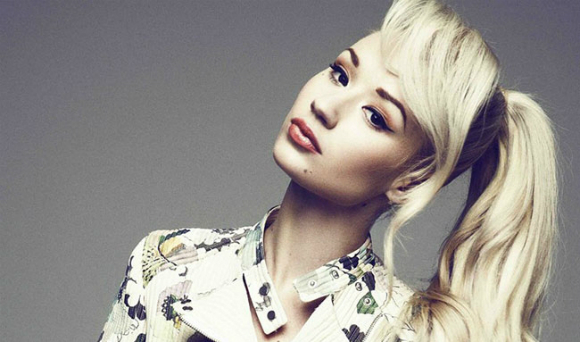 Australian Rapper Iggy Azalea has broken many barriers in her life. At the young age of 16 she moved to the United States to pursue a career in music. Now 27, the rapper is one of the most successful musicians of her generation. Azalea broke into the mainstream after the release of her debut album The New Classic in 2014. Her singles such as “Fancy”, “Work”, and “Bounce” topped the charts for weeks on end. Azalea has been nominated for many prestigious awards, including four Grammy nominations.

How Did Iggy Azalea Make Her Money & Wealth?

Before the release of her first album, Iggy Azalea released several successful and controversial singles that brought her into the public eye. She leveraged this attention to her advantage to help her first and second full-length albums top the charts.

Although initially resistant, Iggy Azalea became a model after receiving numerous offers from influential companies. She has also collaborated with Steve Madden to create a signature shoe line. She is also extremely influential on social media, with 10.3 million followers and counting on Instagram.

How Did Iggy Azalea Earn her Money and Wealth?

Unlike many mainstream musicians, Iggy Azalea was not born into a family with wealth or connections. Her real name is Amethyst Amelia Kelly. She was born on June 7th, 1990 to Brendan and Tanya Kelly. Brendan Kelly was a painter and comic artist, while Tanya was a hotel housekeeper. The family lived on a 5 acre plot of land in the small town of Mullumbimby, New South Wales – a rural town with roughly 3,000 residents.

Iggy Azalea first started listening to hip-hop and rap at the age of 12. She taught herself to rap when she was 14, and realized shortly after that rap music was her calling. Azalea created a rap group with two friends, but quit after realizing they didn’t take it seriously. After the group dissolved, Azalea realized she would have to travel to rap’s homeland to launch a career.

Shortly after she began rapping, Iggy Azalea dropped out of high school to work and save up money for her move to America. She worked long hours cleaning hotels with her mother to save up money. Right before she turned 16, Iggy Azalea traveled to the United States. She was originally visiting a friend. However, she abruptly changed her mind after realizing she was closer to the action than ever before. The visit became a permanent stay.

Iggy Azalea was able to earn her GED while leaving the country every three months to renew her visa. She worked illegally to make money, but now lives in the United States on a five year O Visa.

After landing in Miami, Iggy Azalea relocated to Houston. She then moved to Atlanta, Georgia, where she lived for several years. Azalea met several future collaborators in Atlanta and was heavily influenced by southern rap. In 2009, she moved to Los Angeles to get closer to the music industry.

In 2011, Iggy Azalea independently released her mixtape, Ignorant Art. The tape blended elements of southern rap with trap music. In particular, her song “Pu$$y” was a controversial smash hit.

The exposure created from the song’s music video resulted in Iggy Azalea being signed to Wilhelmina Models International. Azalea then appeared on the cover of XXL magazine, making her the first non-American female to do so. She was the opening act in the XXL Freshmen Tour in 2012.

Iggy Azalea teamed up with producer Diplo in 2012 to create her second mixtape, TrapGold. She also opened for future collaborator Rita Ora during her 2012 tour.She signed to Island Def Jam and Mercury Records the following year. After two years of touring and recording, Azalea released her debut album The New Classic. An extensive cast aided in the production of the album, but Azalea was still involved in the writing of every song.

The New Classic catapulted Iggy Azalea into the mainstream. It blended elements of southern rap, trap, pop, and electronic dance music in a manner that had not been before. Azalea’s unique vocal style combined with the genre-bending beats made The New Classic an instant hit. It debuted at number three on the Billboard 200 Album Chart. A month after the album’s release, her single Fancy with Charli XCX and Problem (by Ariana Grande with Azalea as a secret guest) reached the first and second spots on the Billboard Hot 100 Singles chart.

Iggy Azalea revealed the title of her second album, Digital Distortion in October of 2015. Although the album’s release was initially scheduled for 2016, she was forced to delay its release to 2017 due to struggles with management and her personal life. 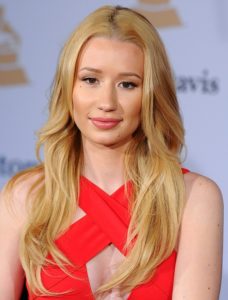 Iggy Azalea began dating Los Angeles Lakers player Nick Young in November 2013. They announced their engagement in June 2015. However, Azalea broke up with him in 2016 after Lakers teammate D’Angelo Russell leaked a video wherein Young admitted infidelity. The breakup resulted in the delay of her second album’s release.

In an interview with Vogue, Iggy Azalea candidly admitted to undergoing several cosmetic procedures. Her first plastic surgery was a breast augmentation, followed by a nose job. Although she was initially wary of making her young female fans feel insecure, Azalea stated she underwent the procedures knowing they would not make her perfect.

The stage name of Iggy Azalea comes from the name of her childhood dog and the street her family resided on in Australia. Her family still resides in the same house she grew up in.

After meeting Nick Young, Azalea moved in a 3.45 million dollar Los Angeles mansion she purchased from Selena Gomez. The couple listed the home after their breakup. Azalea purchased a second mansion in March 2017 for an undisclosed price.