Vision Quest Update – What Happened After The Profit 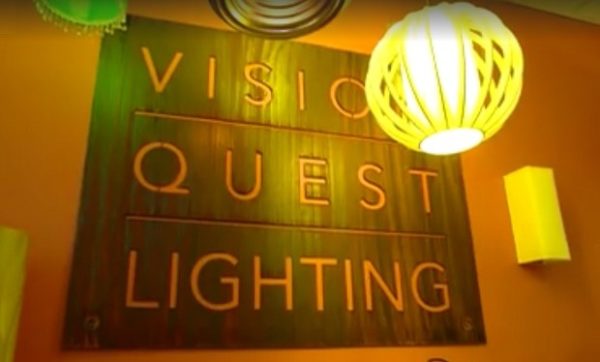 Vision Quest Before The Profit

Starting in 1996 as the owner, Larry Lieberman was a theatrical lighting professional before turning business owner. Aiming primarily at large national contracts, Vision Quest has worked with names like Universal Studios (doing the primary lighting for Wizarding World) and large fashion chains like Abercrombie and Fitch. However, due to downslopes in sales, the company has had to suffer major cutbacks in the ability to employ people and have thus hit a deadly downward spiral. To stop this and relight the faith in the company, Marcus Lemonis and The Profit step in.

Vision Quest on The Profit

Heading over to just outside of Long Island, New York, Marcus pays a visit to Larry Lieberman at the Vision Quest HQ. The two immediately hit it off as Larry is remarkably excited to see Marcus, and the two start talking shop. Based wholly in national “big accounts”, Larry has amazing designs wanted everywhere, but has profit margins that are less than ideal. In walking around the facility, it’s obvious that employee cuts and quits have made some issues for themselves in downsizing. A tour of the facility floor shows it’s a bit of a mess, with inventory being even worse. This may have been a trick to try and inflate the value of the factory in case of financial troubles.

Speaking with more employees, it becomes clear there’s a leadership issue which Larry has tried to cover by micromanaging as much as he can manage. In speaking with sales, it becomes clear that poor contracts are a bit common, with a Hollister contract dropping to 1/3rd of what it was. When Marcus asks Larry in private, the reason he called Marcus was due to giving the business money from his family and he doesn’t know what to do anymore. After this, the family shows up and Marcus talks with the wife, which shows some cracks forming in the relationship especially due to the use of the college fund to pay for the business. Likewise, it appears that the house is put up as a pledge for the business, and the wife apparently wasn’t aware of either.

Next discussed is finances, with assets of $1.95 Million and liabilities of $1.50 Million. This isn’t exactly a rosy picture though as $1,237,000 of that cash is tied into inventory, which Marcus estimates is less than half that value. This makes the company actually underwater, despite a few good months of sales. Marcus enjoys the fact that the product is great, and manufacturing is in house which does sweeten the prospect. His offer is $375,000 for 50% of the business to hire some new staff, pay down debt and have working capital. This is with the understanding further expenses may be incurred. Larry accepts the deal, and jokes that his grandfather is 101, so they’ll be partners for quite some time. Marcus jokes back that unless he’s killed, he’s sure to outlive Larry and they shake on it.

The next morning, the staff is brought together to have a full meeting. While Marcus promises good thinks, the staff is less than enthused, saying they’ve heard this before, and Larry admitting his wife isn’t the only family he’s let down and adamantly stating this time things will change. Marcus then tours the factory with the employees to see what can be done. He then plays hard ball with Larry about the junk in the factory and how much risk it’s caused him. The staff then goes through everything to determine what is and isn’t valuable. This isn’t easy for Larry as Vision Quest is filled with memories for him, but the band aid needs to be ripped off.

Marcus then takes Larry and the sales manager over to Gotham Lighting to drum up a bit of business. Primarily a distributor, Gotham could use Vision Quest as a manufacturer, which would help both companies along. This seems to be a match made in heaven as the Gotham owner says it can double Vision Quest’s business. Heading back to the factory, things don’t look good as the equipment is from the oldest of schools. As a result, Marcus insists to take him to Fab Tech to talk equipment which quickly shows how expensive it can get to upgrade. These upgrades pay off quickly though, and the pair make a purchase of a CO2 cutter for around $375,000. They also purchase a few more items to put the bill at over half a million dollars, but with significant return on investment, with between 55-85%.

Later, Larry brings an old friend and employee up to Marcus to potentially hire, which looks to be a good idea given his performance. An inspection of the product for Gotham shows promise thereafter, but hits a stumbling block when a missing piece is discovered. A week later, Gotham and Vision Quest meet again to update on the contract. Gotham’s customer loved the sample, but the delay was an issue. This makes Marcus require a project manager to be hired. Back in Chicago, Larry and Marcus meets an old viewer favorite, Sweet Pete’s, to see what needs to be fixed with the location. Larry really shines in terms of designs, but stumbles on thinking his company can produce what’s needed in two weeks. With a new manager, the company shows promise but in working with Sweet Pete’s grand opening it’ll be a nail biter. With less than one minute left, the team handles the deadline, which shows a great deal of promise from the company, and displays fantastic designs.

After the show, partnership with Gotham has continued despite initial hiccups as has their ability to do lighting jobs with Sweet Pete’s, which has been a big boon for business. Closer to 2017, the company acquired Lighting & Electronic’s product line which has further expanded their business opportunities. Most recent contracts in 2017 have included a casino floor and several luxury shopping brands who likely paid top dollar for high quality fixtures. With the motto of Custom Lighting for Custom Minds, it appears that Vision Quest has retained their sense of creativity and can only look to a bright future ahead.