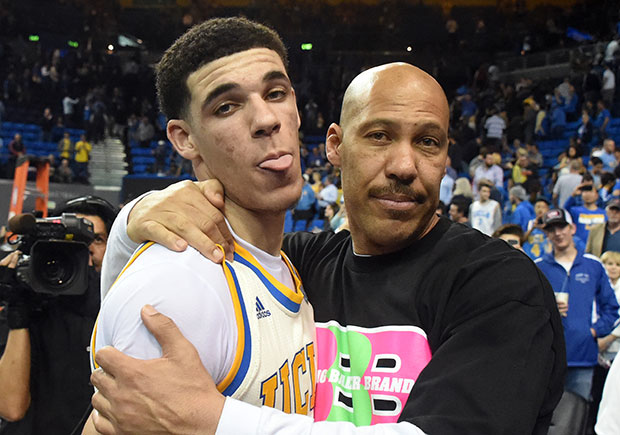 Some people in this world with the skill, knowledge, and savvy to take any situation they’re in and not only make the best of it but turn it into something truly amazing. LaVar Ball would be one of these people who took life and made it work for him and boy, has it all paid off! From his own sports roots to raising a family of basketball prodigies to starting his own business and propelling it into the big time, LaVar is a man with a plan. Just how much is this ‘big baller’ worth and what are the secrets of his success?

How Did LaVar Ball Make His Money & Wealth? 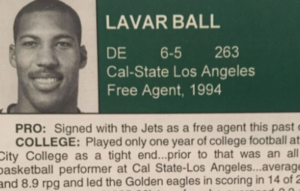 Born October 23, 1968 in South Los Angeles, California, LaVar was one of five children and showed athletic promise from a very early age. He played quarterback for the football team and forward for the basketball team at his alma mater, Canoga Park High School, earning athletic distinction. A physical powerhouse by the time he entered college (6’4″ and 225 lbs), LaVar started at West Los Angeles College playing basketball and then transferred to Washington State, reprising his high school role as a starting forward. After a very successful season, LaVar then transferred to Cal State Los Angeles, competing at the NCAA Division II level but college wasn’t just about the (basketball) court as he also studied criminal justice with the hopes of someday becoming a US Marshal. Not content to just be a college basketball player, LaVar also spent a season playing football (tight end) for Long Beach City College.

After college LaVar was invited to a football tryout and took a chance to make it on the field, which resulted in him signing with the New York Jets as a defensive end on May 1, 1994. Ever the ambassador of American sports, he was loaned to the London Monarchs (World League of American Football, WLAF) in 1995 and showed the world what a little bit of California-grown muscle can do. Back in the states, LaVar also spent a bit of time as a member of the practice squad of the hard-hitting Carolina Panthers, helping the team improve their game. Life wasn’t just about the court and the field, however. While at Cal State Los Angeles, LaVar met Tina, also a collegiate basketball player, and eventually the two married and had three sons, Lonzo, LiAngelo, and LaMelo. Picking up on the incredible potential of his boys, he started training them young and instilling them with discipline and the values of a sports hero. This dedication paid off, as Lonzo currently plays for the LA Lakers, LiAngelo plays for the University of California Los Angeles (UCLA), and LaMelo plays point guard at Chino Hills High School.

Not content to let his son Lonzo be used by impersonal sports merchandise mega-corporations, LaVar started his own business, Big Baller Brand. In a time when more African American owned businesses are always needed, he recognised a market need and preferred to take control of the merch directly rather than play second fiddle, selling Lonzo’s signature sneaker, the ZO2, directly through Big Baller instead of simply selling the licencing. It remains to be seen if this gamble pays off but LaVar isn’t known for failure. 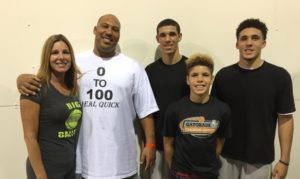 LaVar is married to Tina Ball (Slatinsky), who he met while in college at Cal State Los Angeles, where she also played basketball. The two married in 1995 and the rest is history! While Tina prefers to keep out of the family spotlight, it’s common knowledge that she trained as a physical education teacher and is currently a middle school athletic director in Montclair, California. Also no slouch when it comes to the family business, Tina is the co-founder of LaVar’s Big Baller Brand, worth an estimated $4 million. He’s previously told press that when he saw Tina, it was love at first sight and he (a bit cocky, he admits) told her that they’d someday marry and raise several boys. It seems this royal family of basketball was literally meant to be!

Did LaVar go to college?

LaVar didn’t just go to college, he went to several! Starting at West Los Angeles College (playing basketball) he then transferred to Washington State, and then to Cal State Los Angeles, before spending a season playing football (tight end) for Long Beach City College. Speculation abounds of the sheer amount of alumni emails he gets a day!

Where does LaVar live? 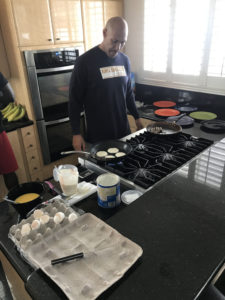 LaVar lives with his wife and sons in Anaheim, California. Their home, the ‘Ball Family House’, is spacious and clean, full of mementos of his and his wife’s past sports glories as well as their children’s current achievements. LaVar’s favourite place is the kitchen, however, and he enjoys cooking for the family, feeling a sense of pride as he helps fuels the next generation of the Ball legacy. There’s a lovely basketball court and pool in the backyard as well as an entire room devoted to the Big Baller Brand business and merchandise. Far from a hovel, the couple could afford a mansion twice the house’s size but prefer to live well by example, teaching their boys proper values that will serve them in their adult lives.

How big is LaVar’s company?

Currently worth $4 million (though for-sale estimates may be higher) Big Baller Brand is still a start-up, family-run business but due to LaVar’s tireless promotion and savvy, it’s a name that’s on a lot of lips. Gaining traction and going viral, the ‘BBB’ cites itself as a “lifestyle apparel company founded on core family values” and carries outerwear, shirts, and hats (men’s, women’s, and children’s) as well as footwear and the famous (infamous?) ZO2 sneaker.

What’s behind the LaVar controversy? 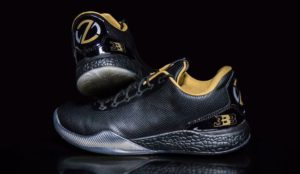 LaVar Ball has been in the media recently due to the rather competitive pricing of the ZO2 ($495), responding to critics that the price-point should be no concern for “a real baller”. In fact, his reasoning is based on a history of extravagant prices on premium sports footwear (remember Air Jordans?). Further, it would be hypocritical to suggest that sports footwear shouldn’t have luxury brands when so many similar brands exist for every other kind of footwear. LaVar has also made some very controversial statements on his sons’ athletic abilities (though the Ball boys do seem on-track to prove him %100 right) as well as his own during his college prime years. However, a proud father is entitled to brag (ok, a little) and if there’s two things LaVar Ball is known for, it’s his self-confidence and outspokenness, traits that have serve him well thus far.

From humble beginnings in high school and college sports to time in the NFL to raising the next generation of basketball prodigies to running his own business, LaVar Ball has seemingly done it all. What’s next for entrepreneur and supreme sports dad? The world of the NBA is a high-octane place full of excitement, suspense, money, and glory and it’s here that he’s led his oldest son, watching proudly from the sidelines as Lonzo makes the family proud. The name LaVar Ball might just soon become a household name and Big Baller Brand might be the next Nike in a few decades, only time will tell.