Bruno Mars Net Worth 2018 – How Rich is the Singer Really? 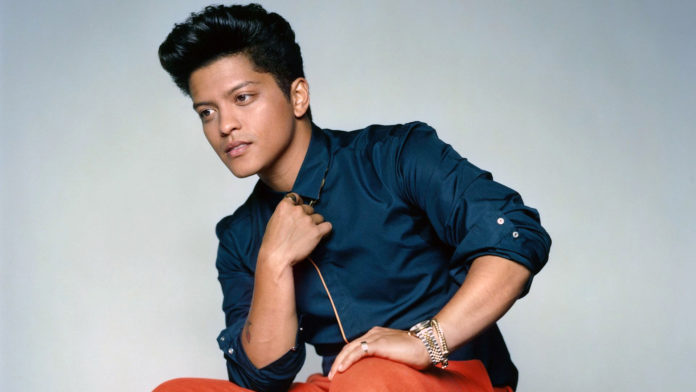 I would not have called myself a fan of Bruno Mars until yesterday. His music is good, but not my genre. He looks and sounds like the kind of pre-packaged pop that the music industry has been selling since time immemorial, but a look through his life tells you that that is just not the case. He writes his own material, he sells songs to other artists, and he can play multiple instruments well. I had no idea, so while I am still not a fan of his music, you have to respect the talent the guy has. His whole life seems to have been leading to his stardom, from his younger years in Hawaii, playing all kinds of genres with his family, to his rougher spots in L.A., where they tried to pigeon hole him as just another Latino singer, to the day he sold the song Lost to Menudo, Bruno Mars has put in the time, and has the chops. But how much is he worth?

Let’s take a look through his life, see how he got to where he is today, and how he amassed his impressive fortune.

How Did Bruno Mars Make His Money & Wealth? 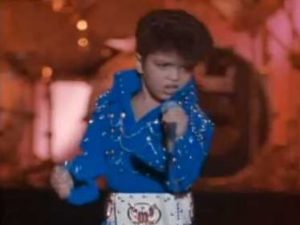 Peter Gene Hernandez, better known as Bruno Mars, was born in Hawaii in 1985. He comes from a musical family, and grew up listening to and performing a wide variety of genres. His father played classic 50s rock and roll in the vein of Little Richard, his mother was a singer and a dancer, while his uncle was an Elvis Impersonator. Bruno got his first taste of the stage as a little Elvis as well. In his early teens he discovered Jimi Hendrix, like we all do, and took up playing guitar. He played in a band at school, and performed at a variety of venues with his family. After High School he played around Hawaii for a few months, making enough money to live on, before moving to L.A. to pursue a career in music.

His time in L.A. was difficult. He was more than able to make ends meet in Hawaii as a working musician, but doing the same in L.A. was just not possible. He took up many positions in the business, even try his hand at Djing, but found he had no aptitude for the turn table. He signed to Motown records in early 2004, but the deal went no where. It would still prove to be a boon to the young Bruno, as it was here he met Philip Lawrence, who would be his partner in song writing, and backing vocals, for many of Bruno’s hits.

He was dropped from Motown after a year and was signed up by Steve Lindsay. Lindsay would have a major impact on Mars, teaching them the basics of writing Pop songs. Not long after Lawrence was told to go and met Bruno, to collaborate on song writing. He was encouraged by Will.I.AM. to do whatever it took to get out to him. It proved to be great advice, as one of the songs penned at this time was sold to Menudo for $20,000, enough to tide Mars over for another while. He performed at a number of venues with a band, including his brother, now the drummer for Bruno Mars’ backing band The Hooligans.

It would still be several more years before Mars got signed and exploded in terms of popularity. In the time between 2006 and early 2010 he continued to write and sell songs, becoming an established producer as well. It was a lucrative time, but pales in comparison to what was to come.He wrote and produced for artists like Flo Rida and Alexandra Burke. He started to break through after being a featured artist, and co-writing, hits for B.O.B. and Travis McCoy. He also collaborated with CeeLo Green on two tracks, including Fuck You, better known on the radio as Forget You.

2010 was the year he took off, and his debut solo single, Just The Way You Are, peaked at number one. the record the single was from sold very well, and the rest is pretty much history. He won his first Grammy the year after, and his releases routinely sell in the millions, while his live shows are packed. He still sells music to other artists, and appears on their tracks, both very lucrative.

The profile of Mars’ opinion is not to be undervalued, and is social media presence is a pillar of wealth that many celebrities are taking advantage of. He has endorsement deals with a variety of firms, including Pepsi, Bench and NJOY. When we add in the money generated from media platforms like YouTube and Spotify that $39 million figure is easy to understand.

Bruno Mars is not married, but he has been in a relationship with model Jessica Caban since 2011. Caban is a fashion model and Actress, having appeared in a few TV shows. Her last role was as Sonia in two episodes of Jane the Virgin.

Does Bruno Mars have any children?

He does not, though there are rumors of pregnancy for Jessica Caban. He comes from a fairly big family, with one brother and four sisters. His brother, Eric, is also a musician, playing drums for Bruno’s backing band The Hooligans.

Where is Bruno Mars from?

Bruno Mars was born in Hawaii to Pete and Bernadette Hernandez. His mother was born in the Philippines while his father was born in New York, of Puerto Rican and Eastern European Ashkenazi descent. Considering his background the fact that early in his career he was advised to sing in Spanish is ridiculous.

Where does Bruno Mars live? 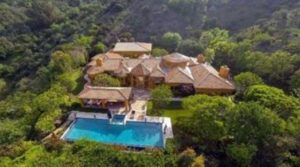 Bruno Mars recently bought a lavish mansion for 6.5 million. The place is huge, situated on Lockridge Rd., Studio City, CA. it has seven bedrooms and eight bathrooms. He also owns a more low key place on Mulholland Drive, which he bought in 2012 for $3.2 million.

What Philanthropic endeavors is Bruno Mars involved in?

Bruno Mars is very active in the world of philanthropy. He supports a wide range of charities and causes, including The American Red Cross,  Global Citizen and The Grammy Foundation. So far as I know he has yet to set up any foundations himself, but considering his generosity I think it is only a matter of time.

Where can I see Bruno Mars this year?

Mars embarked on his 2017-18 tour in March of this year, playing dates all over Europe. He returned to the US in July, and is playing all over the country. The tour is ambitious, encompassing the globe and will go on until May 2018. The Antwerp gig, the first stop on the tour, drew in $3 million, so I expect this set to be very lucrative for all involved. The exact dates are up on his official site, but frankly Wikipedia has them in a more convenient format. For fans of Mars, this really is going to be a good year.