Lonzo Ball Net Worth 2018 – How Much He’s Already Made 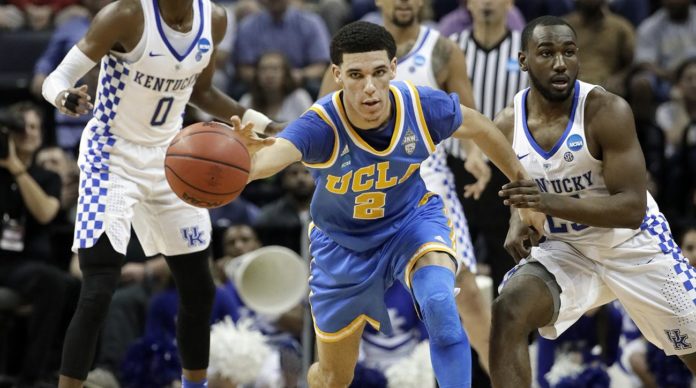 It wasn’t so long ago that everyone pumped up their high-tops and wanted to ‘be like Mike!’ but how many people made that dream come true in the NBA? Lonzo Ball is a powerful up-and-comer determined to see out his dreams of glory on the court under the big lights instead of the basket nailed to the garage. This big baller is young but is the hype for real? What’s it worth to be a top college and national player, shooting both for the stars and for the extra point? Let’s take a look at this basketball prodigy’s rise to stardom.

How Did Lonzo Ball Make His Money & Wealth? 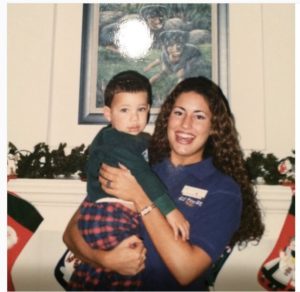 Born Lonzo Alexander Ball on October 27, 1997 in Anaheim, California, the child of two former college basketball players, young Lonzo was destined for the court. He started playing basketball at the tender age of 2. Along with his younger brothers LiAngelo and LaMelo (who are both currently committed to play college basketball), he played for various youth league teams, usually coached by his father, LaVar (who played for Washington and Cal State in the NCAA Division II). High school was where Lonzo began to truly shine, playing on the Chino Hills High School team and as a senior, leading the school to a 35-0 record-breaking season and a state title. His amazing stats and talents did not go unnoticed and his time in high school ball brought him the attention of the media as well as major scouting outfits, who rated him a five-star recruit and eagerly competed for his time.

In November, 2015, Lonzo released a written statement of his intent to play for the University of California, Los Angeles (UCLA), the Bruins, a team with a serious NCAA pedigree. If he shone in high school, now Lonzo went supernova. In his first collegiate game he scored 19 points, assisted in 11 drives, and recovered 8 rebounds. With him at the helm, the Bruins reversed from their poor record the previous year (15-17) and rose through the rankings, becoming the top scoring offence in the entire conference. Lonzo took the Bruins to the top, defeating Texas A&M to clinch the championship at the prestigious Wooden Legacy tournament, where he was named MVP. It was clear Lonzo was heading for the big leagues when nearly 24 NBA executives showed up to watch him lead UCLA to victory over the Washington Huskies. In the NCAA Tournament, his ‘March Madness’ was at an all-time high and though the Bruins were eliminated in the Sweet 16 round, Lonzo announced his intention to declare for the 2017 NBA draft and hired an agent.

Speculated as a top-3 draft pick, Lonzo was selected in the second round of the draft on June 22, 2017 by the legendary Los Angeles Lakers, and he signed a 4-year rookie contract worth an estimated $14 million. Lonzo Ball’s hard work and incredible natural talent had paid off, winning him the coveted dream of NBA star. 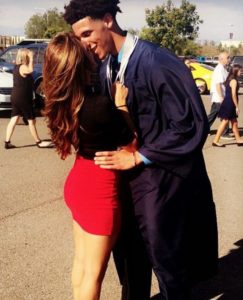 Lonzo is not married but sorry ladies, he’s not single either! Since he prefers to keep his private business, well…private, it’s unknown how long Lonzo’s been dating Denise Garcia but it is known that they met while at Chino Hills High School. Denise (21), graduated and moved on college. A seriously gifted athlete herself, Denise tore it up on the soccer team and in high school and at both Seattle University and later UC Riverside, where she’s studying to be a registered nurse anaesthetist on track to graduate in 2018. By his and his family’s side during the draft pick, Denise was overjoyed that Lonzo signing with the Lakers would mean and end to the long-distance part of their relationship. Is there a ring in their future? Only time will tell but they’re both young and there’s still plenty of time to enjoy the carefree life before taking the plunge.

Did Lonzo go to college?

Lonzo most certainly went to college. As above, he signed with UCLA to play for the Bruins where he led the team through an amazing 31-5 season. Though an undeclared major while in college for the 2016-2017 season, it seems Lonzo has chosen basketball as his career, as securing an agent and announcing his intent for the 2017 NBA draft meant he could not return to college on his current (athletic scholarship) terms. Should he ever want to go back for a degree, he would be free to apply and enrol as per any other student.

Where does Lonzo live? 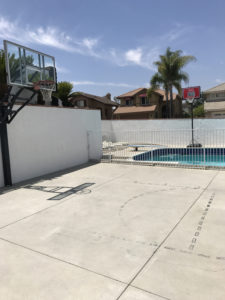 When he’s not away with the Lakers, Lonzo lives in his family home with his parents (LaVar and Tina Ball) and his little brothers in Anaheim. The ‘Ball Family house’ is a bit of an understatement, however, as it just describes the structure, not the home at the heart of this loving athletic family. The kitchen is where some of the magic happens, where LaVar whips up ‘Big Baller breakfasts’ for his family and fuels his sons’ passion for the win. There’s a modest basketball net out back, which would seem quaint and humble in any other backyard in America, and a small pool, commonplace in California. Of course, there’s a room full of the trophies and accolades of Lonzo and the Ball brothers as well as a case of LaVar’s ‘Bill Baller’ brand sports merchandise.

Has Lonzo won any awards?

What is Lonzo’s current salary?

Currently on a 4-year rookie contract with the Los Angeles Lackers, Lonzo’s yearly salary sits at an incredible estimated $4.5 million a year. It’s hardly eye-popping by professional sports standards but it’s certainly better than minimum wage! With assumed bonuses, it’s a contract worth about $14 million for its life and doubtless, with how Lonzo’s been performing, the Lakers may be eager to extend it.

What does Lonzo do with his wealth? 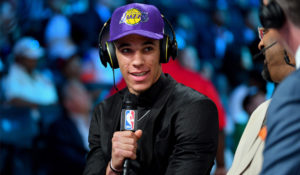 While he may be humble and private, Lonzo Ball isn’t above living it up a little. His father LaVar’s company brand is Big Baller and that’s a very good description of some of the family’s style choices. Lonzo has been seen behind the wheel of a gorgeous Rolls Royce (his little brother LiAngelo drives a Porsche) and while he’s always been somewhat of a spokesperson for the Big Baller series, he’s also been seen wearing a hefty amount of Nike (a possible sponsorship deal in the works?). His Intagram shows fun times with his family and team-related pictures, certainly no wild parties, shopping sprees or sudden international vacations here. Not every young sport celeb adapts to a life of fame and wealth but Lonzo seems to be keeping a cool head, both on and off the court.

Where will Lonzo go from here? Only up. At the start of a very promising NBA career with the Lakers and boasting an estimated net worth of $14 million, he has the world at his feet. Lonzo’s little brothers LiAngelo and LaMelo are also on track to join their brother in the stars as they’ve both verbally confirmed their intent to eventually play for UCLA and try for the NBA. The Ball family must be doing something right because Lonzo Ball has a bright future ahead of him; a true ‘big baller’.