Mackenzie Ziegler Net Worth 2018 – How Much is The Dancer Worth? 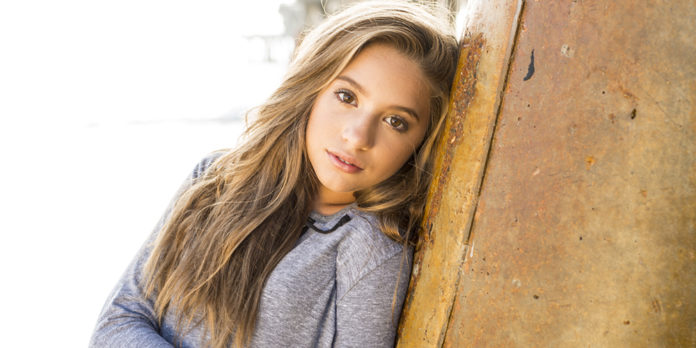 In July of 2011, the television network Lifetime released a brand new American reality t.v. series that would later become one of its most popular to date. Dance Moms is a show that follows the lives of dancers who train at and perform for the prestigious Abbey Lee Dance Company. Abbey Lee, the owner of said company, is known for her strong personality and even stronger desire to make her girls the best of the best. Throughout the series, the girls on the team are put through rigorous training sessions and fierce competitions. Should any one girl not be able to keep up, in the words of Abbey Lee Miller “everyone’s replaceable”.

One of the star students in the show, and perhaps the one to proclaim the most fame from the show, is Maddie Ziegler. She has a natural talent that stands out among the rest. For the past few years she has worked closely with the musical artist, Sia, in addition to appearing in many interviews and attaining a few acting gigs. However, Maddie isn’t the only talented Ziegler to have come from Dance Moms. Her younger sister, Mackenzie, has fared almost as well. Now, only at age 13, Mackenzie has become a popular face in teen pop culture. But how much profit has she generated from being a widely famous dancer and young musician?

How Did Mackenzie Ziegler Make Her Money & Wealth

Born in Pittsburgh, Pennsylvania, Mackenzie was the youngest of two daughters and she began her dancing career at the age of two. Her mother, Melissa Ziegler, already had a good relationship with Abbey Lee because she had been taking Maddie there prior to that. Becoming a part of the elite dance team at the dance company is no easy task, but by the time Mackenzie was six years old she made the cut. Granted, she endured a lot of harsh criticisms from her dance instructor. At that time, Maddie was already a favorite so she had big shoes to fill. Throughout the series, Mackenzie is often referred to as the baby of the group. She was consistently given routines that matched her age but not so much her talent. However, as she got older, she received more challenging solos and was able to prove that although she may not be her older sister, she is still a great dancer all her own.

It was also while she was training with the Abbey Lee Dance Company that Mackenzie discovered another talent of hers. In 2014, she adopted the stage name Mack Z and 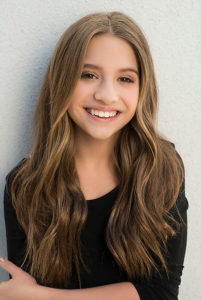 released her first album later that year. After the release, her self-titled album, Mack Z, reached #1 on the iTunes pop chart and #7 on the highest grossing albums in all genres. Additionally, the music videos she released thereafter have been viewed over millions of times on YouTube. Her video for the song “Girl Party” became so popular that it reached over 47 million views. All the positive feedback from her musical career encouraged Mackenzie to continue releasing more music. In fact, earlier this year, she and fellow artist Johnny Orlando traveled through different U.S. cities and four different venues in the UK for their “Day & Night” tour.

And if all that wasn’t enough, Mackenzie proved herself to be a triple threat. She made her acting debut in 2015 when she appeared on Nickelodeon’s Nicky, Ricky, Dicky & Dawn. She was receiving so much attention in the media that she did interviews on The Today Show and The View.

Mackenzie and her sister were receiving so many job opportunities by that point that the two of them decided to leave the place that started it all. It was a devastating moment for Abbey Lee Miller when her two most promising students went off on their own, but they have clearly benefited from the decision. After having dabbled in some modeling for the 2016 children’s spring line for Polo Ralph Lauren, Mackenzie tried her hand at fashion designing by teaming up with the popular clothing store “Justice”. She released her own line of active wear with the company and entitled it “Mackenzie Ziegler for Justice Active”.

It’s pretty clear that even though she is only 13 years old, Mackenzie Ziegler worked hard to get where she is now and continues to keep pushing herself to this day. Her presence on social media is followed by millions. She may be a young face, but she is an influential one to young girls everywhere. If you work hard at something because you want it bad enough, nothing can get in your way.

Who are Mackenzie Ziegler’s Parents?

Melissa Ziegler-Gisoni and Kurt Ziegler are the parents of Maddie and Mackenzie Ziegler. However, the couple experienced some troubles in 2011 when they had to declare bankruptcy after their business started to go belly up. Melissa later remarried.

Who are Mackenzie Ziegler’s Siblings?

Although Maddie and Mazkenzie are often seen in the spotlight together, they also have two older half-brothers from their father’s first marriage. Their names are Tyler and Ryan and despite not being as widely popular as their sisters, they do all have a good relationship with one another.

As a result of having such a busy schedule, Mackenzie doesn’t have the same amount of time to attend school like any average American teenager would. Instead of attending a regular school facility, Mackenzie and her sister are both educated via home school and online classes. Regardless of this though, she is reported to be a very bright student who maintains straight As on top of continuously growing her career.

Where does Mackenzie Ziegler Live? What does Her House Look Like?

Since she is only 13 years old, Mackenzie still lives with her parents in their home in Pennsylvania. There are no pictures of their home, but they did recently sell their first home after Maddie and Mackenzie used their wealth to fund the purchase of a brand new custom built home.