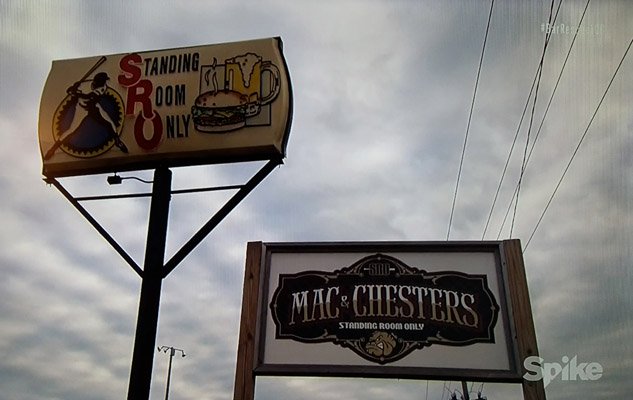 In 2012, longtime friends Scott Mac and Toss Chester teamed up to buy the bar “Standing Room Only,” also known as SRO to the locals. The place had been there since 1976 and the place was being super run down, so the two thought they could turn it around. Scott and Todd just put their names in it to honor the bar and to let locals know about the bar’s new management. Before they knew it, Scott and Todd were the owners of a 23-acre property that housed two separate bars and four softball fields. Softball was ginormous in Anoka, Minnesota, but somewhere in the late 1980s it fizzled out. Scott and Todd worked on bringing that softball concept back, and in the first year, Mad and Chester’s SRO grossed $800,000.

They upped their game so Todd brought his wife, Elise, to help with the bar. Elise is primarily in charge of payroll, scheduling, and occasionally scrubbing the toilet. Although business was booming, Scott soon realized he bit off more than he could chew by getting into a partnership with Todd. Whenever Todd was there, he would always have a drink in his hand and gave away lots of drinks to his friends. Scott felt like Todd was there for fun while he was there for a grind. Elise even admits that Scott likes to start all the nonsense, and he typically gets wrapped up when his friends roll in on their motorcycles. Scott became frustrated and realized he could no longer be present at the same bar. The two agreed that Todd would take the main bar and restuarant, and Scott would take the softball hut. The leagues have grown and the fields have been made better, but soon, Todd’s antics began to affect Scott’s position at the new bar.

Frustrated and with few options, the bikers soon drove away the clientele. The bar is now losing $6,000 a month, and Scott and Todd have agreed to call in for Jon Taffer to help save their future; both have a rising amount of debt, and the bar is their common lifeline in keeping them financially stable.

Anoka, Minnesota, is about 20 miles north of Minneapolis, which is a very cosmopolitan city. Jon immediately sends in his two spies, both of which are famous experts on Bar Rescue. Mia Mastroianni and Vic Vegas, a famous mixologist and chef, both enter the 3,100 square foot venue grossing only $108 per square foot in sales, $42 less than square foot from the required break even point. The bar sits on a 23 acre property with 4 full-size softball fields and an additional bar in the middle of it all. 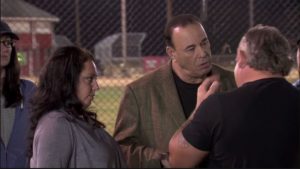 Amber, the bartender, hands Jon’s two spies their paper menus, and both Mia and Vic immediately look less than impressed. Vic asks why the “Chester Wrap” is called that, and Amber explains that the owner’s name is Todd Chester. Vic orders the signature item, and when Mia goes to order the beverage “The Night Rod,” Amber explains that she first has to check to make sure that they have enough rum. This immediately is a bad sign – the first thing you do when you set up for a shift is making sure you have enough product. Behind the bar is total disorganization and chaos, and none of the bartenders are putting the bottles back from where they retrieved them. Todd sits across from Mia and Vic, chugging down shots. The Night Rod is eventually made, and the two spies cheer but are repulsed by the disgusting drink. The drink has spiced rum, “an array of juices,” tequila, and cola. There is no balance in the drink.

Jon instructs Mia to head to the bar outside, and the bartender explains that there is a separate bar. Mia heads out to the softball hut, which is halfway across the softball fields. The second bar is run by Scott, who runs it with his girlfriend Linda. This bar is run completely separately. The specialty drink outside is “the Slut Hut Speical.” Mia looks less than impressed yet again. The drink is horrible and Mia says that she is looking for a place where can secretly dump it. Inside, Vic receives his Chester Wrap, which he says is disgusting and has a hair in it. Vic has to call over the bartender and says that there is hair inside the wrap, and the cook Mark is yelled at by Todd Chester. 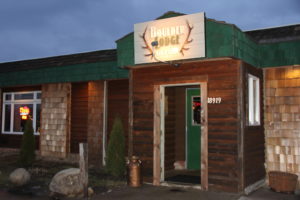 Vic and Mia vacate the bar, and Vic says it best – “that wasn’t good.” Jon then says that he wants to talk to Elise, so he calls her to his car for some surveillance. Todd and Scott bought the bar in 2012 and the community was super excited that it was reopening, and softball teams started forming again. Todd and Scott started to butt heads a little bit and Scott went outside. The ballpark is full and looks professionally run, Elise admits, but Todd is unfortunately making money. He is losing around $6,000 a month and manages to foot the bill by working as a real estate agent on the side. The two have six kids together, but Elise has told her children that they should probably make sure to get some scholarships.

Jon understands the reputation for the bar is that the bikers can go a bit nuts, but Elise wants the people inside, who come with their families, to feel comfortable being there. There are about 60 to 70 people at the softball field and 6 bikers inside the bar. The 6 bikers scare away the 60 people who might come inside for a drink after their game. Outside, Todd looks to clear all the drinks off a picnic table so they can burn it. Jon explains that the picnic table will need to be replaced, which is anywhere from $150 to $200. Todd is smiling and essentially saying “piss off, Scott,” by burning the table. Jon has seen enough after Scott retreats behind the bar, and he storms into the bar to have a confrontation with Scott, Elise and Todd. 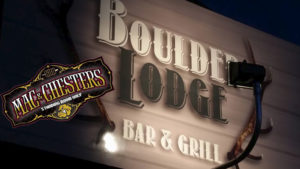 Surprisingly, Todd Chester does not vacate his position with Mac and Chester’s SRO and stays with the bar. Jon lays into him the first night, pointing out that he is drunk, unreasonable, and acting like a child by burning assets that cost him money – he drives home the point by saying that is $160 that his kids will never see because he wanted to be rowdy. Mac and Chester’s SRO was renamed to “Boulder Lodge Bar & Grill,” which maintained the softball aspect.

Since the appearance on Bar Rescue, Boulder Lodge Bar and Grill/Mac and Chester’s SRO has remained open to this day. The bar has seen an astounding rejuvenation, increasing sales by about 35% and going from an average 2-3 star review on Yelp to an outstanding 4.3 star review across 96 different reviews. The softball league is still going strong and runs seasonally, and now softball teams receive benefits such as discounted drinks and meals on the night that their team plays. While bikers are still present at the bar, they seem to be affecting the business far less than they previously did.

An interesting note to point out is that Todd Chester has been involved in numerous articles that are rather incriminating – he (and his son) have been accused of embezzlement by a Teamster’s Union, as reported by the Minneapolis paper StarTribune in 2013. An article published in 2012, which has since been deleted, also credited Todd Chester to running a fake benefit campaign to drive sales.