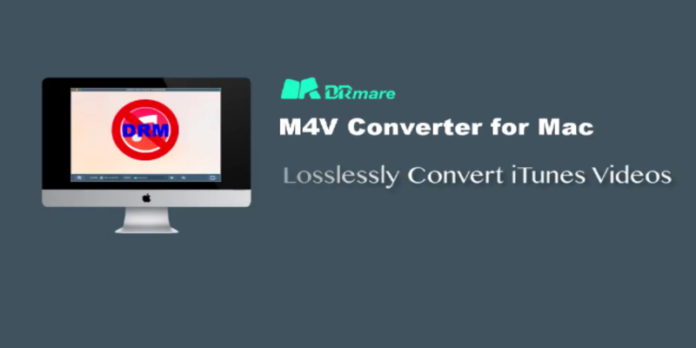 iTunes is a really great platform. It’s one of the most popular of its kind, and it isn’t hard to see why. A ton of media runs through iTunes. Although the name implies that the main export of this software is music, it has a lot more to offer than that. iTunes is also a large distributor of movies, television shows, and more. It was one of the first services out there that let you purchase digital versions of these kinds of media. However, there was a slight catch. When you purchase a movie through iTunes, your ownership of that movie is tied to iTunes. This is called DRM, and it’s a double-edged sword. Although it’s great to have all of your media in one place, DRM takes away a lot of your freedom as a customer. Luckily, there is software out there that can be used to remove DRM from certain iTunes media.

In this article, I’m going to be talking about a very specific software that fulfills this purpose called DRmare M4V Converter. This software removes the DRM that is attached to your rented and purchased iTunes media, and it does so by acting as a DRM M4V to MP4 converter. If you’re not very tech savvy, basically that just means that it takes and .m4v file and converts it to an .mp4 file. And that basically just means that it takes your videos and makes it to where you can view them fully outside of iTunes. I’m gonna break down the specific features of DRMare M4V Converter, and I also plan on providing a little tutorial that shows you how this software is actually used. Finally, I intend to talk about whether or not this software is worth purchasing. Without further ado, let’s plunge headfirst into this review. 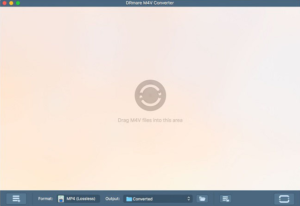 Honestly, there aren’t many bells and whistles with DRmare M4V Converter. This software’s primary purpose is to convert iTunes M4V to MP4. That’s the main reason that most people will use it. However, there are a couple of neat little things that I wanted to draw attention to. First of all, the DRM is cracked off of your media very quickly. That’s a common issue with this kind of program. Although the job gets done, sometimes it can take a really, really long time. That’s obviously inconvenient if you’re looking to convert a very large library of media. With DRmare M4V Converter, your files are converted very quickly without sacrificing quality. You can expect output that is fast and good, which is actually a lot to ask for when it comes to DRM removal software sometimes.

Another thing that I like about DRMare M4V Converter are the preset profiles. Not everyone fully understands the ins and outs of DRM and file formats and things like that. Sometimes, you have a really specific need. Maybe you just want to make sure that your movies can be played on your Xbox One. You may not know exactly which output format you should select in that situation. Luckily, DRMare M4V Converter has your back. This DRM M4V to MP4 converter allows you to just choose Xbox One as a preset profile, and it figures everything out for you. Sometimes, iTunes DRM removal software isn’t all that user-friendly, but that isn’t the case with this software. It manages to be both intuitive and user-friendly, which is really cool.

How do you use DRmare M4V Converter? 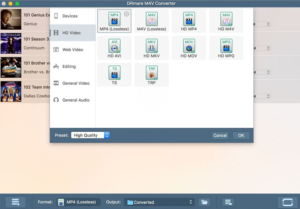 Like I’ve already said, DRMare M4V Converter is really intuitive. I don’t think that it’s really necessary to look through a tutorial to figure out how to use this software, but it might be helpful for you. The first thing that you want to do is load up the videos that you plan on converting. You can initiate that process by clicking the Add button in the bottom left corner of the program. From there, all you have to do is select the videos that you plan on converting from M4V. Once you’re done with that, it’s up to you to personalize your output. You can select the format of your output, either by selecting things specifically or selecting a preset like I talked about before. You’re also able to choose the destination folder, where your converted videos will be placed.

Really, this stage is the most complicated thing that you’re going to encounter with DRmare M4V Converter. There’s a lot of menus here, which offer you a lot of personalization if you’re into that kind of thing. If you’re not into that kind of thing, though, you can really easily just select from general presets. Once you’ve selected everything, all you have to do is click the Convert button in the button right corner to get the process started. Conversion will begin immediately, and it shouldn’t take very long until you can find your converted M4V files in the destination folder that you specified. There are very few steps involved in converting your M4V files to MP4 files, so even if you’re not very good with computers, I don’t think you should be deterred from taking advantage of this awesome software.

Is DRmare M4V Converter worth it?

So by this point, hopefully you know a little bit more about DRmare M4V Converter. You should have an idea of what this software is capable of doing, and you should also have a good idea of how you would actually go about using it. So with all of that in mind, is something like DRmare M4V Converter actually worth your money? This product costs $44.95, which is actually pretty inexpensive for software. However, financial situations differ from person to person, and I think it’s always important to really think about things before you make a purchase. First, let’s consider the use of DRmare M4V Converter. It takes your rented and digital media and it frees it of Apple’s DRM. By doing this, you don’t have to worry about digitally purchasing something more than once. This alone can save you a lot of money.

If you already have a large digital library, then I think that DRmare M4V Converter is sort of a no-brainer. The speed at which it’s able to convert your Apple files across different formats is really remarkable, and it makes it to where even someone with the largest collection should acquire a nice folder of converted files in a timely fashion. Even if you have a smaller digital library, this program could become something that you use a lot if you decide to ramp up your usage of iTunes because of it. Being able to break DRM on rentals is also an indispensable utility. Basically, I think that this is a software that can make its money back very quickly. I highly recommend DRmare M4V Converter to anyone who is looking for an affordable and effective Apple DRM removal software.