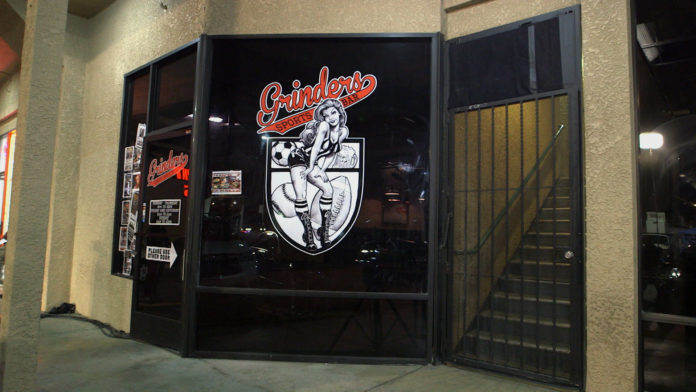 In 2014, Dave Murrie had a want to find another business. He owned a company that provided medical equipment, which was a great investment, but he was trying to move on to something else. A pizza place named Grinders went up for sale, so Dave and his wife, Jessica purchased it. He bought the pizzeria for around $77,000, and his wife admits that it was not something she expected to find personal investment in because they had no experience. Excited about their investment, Dave and Jessica sought to renovate Grinders by changing it from just a pizza restaurant into a full-fledged bar.

Dave thought it was a no brainer, and decided to open the wall to combine both spaces. They did not have the right kind of permits needed, and the city quickly shut it down. It was not something they were educated about, Jessica says. The two were forced to stop all renovations and work from an unfinished bar.

Long wait times and the bar’s total state of disrepair are making customers for the exit. In the last six months, Dave has had five different threats that they must shut down. Jessica is frequently the one running the place while Dave sits there, nursing a beer and having a good time with his friends. The electricity has been shut off at their house, and the two parents have had to catch their children up on what is happening in life. All the good stuff in their lives are pretty much gone.

In Santa Clarita, California, Jon pulls up to the front of Grinders with his car containing two experts. He explains, the median household income is $78,000 a year, so the population does have some money. However, it is southern California, so the cost of living with taxes makes the number $78,000 a little income. In the neighborhood where Grinders is, it is a little bit on the poorer side so there aren’t exactly top shelf martinis. Daniel Ponsky, the bar expert, says that the restaurant blends into everything, and Tiffany Derry, the chef expert, says that there is no sign.

On the left side of the restaurant, there is no decorations, yet on the right side of the restaurant is a blinking pizza sign with a corona extra sign. It looks like two separate places. Inside the bar, Dave sits having a drink with a few patrons. Jon explains that Dave is losing $2,500 a month and has lost the electricity in his house. The family is in debt $250,000 and the city has given them six weeks before they shut down. Dave’s wife, Jessica, tends to the bar. Jon then explains that he wanted to give them meaningful data tonight during the recon, and he has employed the use of BuzzFeed.com’s two experts to go into the bar to serve as spies.

Crystal, one of the bartenders, works with another bartender Sterling to set up the bar for the evening. The two spies enter and are greeted, and order a whiskey soda and a margarita. The margaritas can only be served on the rocks, so they don’t use mixing cups. The bartender heads over to the soda machine to fill the drink with ice, simply because they don’t have soda gunnes. This is a first, Daniel says. The soda tower is probably left over from the place when it was a pizzeria. 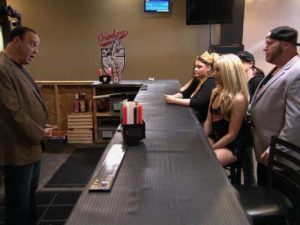 Worse, however, is the fact that there is no plumbing and the back of the bar is stuffed with numerous cubbyholes. They have one three-compartment sink that they would wash things in. There are no ice bins, speed wells, workstations, drain rails, drink rails – all of which are things that a bar should take for granted. Daniel points out that none of the drink ingredients are centralized. There’s a reason a bar is set up the way it is, which is intended to keep a bartender stationary. The bartenders are spending more time running around serving than they are mixing drinks.

The spies finally receive their drinks, which are disgustingly sweet and tart. The second one of the spies took a sip, she says that it is the grossest drink she ever had in her life. Dave then calls over more drinks, distracting some of the bartenders from serving the two spies. The spies eventually order a pizza, roast beef sandwich and a wrap. When the ticket prints, however, nobody is in the kitchen. Jon then points out that Dave is dressed like a scuzzball, but an owner should always be a little bit better dressed than his customers.

The cook, Alana, finally arrives to the kitchen – 12 minutes into the food order being placed. Something goes into the microwave straight from the freezer, which is a plastic bag of lunch meat. The cook then spoons powder and water to make au jus sauce. The roast beef is disgusting and sloppy, and by dumping the roast beef into the water, she brings the meat to room temperature. Jon says the food is going to kill somebody, and before the food can be served to the customers, Jon storms in to start setting things right. 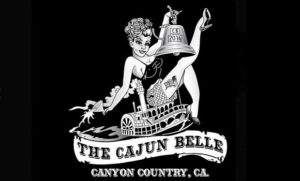 Grinders Now in 2018- The After ‘Bar Rescue’ Update

After the Bar Rescue filming, the bar was renamed to The Cajun Belle. This name has stuck with the bar, and oddly enough, the bar has skyrocketed with the public after the appearance on Bar Rescue. The Cajun Belle has a stellar review on Yelp, reaching a critical 4.6 stars after 128 different reviews, and even has an incredible 4.3 star rating across 200 different reviews on Facebook. Jon helped to bring the renovations and bar rejuvenation to its completion, and the inside of the bar is now wonderfully decorated. The menu has been given a high amount of praise, and the beers are always cold.

Interestingly enough, a report can be found from August 2015 from a fight where two people were arrested and one was left hospitalized. Since the appearance on Bar Rescue, The Cajun Belle is always packed on Friday and Saturday nights. Before the bar closed for the Bar Rescue filming, the bar had a 4 star review on Facebook, and surely enough, owners Jessica and Dave Murrie have joined the many voices who question the legitimacy of Bar Rescue. Bartender Sterling also made an appearance on The Price is Right in 2012, winning over $5,000 in prizes but losing in the Showcase Showdown. You can also find numerous permits for the bar by accessing the City of Santa Clarita’s permit search engine, and looking for “18283 Soledad Street.”