Brad Paisley Net Worth 2018 – How Much He Makes Per Year 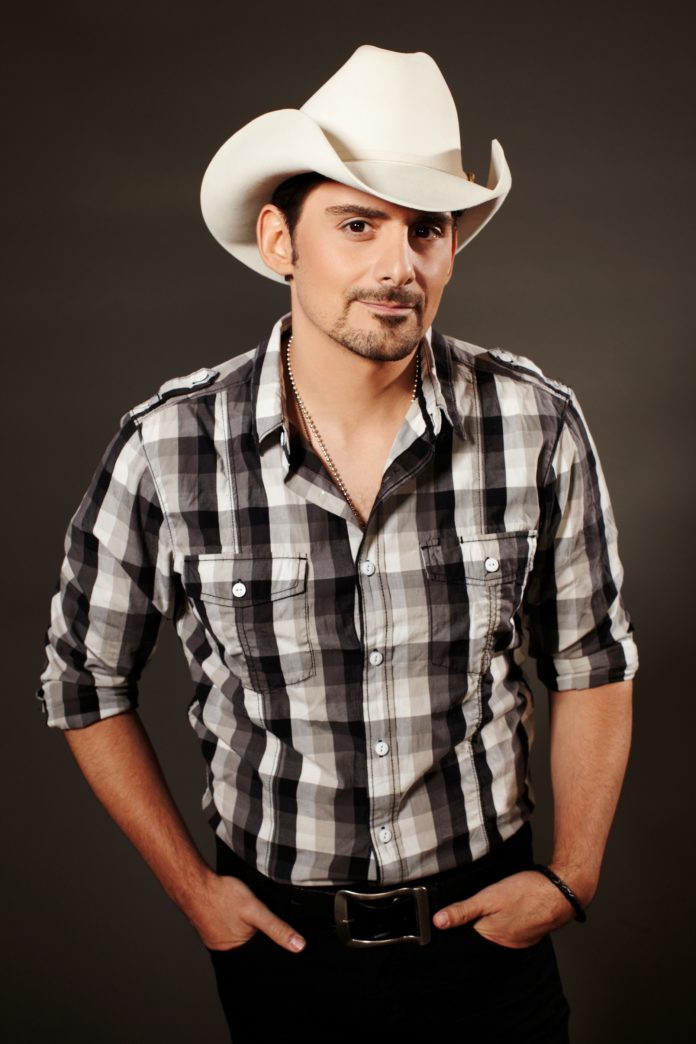 Brad Paisley is a country singer and guitarist with an impressive track record. He is one of the most successful country singers of all time, having shared the stage with country legends. His 10 studio albums are all RIAA Gold Certified, 32 of his singles have topped the charts, and he has won three Grammy Awards. Paisley has sold 12 million albums, and is a member of the Grand Ole Opry. Brad Paisley is also a talented guitarist.

Brad Paisley has been churning out hit album after album since beginning his career in 1999. He has sold a massive amount of singles and albums, the sales of which alone are more than enough to make him rich. He also makes money from merchandise sales, tours and endorsements.

2012 was Brad Paisley’s most successful year financially. He pulled in $40 million then, but typically earns $20 million annually.

How Did Brad Paisley Earn his Money & Wealth?

Warren Jarvis, Brad Paisley’s maternal grandfather sparked his interest in country music from an early age. When Paisley was 8, Warren gave him a Sears Silvertone Danelectro guitar. Paisley also received lessons from his grandfather. He first performed in public at his church when he was 10.

Brad Paisley wrote his first song, “Born on Christmas Day” at age 13. The principle of his middle school heard it and was very impressed. He invited Paisley to perform at a meeting. By chance, a radio director was present at the meeting. The director invited Paisley to be a regular performer on Jamboree USA. Paisley would open for various country acts on the show for the next 8 years.

He attended West Liberty University in West Virginia for two years. After graduating from Belmont, he immediately entered into a songwriting contract with EMI. Paisley co-wrote multiple songs that topped the Billboard Hot Country while at EMI.

However, Brad Paisley wasn’t happy writing songs for other people. He put his job at EMI on the backburner and signed to Arista Nashville in 1999. Under the label he released his first album “Who Needs Pictures”. The single “We Danced” topped the charts and the album was RIAA Platinum in 2001.

In 2001, Brad Paisley won Best Male Vocalist from the CMA and was inducted into the grand Ole Opry. Singles from his second album, “Part II” continuously topped the country charts for 70 weeks. His 2003 album “Mud on the Tires” was also successful. Its title track reached the top spot on the country charts, and the music video from the song “Whiskey Lullaby” won the number two spot from CMT’s top 100 country music videos.

After touring with Terri Clark and Reba McEntire on the successful Two Hats and a Redhead tour in 2005, Brad Paisley began to work on his next album. Paisley released the 15-track album “Time Well Wasted” in 2005. The album was nominated for four Grammy Awards at the 2006 Grammys.

In 2007, Brad Paisley released the album 5th Gear. The album’s first four songs all peaked at number one on the Billboard Country charts. The album was also nominated for four Grammy Awards. Paisley was awarded his first Grammy in 2008 for the instrumental song “Throttleneck”. Paisley’s tour supporting the album was also extremely successful, and was extended several months from its original end date.

Brad Paisley took a slightly different take on his 2008 album “Play”. It was largely instrumental and featured several other musicians. Its single “Start a Band” became a number one hit, one of the only songs on the album with vocals. Paisley won another Male Vocalist of the Year from the CMA in November 2008.

After going on a tour to support it, Brad Paisley released the album “American Saturday Night” in 2009. Its lead single “Then” became Paisley’s 14th number one hit. He performed at the White House in July. In 2010, Paisley released his first greatest hits album “Hits Alive”. He released his album “This is Country Music” in December of that year.

In 2012, Brad Paisley wrote two songs for the Disney Movie Cars 2. He also voiced a character on the TV show South Park. Paisley was also a guest on the radio show Prairie Home Companion. His tour for “American Saturday Night” was one of his most successful tours ever. Later that year in September, Paisley released the album “Wheelhouse”.

Brad Paisley released the album “Moonshine in the Trunk” in 2014. Several of its singles topped the charts once again. The full album debuted at #2 on the Billboard Top Country Albums chart. In 2016 Paisley released the album “Love and War”. He collaborated with popular artists such as Demi Lovato, Mick Jagger, and Timbaland for the album. It was also heavily influenced by classic rock. 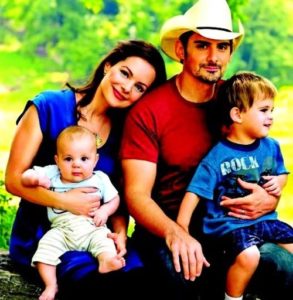 Brad Paisley began dating actress Kimberly Williams in 2001. They married in 2003, and Williams gave birth to their first son William in 2007. Their second son Jasper was born in 2009. The family splits time between a log home mansion in Franklin, Tennessee, and a comfy home in the Palisades.
Brad Paisley and his father are both active Freemasons.He is also a fan of the Cleveland Browns and the Chicago Cubs.

Brad Paisley usually plays Fender Telecaster style guitars. His main guitars are made by the company Crooks Custom Guitars. Paisley and numerous other musicians lost many valuable guitars in the 2010 Nashville flood.