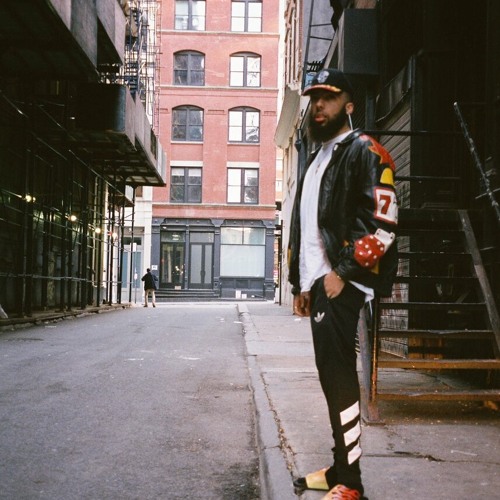 Far too many contemporary acts rely on their songwriters, composers, and producers to make their music while they provide the personality and sing into a mic. Production and composition can make the difference between ‘Friday’ and ‘Last Friday Night (T.G.I.F.)’ and music has entered an era where the producer is often the first one an aspiring talent seeks out when trying to get their single to hit big. One of those very sought-after producers is Charlie Heat, whose career has taken off like a house on fire (pun intended) to make him a major name in production. The soul of music, the true understanding of how sounds work together to sound amazing, has to come from within and Charlie Heat certainly has that ability in spades. So what brought him to stardom? Let’s take a look at the story of one Mr. Heat and find out for ourselves.

How Did Charlie Heat Make His Money & Wealth? 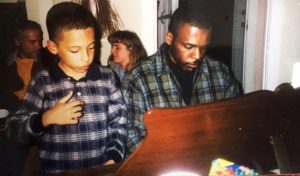 Born Ernest Brown on November 10, 1989 in Woodbury, New Jersey, the child of an immigration lawyer and a musician, Charlie enjoyed a relatively normal childhood full of the passions that speak to most children, music and sports. His father being a musician was highly influential and his two driving interests in childhood were basketball and music with former Philadelphia 76’er Allen Iverson his number one role model. Charlie’s life was forever changed, however, when his father took him to see the film Drumline (2002) and he made the decision to focus on music. In the film, a young drummer from New York goes to a (fictional) university to play on the drumline, coming up against an adversarial conductor and ultimately proving his talents in marching competition. As if following Drumline‘s script, Charlie graduated high school and enrolled at Clark Atlanta University on a musical scholarship, playing drums for the Mighty Marching Panther Band which had coincidentally been featured as one of the bands in Drumline. While at CAU, his friends gave him the nickname ‘The Human Torch’, and this moniker eventually became his known name, Charlie Heat.

Mixing his own tracks from the tender age of 17, it was hardly surprising that Charlie would choose to pursue a career in music. Inspired by the mix-tape culture springing up while he was high school, he began work in 2011 with artist Young Savage (producing ‘Work Em’), Lecrae of Reach Records (for ‘ABP’ and ‘Spazz’ off the 2012 album Church Clothes), and the legendary Young Buck of Ca$hville records (for ‘Breaker Breaker’, ‘Collect Call’, and ‘Out My Mind’ from the 2012 album Tha City Paper). It was working with Lil Uzi Vert (the celebrated Philadelphia artist making serious waves in the hip-hop scene) in 2014 on his album The Real Uzi that scored Charlie some major professional attention. Scouted from a concert, representatives from Very G.O.O.D. Beats (a subsidiary of GOOD Music, founded and managed by Kanye West) called and asked for a demo, then called back after hearing it. The very next morning, Charlie Heat was on a flight to Los Angeles, and a few days later released a tweet promising his fans that 2015 would be “GOOD”. That was surely an understatement because in the next year, he’d be producing for Travis Scott, Two-9, Carnage, and an older artist named Madonna (Rebel Heart, 2015); perhaps you’ve heard of her?

2016 saw Charlie producing for the man himself, Kanye West, on his album The Life of Pablo. West’s seventh studio album and a joint venture between GOOD Music and Def Jam Recordings, it spanned 3 years of recording in several countries and featured an all-star cast of collaborations that included Rihanna, Chance the Rapper, Frank Ocean, Kid Cudi (among others). Charlie’s work on The Life of Pablo earned him three separate Grammy nominations and cemented him not only as the hottest new producer to hit the scene but also as a true artist. Most recently his work with Ant Beale, No Rain No Flowers (2017) has wowed critics and fans alike. It’s hardly been ten years since Charlie took the field in the drumline but in that time he’s taken the world by storm and truly set a fire that’s going to be hard to put out. 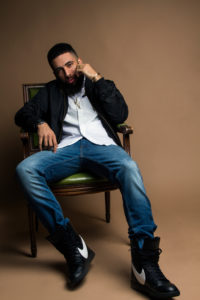 If you were dying to be Mrs. Heat, you may still have your chance! While he gushes about his love for music, his early influences, what it’s like to be a producer, and what goes into his music, Charlie keeps a lid on his personal life. Speaking glowingly about his family, he’s neglected to mention if there’s a special someone in his heart but for children who grew up before the rise of social media, privacy is nothing strange! Though Charlie is certainly on the fast-track to becoming an industry insider, his lower profile as a producer means less attention from the paparazzi, something that can kill a relationship. Is he looking for someone to share his life with? If he is, he’s not saying but at only 28, there’s still time for love to find Charlie Heat.

Did Charlie go to college?

Charlie attended Clark Atlanta University on a musical scholarship where he played on the drumline of the school’s renowned band, the Mighty Marching Panther Band. However, after about a year in Atlanta, the music scene back home in New Jersey was seriously heating up and Charlie came home, following his passion and working with a lot of amazing artists out of South Jersey and Philadelphia. Is he ever intending to go back? Charlie’s not saying but musical talent isn’t dependent on a degree and we have the feeling that producing for Kayne West carries a lot more clout than a bachelors in Music Theory.

What are Charlie’s musical influences? 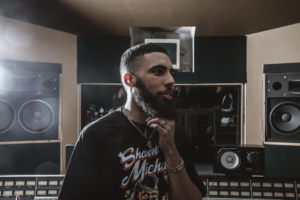 None of us can choose what influences our preferences or styles but the music that speaks to us in childhood leaves an indelible mark. Charlie has cited such diverse greats as Michael Jackson, Rick James, Earth, Wind & Fire, and Selena as having a massive impact on him and how he conceives of music. Having been a drummer since childhood and also taught piano by his father, his knowledge of rhythm is especially important and he’s said of his first time seeing the film Drumline, “I wanted to just put down everything else and pick up sticks, pick up a drum kit and just go crazy and just never stop doing that.” The Latin American flavour that some of his later works feature is said to be due to that influence of not only Selena, but also Celia Cruz, noted Cuban singer. Charlie has stated that he doesn’t discriminate when it comes to music and that anything that catches his attention is likely to work its way into his head and spur him on to create.

What does Charlie think of working with Kanye West? 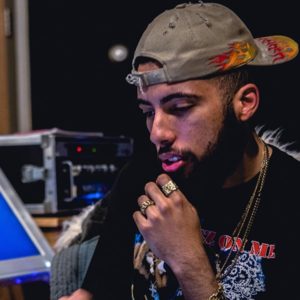 Charlie told Complex that he had no expectation of any of his tracks being featured by Kanye on The Life of Pablo but when he learned that several of his tracks made the cut, including that the song ‘Facts’ was listed as the Charlie Heat version, he was over the moon about it, describing it as “an unreal feeling.” Though not present to see Kanye’s reaction to the finished track, Charlie said it’s been a bit of a stretch trying to adapt to your music being played in Madison Square Garden and other huge venues. He’s trying to keep a balanced view on his work at GOOD Music, taking time to go back to New Jersey and spend time with his family. Day-to-day, Charlie strives to be a competent, self-sufficient artist and go non-stop when he gets the call for an album or ever to record on-location. Since signing with GOOD, he’s been to Hawaii, Mexico, and Paris all in the name of music production and is always willing to go to where the work takes him.

The boy with the beats from New Jersey has made good. From drumming in church to the football field to the production studio with the top artists in hip-hop, Charlie Heat’s story has been a whirlwind tale of talent bringing success through hard work. What’s next for this hot producer? He’s teased some new work coming down the pike in late 2017/early 2018 and when you already work for Kanye West, that new work is likely to being pretty amazing! With over 14,000 followers on Twitter and nearly 17,000 followers on Instagram, Charlie’s fans are ready for everything he’s got.