Los Gemelos Update — What Happened After The Profit 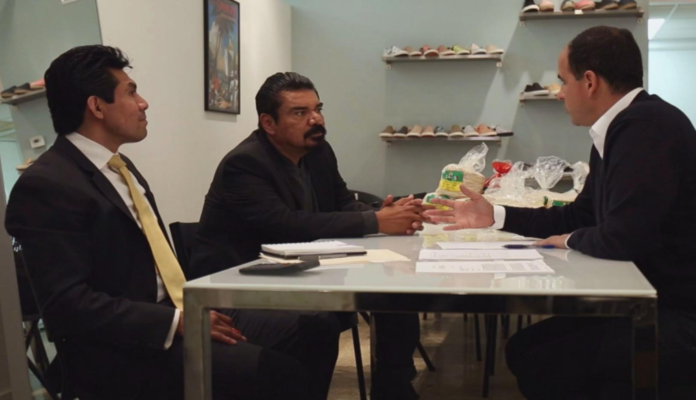 Los Gemelos Before The Profit

Adelo Ramirez took a big chance in 2000. Used to working multiple jobs to make ends meet, he wanted something better for himself. He invested his life’s savings into a small Mexican restaurant called Los Gemelos. His little restaurant grew in popularity, but what really took off were his tortillas, made fresh in the store. By 2006 he took another leap and started manufacturing his tortillas to be sold in stores. After some initial success, Los Gemelos’s annual revenue was approaching $500,000. However, everything changed once Mission Foods, a large American tortilla company, started selling in the area. His sales plummeted, and his business was left on life support.

Marcus Lemonis was introduced to Adelo through George Lopez, the famous Mexican-American actor and comedian. Marcus was happy to help a friend, and also considered the sizable Hispanic food market one worth digging into.

Los Gemelos On The Profit

Marcus showed up at the Los Gemelos restaurant to meet Adelo, and Adelo gave him a tour of the place, starting with the kitchen, where he showed off the wood oven. Next, Adelo took him to a corner where all the articles published about his establishment are posted on the wall. Adelo clearly takes great pride in his business and accomplishments over the years. Adelo worked three jobs over three years and saved $40,000 to start his business. His business grew steadily but really exploded after getting a tortilla machine, and he moved on to full-time tortilla production.

Tortilla business was good from 2006, when he opened the factory, until 2010, when Mission Foods started operating on the east coast for the first time. Mission’s size and marketing advantages were too much, and Los Gemelos started losing market share and sales. Revenue dropped from a peak of over $400,000 to $220,000. Adelo talked briefly about how he met George Lopez when he was doing a show nearby, and Marcus said he wasn’t really interested in investing in a restaurant but the tortilla business had an appeal.

Adelo and Marcus headed to the factory, which is where the issues started cropping up. The process for mixing tortillas was done by guesswork. The tortilla machine was bought from Mexico and wasn’t legally available in the US due to missing safety measures. The ceiling looked damaged and dirty, and there was no direct access to shipping and receiving from the factory. Marcus was clear that these conditions weren’t acceptable. 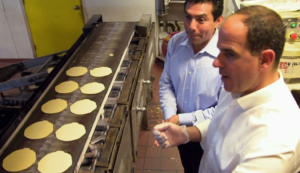 Marcus talked to an employee who was very complimentary toward Adelo for his character, but he did note that he was still owed money for prior work. Marcus had assumed that the business was stable enough to at least pay on time, so he took that opportunity to dig into the financials of the business. He also confirmed that Adelo was behind on payroll and had liabilities owed as well. The business was operating, but on borrowed time.

After looking over the revenue, margins, and expenses, Marcus determined that the place could only support around $2400 in gross revenue and would be left with about $196 per day after product and operating costs if everything went exactly as planned. Something had to change, and fast.

As put-off as Marcus was by the way the tortilla business was run, he was equally impressed with the passion and work ethic Adelo had shown to keep it alive to that point. He called Adelo into his office to discuss an offer. Marcus said that the tortilla factory would not work, and it would have to close. After Adelo asked what the plan was, Marcus left the room and returned with George Lopez.

Marcus’s offer was for $150,000 to launch a new Hispanic food company, with Adelo, George, and himself as equal partners. Adelo would contribute his deep knowledge of Mexican food, Lopez would contribute through marketing, and Marcus would lend his business acumen. Marcus also offered to pay $50,000 to pay the wages owed to his employees. Adelo agreed, and the three men completed the deal.

Marcus had Adelo do some research on Mexican and Hispanic foods. Adelo’s research was too niche for the scope of the project, focusing on products that weren’t well-known outside of the Hispanic community. Marcus took Adelo to a major grocery store to show him how hard it was to find some of the products he was considering. Next, he took Adelo to a major Hispanic food distributor to compare notes on optimal products to market. The message kept coming back to three products: salsa, chips, and tortillas.

Marcus talked with Adelo about taking care of the other details besides the new brand to make sure they had been handled properly. Adelo paid the employees as expected, but the equipment from the factory wasn’t sold because he had a deal to leave the equipment to avoid eviction. Marcus was shocked, as this had never been brought up before. Marcus was concerned that Adelo would keep brushing off important details, just as he had with the safety issues in the factory. Adelo conceded that he should have communicated better and said that he would do better in the future.

Later, Adelo called Marcus over to taste test some salsa. Some of the same issues arose again, as Adelo didn’t have a written recipe for the salsa and was just going on memory and experience. But Adelo was picking up the need to systematize things for consistent results. He also got ingredients that were good for a mainstream audience, such as sweeter tomatoes with a milder, less acidic flavor. Marcus was impressed with the salsa, finding it had enough a kick to make an impression but not enough to put people off.

Marcus took Adelo to La Fortalezza, a family-owned tortilla manufacturing company focused on authentic Hispanic products, to work out a deal. Adelo had some issues with the process, thinking it would reduce shelf life, but they were assured their process would get them 30 to 45 days. After working out a salsa manufacturer, Adelo introduced some logos and a brand name he came up with: Ta Loco, based on a phrase Lopez often used in his comedy routines. Marcus was impressed, as both were much better than he had expected. Finally, the time came to introduce the Ta Loco brand and products to George himself. The trio met at George’s favorite neighborhood restaurant, and George enjoyed the food and loved the logo and image representing them.

With the brand and its products finalized, the only step remaining would be to pitch it to retailers. Marcus arranged an interview with buyers at Sam’s Club to pick up the Ta Loco brand for sale in their stores. Adelo made a strong presentation, focusing on the authenticity of the product and the connection that Lopez had in the community, and eventually, they closed the deal to sell their products in Sam’s Club.

Los Gemelos Now in 2018- The After ‘The Profit’ Update

There is very little information available on the the Ta Loco brand as of September of 2017. The brand has not officially launched yet, and there are no products available for purchase. Adelo Ramirez has active social media profiles, but there is nothing promoting the products there. His Twitter account mostly just retweets things related to George Lopez, Marcus Lemonis and The Profit. The Los Gemelos website is still active, but the restaurant has shut down and the contact information is invalid. Adelo Ramirez lists his employment as Ta Loco from 2017 to present on his Facebook page, so all indications are that the brand launch will still go forward eventually.