Danielle is best known for winning the National Miss Preteen Pageant. Since that achievement, she has gotten a modeling contract and a vast social media following. She has a large following on the app sickly, as well as brand endorsements with top brands like Juicy Couture clothing. Let’s take a look at how this 13-year-old has earned her money and wealth.

How Did Danielle Cohn Make Her Money & Wealth? 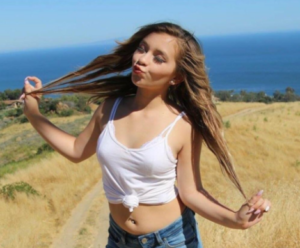 Danielle Cohn was born on March 7, 2004, in Florida. Her mother is Jennifer, but we don’t know much about her father. She also has an older brother named Chad. Danielle started participating in beauty pageants in 2013, and eventually won Miss Florida Junior Preteen Queen. She had the marketing savvy to begin her YouTube channel, and start blogging before the competition in order to increase her viewership once she won. Between her YouTube videos, and her musically profile, she gained a social media following in the millions.

Danielle has a contract with BMG modeling agency. This is led to several brand endorsement deals, such as her deal with Juicy Couture and Lisa B Jewelry. She also has a music career, and recently released her first single called Marilyn Monroe. Not only that, the enterprising 13-year-old also has her own store. The Danielle Cohn Store sells her artwork and logo on various items such as T-shirts, phone backgrounds, and coffee mugs. It’s easy to see how her net worth will continue rising as the star gets older.

After winning the pageant, Danielle went to a national modeling competition in California. There, she connected with modeling agency thatthat of Miami Florida. The agent the time to work with her, and gave her further training. She ended up signing a contract which gave her more opportunities than she would’ve had on her own. Danielle also increased her popularity when she proceeded to post a duet on YouTube with another Internet celebrity, Cameron Dallas. In her apparently existing free time, Danielle also works as a cheerleader at sporting events around the country. 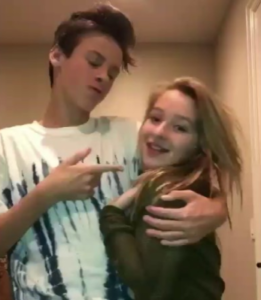 Since child marriage is not legal, obviously Danielle Cohn is not married yet. However, she is dating 16-year-old Cole Galotti. Recently was rumored that he was cheating on her. However, the viral tweet was apparently Photoshop. Cole went out of his way to deny the rumors, clarify that he was still a virgin, and say that it was clearly his jealous ex to start the rumors.

Danielle makes a stunning $150,000 a year by pulling in ad revenue from her Youtube videos, making brand deals, and her budding modeling career. The tiny entrepreneur also recently put out music for sale on iTunes and runs Danielle Cohn Store. She posts her own logo on hoodies, t-shirts, buttons, and phone cases, which her fans just eat up.

The young influencer makes about $440 in a day, meaning she could pay most of my monthly bills for just four days work. Not bad for a thirteen-year-old. If she wanted, she could purchase 50 pumpkin pies a day, and use the rest of her savings to purchase plane tickets to hit the mean people in her YouTube videos comment section, and hit them in the face with a pie. It might be satisfying, but admittedly not financially sound.

Danielle lives with her parents in Florida. They have a beige stucco gigantic house. The inside is painted white and is nice and spacious. The highlight of the video tour on Youtube is the view from the roof, where you get an awesome view of Orlando.

Danielle Cohn is thirteen, which is too young to drive. With her true net worth of $300,000, she is sure to get herself an amazing car for when she gets her license.

Danielle Cohn clearly has a big heart. She takes time out of her busy schedule modeling and shooting YouTube videos to volunteer at children’s hospitals around the country. One time, in particular, Danielle brought teddy bears and always to the Children’s Miracle Hospital and handed them out personally. Janel also feels very passionate about putting an end to cyberbullying and helping to fund research for cancer patients, especially children.

Danielle Cohn has achieved much in her short life. She won the beauty pageant Miss Florida in 2015, and soon after she started modeling. She is 46 features on the app musical.ly, and she worked her way up to 4 million followers. She strongly believes in charity work, and she even helps make the teddy bears that she brings to the Children’s Hospital each year. Danielle believes that her biggest accomplishment was winning the National American Miss Pageant.