WolfieRaps Net Worth 2018 – How Rich is The Youtube Rapper Now? 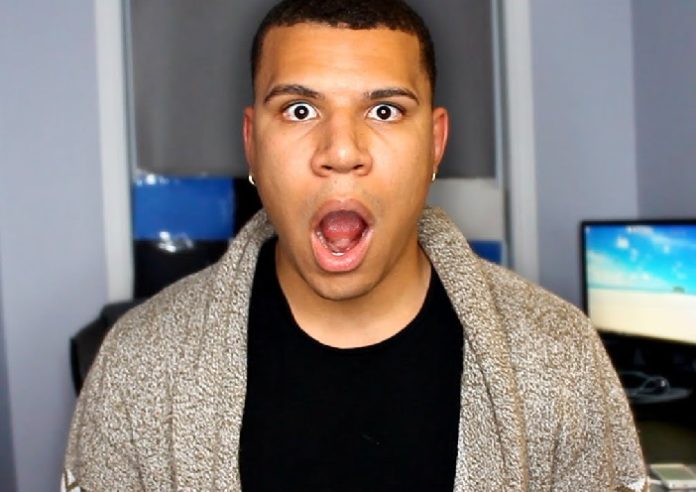 WolfieRaps is a Canadian musician, rapper, vlogger and Youtuber who has gained over seven million followers on the video sharing site in just a few years. His energetic fun loving personality and blend of comedy, pranks and music has seen his popularity grow rapidly in just a few years, and he’s even picked up Canada’s biggest superstar as a fan along the way. But exactly how much has the leader of the Wolf pack, or ‘Wolf Fam’ as he calls his legion of fans earned since he started his meteoric rise to stardom? And what does Wolfie spend his money on? Read on as we attempt to find out.

How Did WolfieRaps Make His Money & Wealth?

WolfieRaps as he is known today was born Charles Raynor in London, Ontario on June 15th 1993. His father Charles is an Orthopaedic surgeon and his mom Mary is a fitness expert and personal trainer, which might explain quite why Wolfie is such an energetic character himself. There’s no doubt that Wolfie has the kind of high-octane mix of enthusiasm and excitement that appeals to plenty of people, and his fast-paced comedy is at times a little cheesy but it’s always original and he invariably always has that familiar grin on his face.

WolfieRaps grew up in Ottawa, Canada and attended Carleton University where he graduated with a degree in business and marketing, but after graduating he began making Youtube videos while looking for a job. Wolfie had actually opened his first Youtube channel when he was just 15, a channel named ‘ThoseChoobz’, where he uploaded a few spoofs and parodies while he was still at school. That first channel gained a few thousand subscribers, but he was mainly making videos for fun and the channel was only as popular as millions of others.

After Graduating in 2013 Charles opened WolfieRaps, after choosing the channel name after his sister’s cat which was called ‘Wolf’. The fun loving musician began making re-mixes of rap songs and after he made a a remix of Drake’s 2013 hit ‘Versace’ he began to gain followers at a rapid rate. He experimented with several other formats and at one stage actually had six Youtube channels open at the same time, but these days he is most active on the WolfieRaps channel.

Part of the Youtube stars success is the variety of content which he offers to his fans, not only did he produce many remixes during the early days but he also let his naturally playful nature appeal to his fans with a range of pranks and parodies, always presented with his trademark cheeky smile. His popularity grew rapidly and within a few months he had gained several hundred thousand fans, he even got a nod of recognition from Canada’s biggest musical superstar when singer Justin Beiber followed him on Twitter. Wolfie’s varied content even saw him exploring a haunted house when a sudden unexplained banging in the deserted building resulted in him and his friends running away in terror. It’s hard to say if Wolfie’s exploration of the creepy building and his subsequent paranormal encounter was real, but if it was faked in any way then it only proves that WolfieRaps knows how to act terrified very convincingly.

WolfieRaps has covered tracks by Miley Cyrus, Kid Ink and Chris Brown amongst many others, and although he’s primarily a Youtube star these days, his musical talents are acknowledged by many of his fellow Youtubers and musicians alike. Wolfie also includes his family in his internet fame, one long running feature of his videos was the appearance of his Dad Charles, who would always wear a mask, until he finally revealed his face in late 2016. WolfieRaps has two siblings who are also musically talented, his sister Quintessa, who is known as Quintessa Evangeline has a popular Youtube channel featuring her dancing and rapping talents and his brother Zach, also known as ‘Roary’ is lead vocalist for a band called ‘The Lionels’.

Part of the appeal of WolfieRaps is the amount of interaction he has with his fans. He encourages his ‘Wolf Fam’ to communicate with him on a regular basis and never seems to get tired of being in the limelight. His naturally extrovert personality and positive reaction to his internet fame has been one of the greatest attributes that has helped him to gain so many fans.

WolfieRaps opened another Youtube channel in May 2016 called ‘MoreWolfie’ where he concentrates more on vlogging and featuring some of the endlessly energetic ways he fills his days. In just over a year that channel has gained over three million subscribers and his original channel now boasts over seven million. Wolfie has also managed to succeed on other social media platforms too, his Instagram account is followed by almost two million and on Twitter he has almost 700,000 followers. The original WolfieRaps channel now has more than 850 million views combined and his videos usually gain an average of about two million views each, but how much money does WolfieRaps make from his Youtube success?

The exact calculations for making money from Youtube vary widely depending on many factors, but a popular, family-friendly Youtuber such as WolfieRaps, who averages approximately 19 million views a month across both of his main channels will receive at least $1.50 per 1,000 views which leaves him with an annual income of at least $600,000, but due to his popularity with his fanbase Wolfie has inevitably launched a range of merchandise with his custom Wolfie brand, and that additional income seems to be very popular. On Wolfie’s website, Wolfieraps.com he offers a range of T-Shirts, Hoodies and Hats all with his trademark brand, and when I visited the site business seemed to be booming, with almost every item sold out at that time. Although Wolfie’s exact net worth has not been made public, a conservative estimate would put his current personal fortune at around $1.5 million, and possibly as high as $2 million.

WolfieRaps is now 24 and enjoying his wealth, success and popularity. So far the bursting-with-energy internet star hasn’t settled down into marriage, but since early 2014 he has been dating fellow Youtuber Sylvia Gani. The couple met at college according to Wolfie, although Sylvia has also claimed that they met when Wolfie asked her friend for her number. Since they began their relationship they frequently feature each other in their videos. Sylvia’s online content features make-up tutorials, fashion and creative ideas and since her relationship with Wolfie began she has seen her own Youtube fanbase grow to over 1.6 million subscribers. Although the couple seem to be enjoying life far too much to settle down right now they clearly are very happy together.

What is WolfieRaps’ Salary & Annual Earnings in 2017?

WolfieRaps makes approximately $600,000 per year from his Youtube work, but he also boosts that income from his merchandise and the occasional endorsement to his millions of fans. Surprisingly WolfieRaps isn’t looking to just remain a Youtube star forever, his primary passion is still music and it’s something he is hugely talented at. One day Wolfie hopes to form a bigger and far more lucrative career as a singer/rapper in his own right, and with impressive compliments of his lyrical abilities coming from stars such as Justin Beiber WolfieRaps could one day become known as the rap superstar who launched his career from Youtube success. His total income in 2017 is likely to be at least $750,000 and if his popularity continues to grow at the same rapid rate, he could easily be earning over a million per year by the end of 2018.

In September 2016 Wolfie moved out of the family home into the most expensive apartment block in Ottawa, along with girlfriend Sylvia, and for a personality as big as Wolfie, one penthouse suite wasn’t big enough to contain his huge personality, not only did he buy the entire top floor, but he bought the three floors below it as well to have his own high-tech mansion in the sky. Wolfie showcased the apartment in a Youtube video where he showed off his crazy living arrangements, including his voice activated lights which turned on when he said ‘Harambe’. He also has enough room to situate his huge office and team of workers. Wolfie’s ‘Mansion in the sky’ cost him $4 million and since moving he and Sylvia often feature their new home on their videos. But with Wolfie you can never be entirely sure what is real, so is the ‘Mansion in the Sky’ real or is Wolfie just pranking his fans? With Wolfie you can just never tell.

What Car Does WolfieRaps Drive?

WolfieRaps has good taste when it comes to cars, he has owned a sports coupe Audi in the past, but in June 2017 he splashed out on a BMW X6 M. The luxury crossover Coupe costs just over $100,000 and the 567 horse power engine can accelerate from 0-60 MPH in just 3.7 seconds. Wolfie has featured the car in many of his videos and it’s clear that he is a big fan of powerful sports cars, he has even said that he wants to have a collection of luxury sports cars in the future.

With WolfieRaps you can never quite tell what is real, and what is just the latest prank from this energetic entertainer, but what is certain is that Wolfie is here to stay, and for the hyperactive joker from Ottawa, further success really is guaranteed.