Mark Francis Vandelli Orlov-Romanovsky 2018 – How Rich is the Heir Actually? 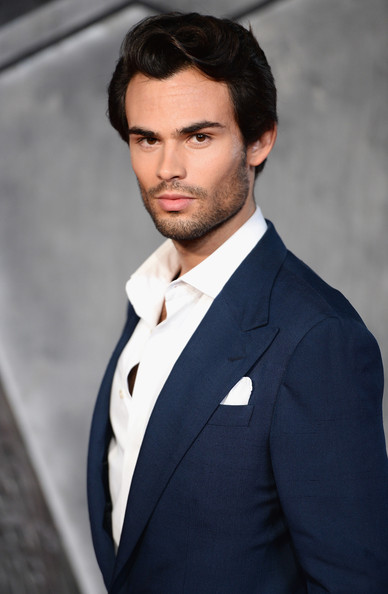 The extravagant lives of the super rich have always been hot topics on social media. Twenty-six year old Mark Francis Vandelli has catapulted himself into the public eye by documenting his luxurious lifestyle on social media. The son of an Italian industrialist and a Russian Princess, Vandelli is the heir to a massive fortune. He has also made a name for himself with his eponymous clothing company, writing, and modelling. Mark Francis Vandelli is also famous for appearing on the show Made in Chelsea. 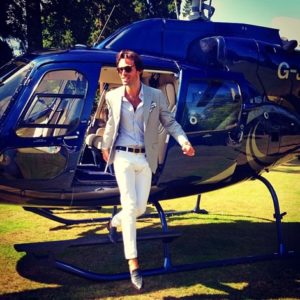 Born to Russian princess Diane Boulting-Casserley Vandelli and Italian businessman Marzio Vandelli, Mark Francis Vandelli was rich from the day he was born. The heir has no intentions to squander his inheritance, however. Vandelli has already built his own legacy by building multiple businesses of his own. He is also known for his connections in the art and fashion worlds. For Mark Francis Vandelli, rubbing shoulders with the rich and famous is just part of the job.

Mark Francis Vandelli has collaborated with several famous brands on clothing designs. He also owns a jewelry store in Paris that supplies designs to brands like Chanel and Tom Ford. Vandelli is also an editor of Insider magazine, and also writes pieces in other notable publications. It goes without saying Mark Francis Vandelli is a style icon – He was named GQ’s best dressed man when he was 21.

Mark Francis Vandelli became famous after appearing on the English Reality TV show Made in Chelsea. He also gained quite a following on his Instagram account, which he has used to market his self-titled menswear company. He currently has 400,000 Instagram followers.

The net worth of Mark Francis Vandelli could be ever higher than public figures indicate. His current net worth is reflection of his business success. The exact amount has not been disclosed, as the Vandelli family is very quiet about their wealth.

How Did Mark Francis Vandelli Earn His Money & Wealth?

Mark Francis Vandelli (Full Name Mark Francis Vandelli Orlov-Romansky) was born on October 14th, 1990. He is the only child of parents Marzio Vandelli and Diane Boulting-Casserley Vandelli. His father is a successful businessman, while his mother is a Russian princess who passed down her inheritance to Vandelli. During her time, Diane Boulting Casserley Vandelli was an influential model socialite in Russia.

Mark Francis Vandelli was raised in Cheyne Walk, London. As a young boy, he mingled with the rich and famous just walking down the historic street. Vandelli studied at St. Pauls Boys school during secondary school (the English equivalent of high school). The school was established in 1509, and has educated some of the most accomplished people in the world.

A polyglot from birth, Mark Francis Vandelli grew up speaking Russian, Italian, and English. He later learned Spanish while studying Art History at University College London. Numerous travels to Brazil inspired him to learn Brazilian Portuguese “just for fun”. Vandelli traveled regularly during his education, and continued to travel after graduating. He primarily rotates through England, France, and Italy.

In 2010, Mark Francis Vandelli was asked to appear on the famous E4 reality TV show Made in Chelsea. However, his family was far from accepting – they threatened to disown him if he appeared on the show. As families of “old money” are extremely quiet about their wealth and take great strides to hide their lives from the public eye, the mere mention of an appearance on a reality show mortified his parents. Vandelli boldly appeared on the show anyway.

The Vandelli family changed their mind very quickly. Despite the fact his family was now subject to the public’s judgement, Mark Francis Vandelli was able to leverage his newfound fame to build a positive reputation. Even though his Made in Chelsea co-stars often prodded into his family history and personal life, he would often avoid answering their inquiries. The mysterious heir became exceedingly popular with his co-stars and viewers for his charisma, humor, and love of chic style.

Made in Chelsea has aired since 2011, and Mark Francis Vandelli has appeared in every series and spin-off of the show. Vandelli carefully balanced his show appearances with managing his businesses, travel, and writing. He was scheduled to appear in Series 3 of The Jump in 2013, but withdrew due to an injury incurred during training. The Jump is an English TV show where contestants compete in winter sports.

His surge in popularity prompted several famous TV shows to host him. He appeared on Alan Carr’s talk show in 2012, Celebrity Juice in 2013. His internet fame also landed him a guest appearance on the show Virtually Famous in 2015.

In 2012, Mark Francis Vandelli was named GQ’s best dressed man. At the time, he was an editor for Insider magazine. He also wrote features for other publications such as OK! Magazine. He is currently writing a book about the the history of chic fashion.

In 2017, Mark Francis partnered with English Menswear company Hawes and Curtis in designing summer capsules wardrobe for men and women. The designs are rooted in classic British style, but are influenced by Italian fashion. He has also released a self-titled collection with Thomas Lyte, and owns his own store in Mayfair London.

Although Mark Francis Vandelli been travelling the world since his youth, he still owned a residence in his birthplace of Chelsea. However, he was forced to move after fans would loiter around his home. Tour groups would stroll through the historic street on a daily basis, making it nearly impossible for Vandelli to come and go quietly. Due to his private nature, the exact location and size of his residence is unknown.

Vandelli lives a life of luxury. His Instagram often picures him in extravagant residences, eating world-class cuisine, and driving luxury vehicles – all while sharply dressed. The heir owns an expansive clothing collection. He is also an adamant collector of luxury watches. Vandelli describes himself as a hedonist and a perfectionist, but that can be inferred just by taking a glimpse into his daily life.

It is unknown is Mark Francis Vandelli is in a relationship. Although his mannerisms lead many to question his sexuality, he is often pictured alongside supermodels and socialites. He was rumored to be in a relationship with co-star Victoria Baker.