Dinah Jane Snapchat Name – What is Her Snapchat Username & Snapcode? 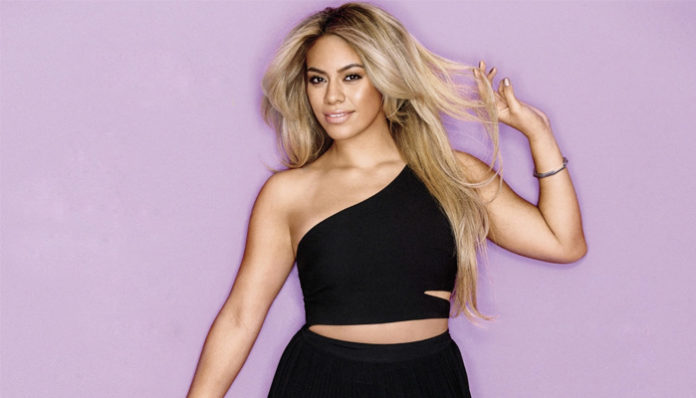 A twenty year old singer, Dinah Jane is best known for being a member of the girl group, Fifth Harmony. Consisted of four members (Lauren Jauregui, Normani Kordei, Ally Brooke, and Jane), they were formed during the second season of The X Factor in 2012. Eventually signing a joint music deal with Epic and Syco Records, they released their debut extended play, Better Together in 2013. Met with critical acclaim, the girls later dropped their first studio album, Reflection in 2015.

Born on June 22, 1997 in Santa Ana, California, Dinah Jane was exposed to music as a young girl due to her mother being a vocalist in a reggae band. Wanting to follow in her footsteps, she later took up singing at the age of four. By the time she was in grade school, she often sang with her brothers at the local church. In 2011, the teen released her first original song, Dancing Like a White Girl.

Deciding to try her luck on television, Jane auditioned for a spot in the second season of The X Factor in 2012, with a rendition of Beyonce’s If I Were a Boy. Though she successfully advanced to the next round, she was ultimately eliminated as a solo artist after forgetting the lyrics on stage. As it happened, the rest of the solo contestants were unable to progress to the next category. From there, it was eventually decided that they’d form a five-member girl group called Lylas; the group was later renewed Fifth Harmony.

The youngest member of the group, Jane and the girls soon released their debut EP, Better Together after signing to Sycoa nd Epic Records. A mix of R&B and bubblegum pop, a number of themes are explored within the tracks including heartbreak, empowerment and love. Preceded by the charting single, Miss Movin’ On, the extended play boasted five songs including Don’t Wanna Dance Alone, Better Together, Leave My Heart Out of This, and Who Are You.

A considerable hit (boosted by their popularity on social media), Better Together peaked at the sixth position on the Billboard Top 200, with 23,000 copies sold in the first week; it later also managed to reach number three on the US Digital Albums chart. Outside of the United States, the EP charted at number eighteen in New Zealand.

Several EP releases later, Fifth Harmony received a big break with the release of their debut album, Reflection. Featuring guest appearances from Tyga, Kid Ink, and Meghan Trainor, its production was handled by Dr. Luke, Ori Kaplan, and Stargate. Hailed as one of the best albums of 2015 by Complex, and Rolling Stone, it gave rise to eleven hit songs including Sledgehammer, Everlasting Love, This is How We Roll, Them Girls Be Like, Suga Mama, and Top Down.

Praised for the girls’ dynamic voices, their debut effort reached number five on the Billboard Top 200, making it their second consecutive release to debut inside the top 10; by the end of the first week, over 80,000 units were sold. A global hit, Reflection also charted in several other countries around the world including Brazil, Canada, New Zealand, Spain, Mexico, Japan, and the UK. Since then, it has gone gold in the US with over 155,000 sales.

On May 27, 2016, Jane and the group released their second album, 7/27. Recorded between Santa Monica, London, and Los Angeles, it gave rise to three singles, all of which went on to chart at stellar spots on the music charts. Primarily a R&B, tropical house and pop record with elements of hip hop and funk, a few collaborations were included in the playlist such as Not That Kinda Girl (Feat. Missy Elliott), All in My Head (Feat. Fetty Wap), and Work from Home (Feat. Ty Dolla Sign).

Comparable in terms of success to their previous album, 7/27 went on to peak within the top 10 in over a dozen different countries including Norway, Scotland, Spain, Denmark, Brazil, Canada, and South Korea, among others. To date, 105 copies have been sold across the United States.

Most recently this summer, their third album, Fifth Harmony was released in stores. Their first record following the departure of Camila Cabello, its production was handled by Skrillex, Tommy Brown, Ammo, Poo Bear, and Ester Dean, among others. Featuring a guest appearance from American rapper Gucci Mane, the project gave rise to ten new tracks including Don’t Say You Love Me, Make You Mad, Sauced Up, and Bridges.

Upon its release, the album peaked at number four on the Billbaord 200, with approximately 46,000 sales in the United States. Praised by critics including those writing for The New York Times and The Guardian, Fifth Harmony eventually gave rise to two singles, He Like That, and Down (Feat. Gucci Mane), the latter of which earned gold certification in Canada.

As of 2017, Jane and the rest of the group have garnered dozens of accolades including an American Music Award, a Bravo Otto Award, four MTV Video Music Awards, four Nickelodeon Awards, two People’s Choice Awards, among many others.

In total, they have received over 50 industry awards out of 87 nominations. 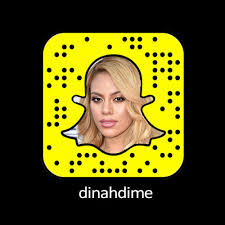 Want to follow the pop singer on social media? Why not add her on Snapchat? You can do so easily by clicking here.

Unfortunately, Dinah Jane herself does not appear to be active on Youtube. Still, you can stream many of Fifth Harmony’s official music videos over at their Youtube Vevo page at @fifthharmonyVEVO.