Jane Leeves Net Worth 2018 – How Much is the Actress Worth? 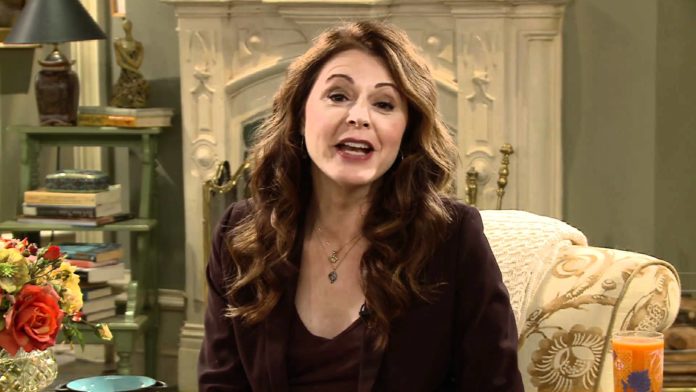 Another day, another former star of the hit show Frasier to take a look at. Out of all the former players on the show Jane Leeves seems to have done the best, with the obvious exception of Kelsey Grammer himself. She has been a little more consistent in terms of appearing on the screen, which for the lay person like myself is the mark of success for an actor. The rest are more concerned with theater than television, and while nobler, does not pay quite as well. It means with the success of Frasier already behind her, the more recent sitcom success she has achieved puts her near on par with the star of her old show, Kelsey Grammer, though he has had some mitigating circumstances. All things considered, Jane Leeves’ personal fortune is certainly impressive.

So let’s dive right in, take a long look at her career and see if we can’t find out where she made all of her money.

How Did Jane Leeves Make His Money & Wealth? 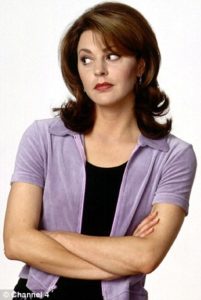 Jane Leeves was born on the 18th of April 1961 in Essex England. She moved to West Sussex at a young age, and early on she trained as a ballet dancer. Despite her talent for dance, it was her looks that caught the eye of casting agents early in her career, and she showed up on British comedy The Benny Hill Show in the early eighties. It wasn’t long before her talent for dance was put to good use, as a result of being on The Benny Hill Show she landed a minor dance credit in Monty Python’s The Meaning of Life. She was one of the dancers in the Every Sperm is Sacred musical number. Her dancing career was cut short due to an ankle injury.

Not long after she moved to the States to pursue an acting career, and landed a number of bit parts in music videos and television shows. Her big break came in 196, when she had a big role on the sitcom Throb which would lead to consistent work on Television for much of the eighties and early nineties. It was her performance on Seinfeld that prompted the creator to recommend to the producer’s of Frasier that they create a role for the actor, so impressed was he with her performance as Marla on the show. So in the early nineties she was cast as Daphne Moon, to this day her most remembered role.

Daphne was a bit of a weird character in the early days. While I feel it is fair to say that Grammer and Mahoney grew their characters out naturally over time, Leeves went from oddball eccentric to mostly normal in a very short space of time. She was still great on the show, and the dynamic between her and David Hyde Pierce made the fist seven or eight seasons of Frasier some of the finest television ever made. Bit of a shame when she got with him, a real down turn in terms of quality, but even when Frasier was at its worst it was still better than the vast majority of everything else out at the time.

In the early days of the show the actors were not making much, little more than $30,000 per episodes, but the show grew in popularity quickly. By the end of season seven the cast were pulling in figures in excess of $100,000. Leeves made less than her male co-stars on the show, a little over $300,000 to Hyde Pierce and John Mahoney’s $700,000+. By the shows end it was more equitable, but not by much. regardless, she made a bundle, and seen as Frasier is still popular today is still making a bundle as a result of her time on the show.

Leeves had a couple of kids near the end of the show’s run, which menas that her career took a bit of a back seat for a while, but she returned in a big way in the late 2000s. She landed a starring role on the sitcom Hot in Cleveland in 2010, and it seems to be doing very well indeed. Into it’s 6th season at this point and still going strong, Leeves stars alongside Betty White and Valerie Bertinelli, as Rejoyla “Joy” Scroggs, the Eyebrow Queen of Beverly Hiills. Betty White was making $75k per episode a few years back, so working from that we can estimate that Leeves is pulling in $100,000+ per at this point.

With another hit sitcom under her belt it loos like Leeves may be about to reach the top spot for former Frasier cast members net worth. I’ll be keeping an eye on that going forward.

She is. Jane Leeves married Martin Corben in 1996, and the couple are still together today.

Where is Jane Leeves from?

Jane Leeves is from Essex, lots of different villages in Essex to be honest. Essex is in the South East of England.

Does Jane Leeves have any children?

She does, Jane has two children. Isabella Kathryn Coben was born in 2001. Her pregnancy was written into the show. But not as her being pregnant, but as her gaining stress weight for some reason. Peri Gilpin is her Godmother. Her second child, Finn Williams Leeves Corben was born in 2003, and John Mahoney and David Hyde Pierce are his godfathers.

Why did Jane Leeves choose Manchester rather than London for the character of Daphne on Frasier?

It’s a bit weird to be honest. She should be far more familiar with the working class South East Lond accent than the Northern Manchester accent that she went with. She claims it is due to the fact that Americans would not be able to understand the Cocney-ish accent all that well.