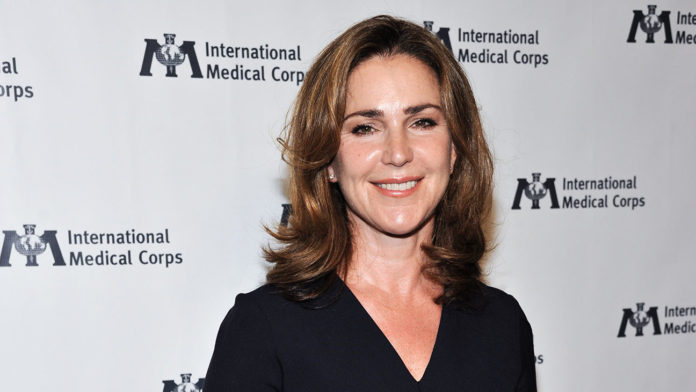 Really thought this set of former Frasier stars would last me a bit longer, but then I remembered there are really only five or six actors in the show. Peri Gilpin is best known for playing Roz Doyle, Frasier’s producer. She has been acting since the late eighties, but Frasier was the show that put her on the map. Actors make their money in the most obvious way, play for pay, but one of the most long term lucrative deals out there is starring on a sitcom. There are dangers, typecasting being the main one, but even if you do end up typecasted you are still getting a check in the mail each month,m depending on how enduring the show turns out to be. Frasier was one of the best sitcoms of the nineties, I would say of all time, so it it no surprise that Gilpin was making big money on the show. Turned out to be fairly important long term for her, seen as her career post Frasier has been less than stellar. don’t get me wrong, she still appears every so often, putting in great performances, but she has never reached the heights she did on Frasier again.

How Did Peri Gilpin Make Her Money & Wealth? 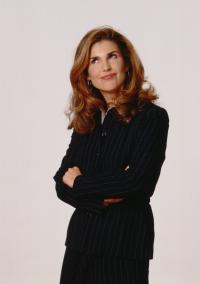 Peri Gilpin was born on May 27th 1961 in Waco Texas. Her original name was Peri Oldman, but she would change that after her mother remarried. Her biological father was a weatherman and radio host in Philadelphia who died in a sky diving accident in 1983. She grew up in Dallas, and her parents encouraged her interest in  acting. She studied at the University of Texas, Drama, and at the British-American Academy in London before looking for roles.

Gilpin started appearing in bit roles in the late eighties, with credits for 21 Jump Street, the original show, and Almost Grown. In 1992 she appeared in Wings, which led to an appearance on Cheers, in the final season, which led to auditioning for Frasier, the Spin off. A nice line there, easy to follow career path. She was cast as Frasier’s producer Roz Doyle for the sitcom, and would appear in every season. A bit of a rarity that every actor on Frasier would stay until the end, a testament to the quality of the show really. Roz was an interesting character, more than able to stand tow to toe with Grammer’s Frasier, she was quick witted, talented, and sexual active. What is more interesting is that Frasier and Roz never ended up together, the will they won’t they dynamic on Frasier being on the co-stars Hyde Pierce and Leeves’ characters. It made for a refreshing friendship dynamic between opposite sex characters.

Frasier was a huge success, and with a successful sitcom comes the pay day. Gilpin was not seen as as big a star as Leeves, Mahoney and Pierce, and so for much fo the show’s run she made less than they did, but ti was still an impressive pay packet, by mid season she was pulling in in excess fo $200,000 per episode, and by the final season that figure would rise to $700,000, parity with Leeves and Mahoney.

Since Frasier Gilpin has seen steady work. Post Frasier she formed a short lived production company with former co-star Jane Leeves. They had a number of ideas for shows, and made a pilot for an American remake of the British sitcom The Vicar of Dibley. The original starred Dawn French returning to her home village as its first female Vicar, the Anglican equivalent of a Parish Priest or Minister. Their version would have been titled Minister of Divine, and starred Kirstie Alley as a former party girl returning to her home town as it’s first female minister. Fox did not pick it up for its 2007 line up. She also had a major recurring role in the sitcom Make it or Break it, which was cancelled after three seasons.

Since then she has had a few bit roles here and there, recurring parts in a few shows, but nothing approaching her former fame. 2017 may be a bit of a land mark year for the actor, as for 2018-2018 she had four film parts lined up. It looks like her wealth will grow, that’s a no brainer, it’s what wealth does, but only time will tell if her career will hit the lofty heights she had in the mid to late nineties. Here’s hoping.

She is. Peri Gilpin married Christian Vincent in 1999. The couple are still together too.

Where is Peri Gilpin from?

Gilpin is from Waco Texas, but grew up in Dallas

Does Peri Gilpin have any children?

How did Peri Gilpin get her start in acting?

Gilpin was a make up artist before breaking into acting. She was discovered by Blythe Danner, who supported her early attempts to get work in the business.

Her biological father, yes. He was professionally known as Jim O’Brien. He was a weatherman and disc jokey, he died in a sky diving accident in 1983.