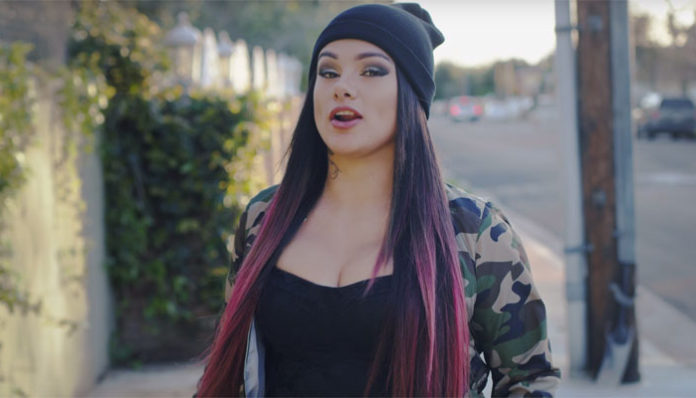 Originally from San Jose, Snow Tha Product is perhaps best known for her hit singles, Drunk Love, and Holy Shit. Involved with music early on, she eventually got into free-styling as a teen. Later deciding to go with it as a full-time career, she adopted her current stage name and got to work at the studio. She released her first mix tape, Raising the Bar in 2008.

Born on June 24, 1987 in San Jose, California, Snow Tha Product (Real Name: Claudia Alexandra Madrid Meza) is known for being bilingual in English and Spanish. Growing up she took a keen interest to music at a young age; by the time she was six years old, she was performing in multiple school talent shows. Having said that, it wasn’t until she was in her teens (shortly after moving to San Diego) that she first got into rap.

After graduating from high school, she studied the social sciences at San Diego Mesa College, in hopes of becoming a social worker. As her passion for music grew stronger however, it led her to drop out in order to pursue a career as a rapper. Adopting her current stage name from the Disney character, she recorded a number of tracks in Spanish which eventually caught the eye of Jaime Kohen, a well known Mexican Artist; the two later collaborated on a song together, Alguien which enjoyed some success in Mexico.

Aside from that, Snow tha Product also dropped a handful of mix tapes online including Raising the Bar, Run Up or Shut Up, and Wake Ya Game Up, Vol. 1.

Known for her rapid fire-style of rapping, she draws inspiration from a number of acts including Andre 3000, Eminem, Johnny Cash, Missy Elliott, Brotha Lynch Hung, Tech N9ne, and Busta Rhymes.

Three accompanying music videos were eventually uploaded onto Youtube (e.g. Holy Shit, Woke Wednesday, and Drunk Love); as of 2017, these MVs have already racked up millions upon millions of views on the site.

Following the release of the album, Snow Tha Product  dropped a few more mix tapes, one of which includes the Good Nights & Bad Mornings series. Made available online through WOKE Productions, it featured a number of collaborations with Ty Dolla Sign, Chi the Prynce, Trae the Truth, Dizzy Wright, and Tech N9ne. Since then, the artist has released an additional mix tape, The Rest Comes Later, in 2015.

On June 17, 2016, the rapper released her first extended play, Half Way There…Pt. 1. Produced by DJ Pumba, Focus, and Arthur McArthur, eight tracks were introduced including Too Much to Take, Nuestra Cancion, Not Tonight, Too Much, Nights, and No Cut. Like her earlier works, a few guest appearances were also included, including those by W. Darling, Ohana Bam, and PnB Rock.

Lauded by fans, the EP went on to reach number nine on the Top Heatseekers Albums and number thirteen on the Top Rap Albums charts, making it her charting record.

Some of the singles that she’s since released include Nights (Feat. W. Darling), Get Down Low (Feat. Ohana Bam), Waste of Time, Nuestra Cancion, and I Don’t Wanna Leave (Feat. Tdot ill dude & Charlie Heat). As a featured artist, Snow Tha Product has also contributed to the tracks, Riding in My Chevy, So Dope (They Wanna), Makin’ Papers, and FCK.

Recently this year, the bilingual emcee made her television debut in the crime drama, Queen of the South. Created by Joshua John Miller and M.A. Fortune, the plot revolves around a young girl who flees to Mexico upon discovering the murder of her drug-runner boyfriend. Starring Alice Braga, Veronica Falcon, Peter Gadiot and Joaquin de Almeida, the artist played the role of Lil’ Travis, a supporting character that appears for a 3-episode arc.

So far, that’s the only appearance that Snow tha Product has made on TV.

Regarding her love life, the rapper has stated that she is indeed taken- though the identity of her partner has not yet been revealed.

Having said that, Snow Tha Product has revealed that her boyfriend is not a rapper- that “[she] would never date a male rapper.” Explaining further, she revealed that she is instead attracted toward “shy-like people.” 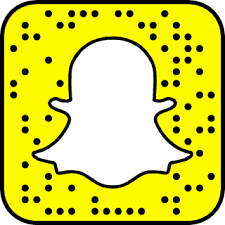 As it’s popular with most celebrities nowadays, you can find Snow Tha Product on the photo-sharing app, Snapchat. If you want to add the rapper to your friend’s list, just click here.

Perhaps you’d like to follow her on Facebook? You can do so by liking her official page at @SnowThaProduct, which has already been liked by over 2.3 million fans around the world.

Looking for an easy way to stay connected with the artist? Why not follow her on Twitter? You can find her official account over at @SnowThaProduct.

Feel like listening to some of her songs? You can stream many of her music videos (which have since been viewed over 56 million times) over on Youtube- her official channel is located at @SnowthaProduct.