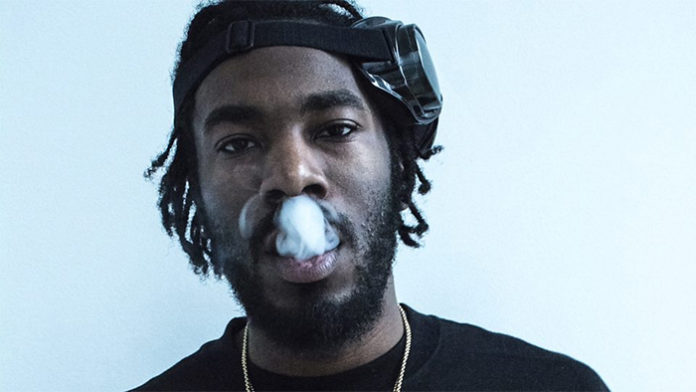 A rapper from New Jersey, Dougie F. rose to fame after being co-signed by rap star Pitbull. Introduced to hip hop at an early age, he often competed with his brother who is also an emcee. A former student at Virginia Union University, he ultimately chose opt out of his studies in order to pursue a music career full time.

Just a year later, Dougie released his debut mixtape titled, The End is Never Near. Gaining momentum, he soon followed up So Far, So Good, which gave rise to a hit track, One Cup. From there, his popularity took off with the release of the single, On Purpose, which featured American rapper, Pitbull.

Since then, the twenty something has came out with several hit titles including Diamonds Dancing, Under Control, Wilson Place, Birthday, and Homiegirl, among many others. Rising in to the top, Dougie has also released two extended plays, Block Party, and Had to Be There. Most recently this September, he dropped his latest offering, Yellow Durag.

How successful is the 26 year old in his rap endeavours? How much has he banked from his music career so far? According to various sites, Dougie F. has an estimated net worth of $100,000 as of 2017. What are his biggest money-makers? Let’s take a look below.

How did Dougie F. Make His Money & Wealth? 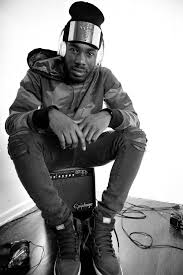 Born on January 25, 1990, in Orange, New Jersey, Dougie F. grew up in the 108 Projects with his older brother, who is also an MC. Growing up, he enjoyed playing a variety of sports, especially basketball- a hobby that he poured many hours into. While chasing the ball on the court, he often plugged himself to music, which seemed to fuel his workouts. When he wasn’t playing, he also listened to the radio and whatever was on the car to and from the park.

Though big on mixtapes as a teen, Dougie didn’t have any particular artist that he was especially fond of. Ultimately, it wasn’t until after he had graduated from high school and entered college on a full basketball scholarship that he started to pay more attention to the music that he was listening to. Drawing inspiration from J. Cole, one of his favourite acts at the time, he soon found himself wanting to be a part of the experience.

Putting it to action, he began writing his own rhymes during his down time, which later evolved into freestyle. Eventually going home for the summer, he continued to hone his skills, which had obviously improved by the time he had returned to campus the next semester. Presented with a bunch of beats from his homies, Dougie got right to work, free styling.

In 2010, while still in school, the aspiring rapper released his debut mixtape, The End is Never Near. Decently put together, the project ultimately earned him an underground following. As he spent more and more time creating music, his interest in college began to dwindle. Eventually dropping out before obtaining his bachelor’s degree, Dougie F. decided to pursue a full-time career in music.

A year afterwards, he delivered his second mixtape titled, So Far So Good. Produced by Lurks Mcfly and Red, it included a few guest appearances from Ramon, Cynko, and his older brother, Heffner Boy. Made available on a handful of streaming websites, the project boasted 20 tracks including rand New Girl, How I Glow, Mutual Thing, Been Around the World, Balling On Em, Lift Off, and Who I Am.

From there, the MC hit it big in 2015 with the release of his single, On Purpose. A collaboration with American rapper Pitbull, it quickly proved to be a major success. Produced by 40 Cobras, the track went on to garner thousands of streams within a matter of hours. Responsible for Dougie’s initial wave of popularity, the song has since been played over 1.1 million times on Soundcloud. On Youtube, the accompanying music video has also been viewed more than 410,000 times.

Later that summer, he released his debut EP, Block Party. Produced by Lurtz Oliver, Rami Betz, Tee Watt, Rich Frvr, among others, the project as a whole is a reminiscence of Dougie’s upbringing in the projects. In his own words, though life was tough, “Friday’s made it all worth the struggle”, in a way, “Friday’s always felt like a block party.”

Consisting of 14 tracks, the extended play boasted the titles, It’s On It’s a Go, That Was Back Then, Diamonds Dancing, Under Control, Bouta Get It, Wilson Place, and From the Mud. Made available for streaming and digital download, the playlist has since been played over a million times on Soundcloud. Out of all the tracks, Under Control appears to be the most popular with over 612,000 streams.

Prior to the release of his next project, the New Jersey rapper dropped the single, Buck 50 in September 2016. A standalone record, its lyrics are said to have described Dougie’s feelings at the time. Posted online, the song has since been listened to over 173K times on his official Soundcloud.

Following the release of another mixtape titled, Had To Be There in late 2016, Dougie’s next big hit came in the form of the single, Homegirl. Featuring California rapper Kyle in one of the verses, the catchy tune was recorded in Los Angeles, while both artists were locked in a studio session. A silky production by Rami Beats and Def Wright, it garnered favourable reviews from fans, who have since played the track over 233K times online.

Most recently, he dropped his latest EP, Yellow Durag on September 15, 2017. Featuring infectious melodies and vibrant beats, the project revolves around “living an optimistic life while knowing how serious things are around you”, according to the rapper. Incredibly story driven, the album came with eight tracks including Wake Up, Still Standing, Feeling Me, Home Girl, Way You Move, Y.O.U., Up Down, and Tick.

Conceptual yet uplifting, the playlist has since been streamed countless times on the web- on sites such as Soundcloud and Datpiff. If anything, it only cemented Dougie’s place further in the rap scene.

While it’s unknown how much exactly the rapper has earned from said releases, they would have contributed to his bank account nonetheless. As it is for most artists however, record sales are not the only thing feeding his overall income. For instance, Dougie also brings home a decent amount from putting on shows and concerts.

Since his debut, the emcee has put on several shows, in various cities across the country. For example in 2015, he performed nine dates from New York to Arizona. Last year, he also entertained crowds at a handful of cities including Stanhope, Philadelphia, East Rutherford, and Howell.

So far this year, Dougie has also put on a couple of performances in Tampa, Florida, and New York. For those of you who are in New Jersey, he’ll be performing at the White Eagle Hall venue later this month. For more information, please visit his official website.

On top of that, he has most likely also been monetizing his Youtube channel. Since he first joined the site in September 2015, Dougie has amassed over 1,500 subscribers with more than 522,000 views (despite the fact that he’s only uploaded two videos so far). As of 2017, his most popular upload, the music video for On Purpose (Ft. Pitbull) has been viewed over 410,000 times.

Assuming that he’s opted to join the site’s partnership program, every 1,000 ad views would yield him a few dollars. While the payout generally ranges from $2 to $5, the exact amount a user earns depends on various factors such as location, content, and audience.

How much has Dougie made so far seeing as how he has 522,000 video views? Easily a few hundred dollars. Not bad for some extra cash on the side!

Considering how he’s showing no signs of slowing down, the rapper’s career will most likely only continue to take off from here.

Not much has been revealed about Dougie F.’s personal life- including information on his relationship status. Seeing as how he’s not made any mentions of there being a girlfriend or partner, it’s assumed that he is currently single.

Does Dougie F. Have Any Children?

From what we can gather, Dougie F. does not have any children- still, this is but a mere assumption.

Did Dougie F. Go to College?

Unlike many rappers who chose to pursue music straight out of high school, Dougie F. did in fact, go to college. A star athlete, he went to Virginia Union University on a basketball scholarship. Having said that, he never did complete his degree as he chose to pursue a full-time rap career half way through.

Is Dougie F. his Real Name?

Yes, it is a shortened version of his real name- his full name is Douglas Ford.

Where Does Dougie F. Live? Pictures of Dougie F’s House

According to his Twitter location, Dougie F. currently resides in New Jersey, though it’s unknown whether or not he’s still in his hometown of Orange. Unfortunately, we do not have any further details or photos of his location at this time.

What Kind of Car Does Dougie F. Drive?

We do not have any information on Dougie. F’s vehicle at this time.

A talented rap artist, Dougie F. has successfully climbed up the ranks over the past couple of years. Since the release of his smash hit, On Purpose in 2015, he has come out with several other tracks including Under Control, Birthday, Homegirl, Mixing, Wilson Place, Award, and Diamonds Dancing, to name a few. On top of all that, he’s dropped three albums- Block Party, Had to Be There, and Yellow Durag.

With his constantly growing fanbase, the rapper has also had the opportunity to put on numerous shows across the United States, the most recent concert being just a few months ago!

How Much Did Dougie F. Make Last Year?

Sadly, we do not have any information on Dougie F.’s 2016 earnings at this time.

As mentioned earlier, he recently dropped his latest album, Yellow Durag in September 2017. What does he have in store for fans over the next few months? We’ll have to wait and see.