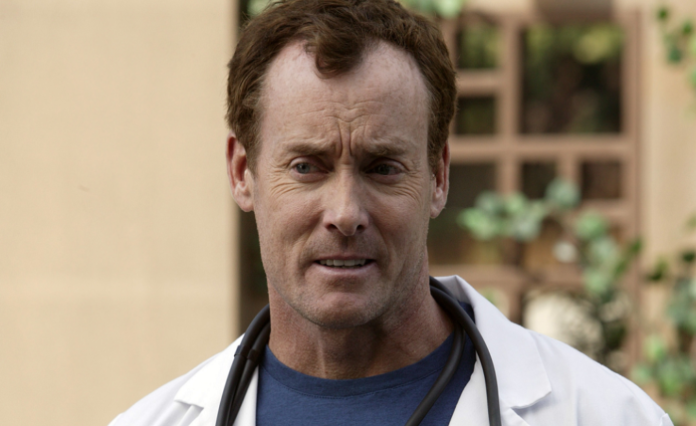 The difference between a series regular and a star on a sitcom seems to me to be a fine line. Zach Braff, star. Donald Faison, star. John C McGinley, regular? Seemed to me to be littler difference between the the importance, and the screen time, between the two actors on the show, but regardless. Not many left in my look at the net worth of the cast of Scrubs, and I finally get to many people’s favorite character. Dr Perry Cox. McGinely brought real charm to the role, portraying the character both hilariously and nuanced, something the show excelled at during its nine year run. McGinley was a key part of the cast, and as a result he made a fair amount of money off of it, but that is not the only claim to fame the man has. He has been working in the business consistently for well over three decades, and had a successful film career before joining the cast of the sitcom. Granted, said film career consisted of little more than minor characters, but it was constant, and lucrative, which I feel is the point.

So let’s take a look at the career of John C McGinley, see where he made his money and where he might be going in the future.

How Did John C McGinley Make His Money & Wealth? 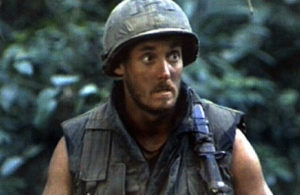 John C McGinley was born on August 3rd 1959 in New York. He is one of five children and of Irish descent, his paternal great grandfather coming from Donegal. He was raised in Millburn New Jersey, and he enrolled in the Graduate Acting Program at the Tisch School of Arts. He completed his education in 1984, and began acting in theater.

McGinely’s stage career was short, and while acting as John Turturro’s understudy in Danny and the Deep Blue Sea, he was noticed by a casting scout. This led to numerous auditions, and a fair number of supporting roles, most notably in Oliver Stone’s Platoon. He made a name for himself as a character actor in supporting roles, and worked with Stone again in 1987 for Wallstreet. He spent the nineties appearing in all sorts of places, mostly in film with a few TV roles sprinkled in there. It’s well paying work, with even the smallest roles in feature films paying tens of thousands of dollars. He also did some VA work, which doesn’t pay all that well, but can lead to longer term gigs for actors. By the late nineties McGinely was proving that he had the range to do pretty much anything, with a number of comedic performances to add to his dramatic roles. One that sticks out for me is his appearance in Office Space, where it is claimed that he ad-libbed a number of takes on the theme of singer Michael Bolton, and the character of the same name in the film. Funny stuff, holds up very well, and it is likely this that led to his consideration for the role of Dr Perry Cox on Scrubs.

Scrubs was a major hit for NBC, and the chemistry between the cast, and the excellent writing playing a key part in the that success. John C McGinley played the reluctant mentor role well, and the stream of consciousness hate rants his character was famous for spewing out at the slightest provocation were always hilarious. McGinley was able to play comedy so well, but there were more than a few occasions where his dramatic chops were on full display, with the episodes My Lunch and My Fallen Idol killing the audience with despair. Certainly among the finest performances on television that year. He  played the part from start to finish, even coming back for the season we don’t talk about.

Sitcoms are a great investment for an actor, with many former sitcom stars still getting checks for performances from thirty years ago. It is not known if McGinely gets a cut to this day, but considering his importance, and the fact that he came back for the final season, I feel it is safe to say he does. Knowing how these negotiations go, and seeing that the budget for season nine was lower than season 8 it seems likely that a cut of the back end was used to entice some stars, like Faison and McGinley, to remain. In the first season it is likely that McGinely was making a little over 30,000 per episode, with Braff and Faison getting $75,000 per. This grew as the show progressed, and while I am certain he never made it to a million, and have read reports that he was getting $500,000 per by the time season eight rolled around. A respectable sum.

His career post Scrubs has been middling at best. He continued to build on his reputation as a supporting character actor, which is likely still paying well, but nothing major to his name. He landed another TV show recently, Stan Against Evil, which was received well. I have yet to get a chance to watch it, but it seem right up my alley, and it’s been renewed for a second season, so none of that Firefly blues on this one. Going forward I think we can expect to see more of McGinely, doing his patented blend of the sincere and the comedic, whether in cinema, television or theater.

He is. John C McGinley has been married twice. First in 1997 to Lauren Lambert. The couple had one child, then divorced in 2001. He then married Nichole Kessler in 2007, the couple have two children.

Who is Max McGinley?

Max is John’s first son, born of his first wife. He has Down Syndrome, and McGinley is reported to have taken the job with Scrubs in order to remain close to him while filming.

What kind of Philanthropy is John C McGinley involved in?

He is involved in all kinds of charities, but the main one is the Global Down Syndrome Foundation. He serves as a member of the board, and donates both his time and his money to the cause.

How many Oliver Stone films has John C McGinley been in?

He has been in six of Oliver Stone’s films, more than any other actor besides the director’s son. He cites Stone as his favorite director to work with.

How many times did John C McGinley audition for the role of Dr Cox?

This is a weird one, as the role seemed tailor made for the actor, and indeed the script describes the character as “A John C McGinley type”, but he had to audition for the role five times before he got the part.