Dax Shepard has been featured in many Samsung commercials along with his gorgeous wife Kristen Bell, but he is most famous for acting in movies such as Idiocracy and Without a Paddle. Most recently, he has acted in an ad for Chrysler cars, and he admitted that he was looking to take a break from acting in order to stay home with his daughters.

How Did Dax Shepard Make His Money & Wealth?


The American actor was born on January 2nd, 1975 in a suburb of Detriot Michigan called Highland Township. His parents, Laura LaBo and David Robert Shepard Sr, got his unique name from a sci-fi novel called the Adventurers. Dax means “the truth that will conquer the world.” Sadly, Dax’s parents divorced when he was just three years old, and his father is now deceased. His mother, on the other hand, is a successful businessperson. She started off as a janitor working at General Motors during the graveyard shift. She lived the American Dream, working her way up from the strenuous blue collar job, all the way to owning 4 shops, and working in public relations.

His mother’s job and lifestyle had effects on his life. He ended up having three different step-fathers over the course of his life. He has a full sibling named David Shepard, who is older than him, as well as Carly hatter, who is his younger half-sister. When Dax turned 14, he began working with his mother on the road. He did this for 14 years. Dax shepherd lives in many different places in downtown Detroit. He ended up going to UCLA and graduated with a Bachelors Degree in Anthropology. Unlike many current celebrities, DAX was not interested in acting as a child. He expressed an early desire to do standup, and he ended up being a class clown and school, but he didn’t act on it until he moved to California.

In 1996, Dax Shepard moved to Los Angeles California. He auditioned for the Groundlings improv troupe, and also took acting classes while attending UCLA. After working his butt off for about five years, he made it into the Sunday company of the Groundlings. Melissa McCarthy was another member of that group. In 2003, he started making a name for himself on the show punk’d with Ashton Kutcher. Gradually, Dax started landing more roles. His first movie was in Without a Paddle, which also starred Seth Green and Matthew Lillard. In the following years, he got parts in lesser-known movies like Zathura, Employee of the Month, and Idiocracy.

Dax Shepard got his first main role in the 2006 movie Let’s Go to Prison, where he met Will Arnett. Later, he ended up writing a script for a movie called Get ‘Em Wet, where he also appeared opposite Will Arnett. Dax has also worked on television and was part of the cast of Parenthood, which was an NBC drama series. In 2014, Dax and his wife Kristen Bell began their brand relationship with Samsung Galaxy. They are still doing commercials for them to this day. 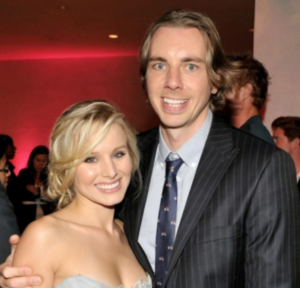 Dax Shepard is currently married to fellow actor Kristen Bell. They ended up meeting at mutual friends birthday party and started dating the fall of 2007. They’ve recently said that the beginning of the relationship was passionate volatile, and they were constantly fighting. Kristen Bell even describes the first couple years as toxic. Regardless, they announced their engagement to the public in early 2010, postponing marriage until California legalized same-sex marriage in 2013. Kristen proposed to Dax over through the microblogging social media site Twitter, and obviously, he said yes. The pair married in the fall of 2013, and they now have two daughters.

Dax Shepard earns about $1 million per year, that you may not know it by his spending habits. He and his wife Kristen Bell ended up getting married at City Hall and spent just $142 on the wedding. While he earns major cash from his movies, commercials, and other brand endorsements, and seems like Dax and his wife won’t be running out of money anytime soon.

While it depends on the movie, Dax Shepard rakes in a good amount. It is estimated that he is made $833,000 from his role in The Judge, and $512,000 from playing his character in When in Rome. 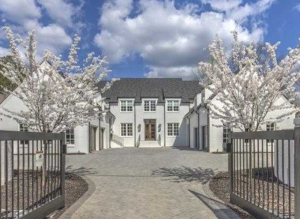 In late summer of 2017, Dax and his wife Kristen purchased a $4.3 million home in Los Feliz. They are living in the same neighborhood as Angelina Jolie. Their house is gated, and they have an acre of land. The house was constructed in 1922 and is over 4000 ft.² with 4 1/2 bathrooms, and four bedrooms. Designed by architect Arthur R Kelly, it is three stories tall and features a formal living room, library, and French doors and picture windows. The mansion even has a carriage house. It looks like all the money that they saved on their wedding was spent on the house. 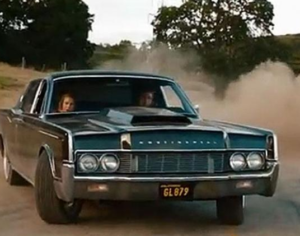 To say that Dax Shepard is a bit of a car nut is a severe understatement. He made an entire movie so that he could showcase his love for cars. One of his vehicles is a 1960’s era Lincoln Continental that looks like it’s straight out of Thelma and Louise. Many of the cars featured in Hit-And-Run, which is a romantic comedy/car movie, are owned by Dax himself.

Shepard also enjoys motorcycles. He owns two of them – a Ducati and a Suzuki GSX. He races them at the Buttonwillow Raceway.

When Dax Shepherd is not acting, writing, or producing TV and movies, he spends a lot of his time volunteering with the Hollenbeck youth center. The program assists inner-city youth in Los Angeles by providing them with activities to do after school instead of leaving them to their own devices. He has participated in their Inner-City Games and the Hollenbeck Youth Centers Miracle on 1st Street Toy Giveaway Program as the Master of Ceremonies.

Dax and his wife are huge proponents of gay rights and even proposed to delay their wedding until it was legal for everyone to be married in California. That ended up delaying their wedding for three years. Their other causes include keeping celebrity kids out of the paparazzi’s watchful eye. They helped with the passage of the California bill that prohibits harassing the children of celebrities for pictures or comments.

Dax was also voted the Sexiest Vegetarian Celebrity of 2013 by the controversial animal rights group PETA, but he was unable to accept because he was eating meat by the time the awards were handed out. In April of 2017, Dax hosted a fundraising dinner for CASA of Los Angeles’s 6th Annual Evening to Foster Dreams Gala. The dinner was for “volunteers and dedicated community members to honor LA leaders who have demonstrated extraordinary commitment to children.” According to Look to the Stars, Dax also supports the following causes – Health, Human Rights, Bullying, Philanthropy, Poverty, Slavery, Human Trafficking, and Children’s rights.

One of Dax Shepherd’s major accomplishments in life is becoming an actor later in life. He didn’t do commercials or TV shows as a child, and he didn’t just get a lucky break. He took years of acting classes and was able to become popular on Punk’d only after auditioning and failing to get the role for over 10 years. It was Ashton Kutcher who ended up getting taxes first agent.