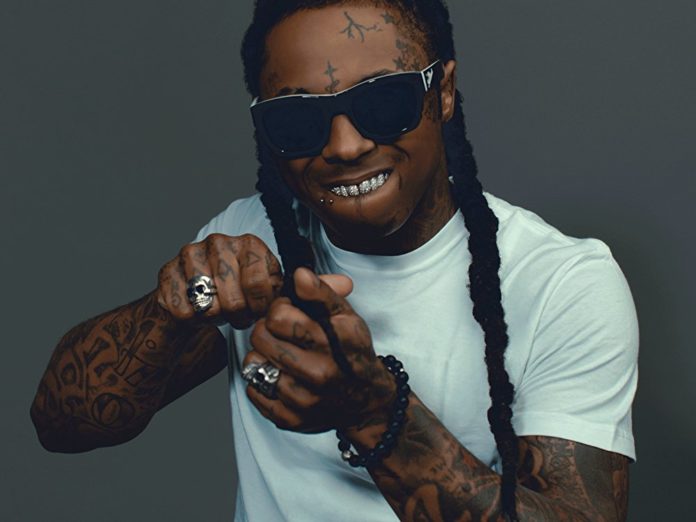 Rapper, producer, award winner, executive, Lil Wayne has been on everyone’s radar for around two decades. But what if you want to get updates about the superstar on your phone, in a more personal way? Here, we’ll take a quick look at Lil Wayne’s life, career, snapchat and social media accounts.

Born in New Orleans, Louisiana as Dwayne Michael Carter, Jr on September 27, 1982 to a cook and a father who would very soon be out of the picture, Carter’s life was one all too common in the deep south. From a very early age, Lil Wayne showed a great deal of intellect, being enrolled into the gifted programs and making it through all of his lower schooling with flying colors. Early on in elementary school, Wayne would start rapping, and by time he was 11 years old he showed enough promise leaving freestyle raps on Bryan William’s answering machine that he gained a mentoring and record deal within Cash Money records. By 12 he also showed a propensity for acting, and accidental gunplay, shooting himself in the foot with a handgun. By 14 years old he would drop out of school to focus on music, though he would later return to his middle school for philanthropic reasons. 3 Years later, he would not only have his first solo record out, Tha Block Is Hot (which would make it to number 3 on the charts and certified platinum) but would also have first child, a daughter named Reginae with Antonia Johnson who he’d marry on Valentine’s Day 2004, but get divorced 2 years later.

As is common, his sophomore offering, Lights Out, wasn’t nearly as popular but still gained a gold certification in 2000. This would then happen again with his next album, 500 Degreez. Two years later, after a bit of refinement, Lil Wayne would release Tha Carter, which would also present the artist with his now signature dread locks. This would strike true as an album, bringing as much success as his first one. He’d also get into partnerships with a more varied cast of singers and rappers as his sequel album, Tha Carter II would feature the likes of Robin Thicke. Soon after the release of this album in 2005, he would be made President of Cash Money records, as well as become founder of Young Money (which is where his frequently uttered phrase before songs “Young Money, Cash Money” comes from). The same year, Lil Wayne would enroll in the University of Houston, but later transfer to the University of Phoenix where his course load would focus primarily on psychology but also art. In 2006, Lil Wayne would team up with Bird Man to produce Like Father, Like Son which featured the hit Stuntin’ Like My Daddy, which gained a great deal of popularity and also cemented the relationship between Wayne and Birdman to that of something like family.

2007 would be a year which would kick off a pattern for Lil Wayne and the prison system. Wayne would be caught with a good deal of Marijuana and then later was sentenced to one year in prison, which he served on Riker’s Island. During this time he stated he spent a good deal of time working out, reading the Bible and writing love songs that have yet to make it to the recording booth at this time, though his book “Gone Til November” which talks about his experiences hit shelves a while ago. The legal troubles that began in 2007 but didn’t let up until after 2010 barely seemed to slow down the artist though as during this time he’d still release Tha Carter III, We Are Young Money and Rebirth, all of which would get significant praise. The following years would see him climb the ladder as a producer and executive, but not without a few hurdles. He would complete both I Am Not a Human Being I and II, as well as Tha Carter IV, but despite years of build up, has yet to put out Tha Carter V, which is said to be his last album. This was partly due to a legal and record dispute with Birdman, though it seems as of 2017 the pair have made up somewhat. In the years between, Lil Wayne has made for himself an empire that conquered radio and internet playlists with the likes of Nicki Minaj and Drake making a trio of modern urban music. At time of writing, there appears to still be some problems with Cash Money Records in the legal department, so it may be anywhere from months to years before he hear a new Lil Wayne Album despite a few being in the works for literally years. Luckily in the mean time his associates as well as his social media have provided a good deal of entertainment to millions of fans. Speaking of, let’s take a look at what Lil Wayne’s Snapchat code and social media accounts are so you can follow him as well. 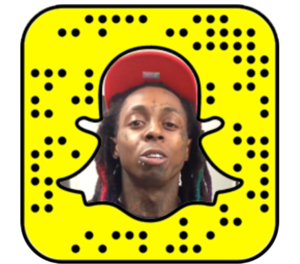 To see plenty of promotional content for his record label, as well as some more personal moments that can include appearances by Drake, Nicki Minaj, Rick Ross and others, follow Lil Wayne @lilwayne on Snapchat.

Lil Wayne Kik Username – At this time, Lil Wayne either does not have a Kik or does not wish it to be publicly available.