The Mixing Bowl Update – What Happened After Kitchen Nightmares 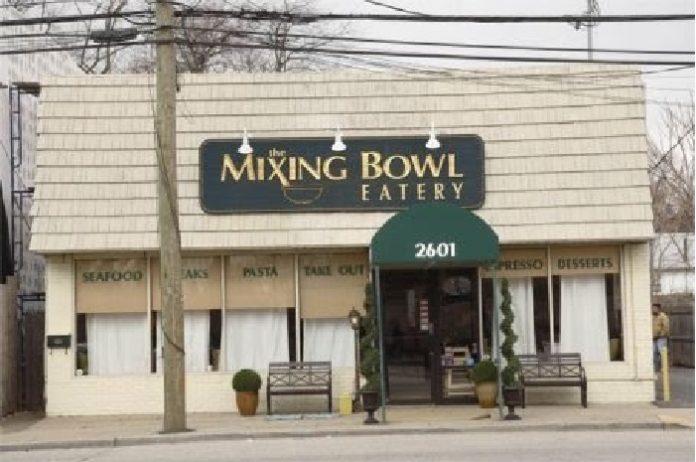 The Mixing Bowl Before Kitchen Nightmares

The Mixing Bowl in Bellmore, New York, was a struggling restaurant when it appeared on the third episode of Kitchen Nightmares in October 2007. The restaurant, owned by the husband and wife team of Billy and Lisa Galletti was suffering from a huge increase in local competition that had sprung up in the decade since they first opened, and as Ramsay was soon to discover, there were other issues that were causing the Mixing Bowl’s financial future to look so bleak.

A quick introduction to the staff reveals that Billy runs the kitchen, but he has a front of house manager to keep the customers happy, a perpetually grinning man named Steve who portrays himself as the shining star that everyone comes to the restaurant to see, to experience his first-class people skills. Steve may be able to keep the customers happy, but the waitresses don’t seem quite as impressed by him, and Lisa hardly sings his praises either, she’s given up hope in the family business and wants Billy to shut the restaurant down. Billy’s kept on going so far but knows he’s months away from having no choice. There’s a large angry chef heading The Mixing Bowl’s way, and that ever-present grin is shortly going to be wiped off Steve’s face a few times, when Gordon Ramsay becomes Steve’s own personal nightmare.

The Mixing Bowl On Kitchen Nightmares

On first sight Gordon reacts to the sight of the restaurant with ‘This doesn’t look too good’, and after entering and looking less than impressed with the general look of the place, saving his harshest criticism for the paper table coverings, he proceeds to quiz Steve about what type of food is on the menu. Gordon wants to know if it’s healthy, Steve calls it ‘New American’, Gordon ends up knocking the slightly overweight Steve on when he last went to a gym, or ate a salad. Steve retreats back to the counter until Gordon’s food arrives, and then returns there, staring with his slightly strained smile at Gordon, who proceeds to ask him to not stare at him as he’s eating.

Gordon is impressed with the crab cakes, but not so much with the ‘glue-like’ pancakes, or the generous amount of garlic included with the salmon that Steve failed to list in the ingredients. Gordon’s final conclusion is that The Mixing Bowl is ‘Very Average, dreary and sad’, and sad is just how everyone looks at the news. A meeting is held where Gordon suggests they should just close the restaurant down now if they’re not completely committed to turning things around. Lisa is ready to agree but Billy, who Gordon describes as a man waiting to be put out of his misery, insists he’s 100% committed to making the business a success, but Lisa really would have preferred to just end things there.

Steve has a fair amount of interaction with, or abuse from Gordon throughout the evening too, and he also reveals that he gives away 50% off promotions frequently and spends money on a huge number of large and colorful signs that he circulates in the front window, Gordon checks out the signs, and questions Steve extensively about them. It was like watching a man die inside, but to give credit to Steve, he managed to keep that little smile going right until the end, before finally he gave up the will to argue with the hyped-up Gordon any more. The next day Steve’s average smooze-filled day is once again interrupted by the sight of Ramsay waiting for him with a large industrial wood chipper, but Gordon isn’t about to dispose of Steve, it’s only those garish window signs that get the shredding treatment. ‘Now accepting reservations’ gets thrown gleefully into the chute by Gordon followed quickly by a ‘Thanksgiving Dessert’ promotion and a heart emblazoned Valentine’s day promotion that gets crushed to a pulp, but it’s Steve that looks like his heart is broken. Gordon gathers everyone together and shows how the competition has grown in the area.

When The Mixing Bowl opened ten years ago there were just four neighboring food outlets, now there are forty-five. Gordon suggests a solution to the problem, with a number of gyms, salons and sporting facilities in the area, the one thing that’s missing is a healthy-eating focused menu. He spends a few hours in the kitchen with Billy, who speaks very little as always, but the business owner seems happier than ever before and it’s clear that he and Gordon have a common passion, the love of cooking food and making it special. In Gordon’s home turf of the kitchen, and his most explosive environment, not a single raised voice was heard as they worked on the new healthier dishes.

The first night of the new menu comes complete with a makeover of the drab drapes and paper table covers, and the newly refurbished restaurant looks completely different with a few hangings, the odd painting and some over-sized chairs. Everyone’s much more positive now and the revitalized team goes out on to the street to promote the Mixing bowl’s new healthy-eating focus. The New York Dragons Football team are invited to enjoy a visit and everything seems on the up. As news of Gordon Ramsay’s involvement in The Mixing bowl spreads around customer numbers go up until the restaurant is at capacity, but the problems for Steve never seem to go away. His insistence that he deserves to keep half the tips because his personality causes such large tips in the first place doesn’t go down well with the waitresses, who describe him as ‘impossible to work with’, which isn’t that surprising as the cameras have caught a few of his verbal tirades at them.

Steve’s ability to actually run a busy restaurant comes into serious question as the full capacity restaurant leaves him no time for smoozing and forced to keep things running smoothly, something that was clearly demonstrated when he forgot the reservation for the New York Dragons, who waited politely, in the form of a bunch of enormous men standing as unobtrusively as possible in the low-ceiling room as Steve scuttled around them, apologising profusely and sweating even more profusely as he delivered almost everything without dropping it.

The Mixing Bowl Now in 2018 – The After Kitchen Nightmares Update

The Kitchen Nightmares crew and Gordon Ramsay left the business with it’s new décor and healthy menu, but sadly, like over 60% of the struggling businesses that Ramsay brings a Kitchen Nightmare to The Mixing Bowl did not survive too much longer after wards. Just over a year after the show was first aired the restaurant closed in January 2009 after the increased competition finally squeezed them out. Many viewers as well as many in the industry blamed Steve, who was occasionally smarmy, and to some slimy, but others heaped some of the blame for the problems in the business at Lisa’s feet, for her negative outlook and seeming unwillingness to fight for the survival of what was clearly Billy’s dream.

Perhaps Billy gained the most from Gordon’s intervention, they shared a passion for cooking and he seemed to strike up a genuinely friendly relationship with his fellow food-obsessed chef, and although Gordon’s assessment of Billy as ‘Too Nice’ to run a business was probably true, he hasn’t let the failure of The Mixing Bowl stop him doing what he loves the most. Now in 2018 Billy Galletti is the owner and sole employee of JR Alta Food Inc, a business services industry company that has approximately $60,000 annually in revenue and only one employee, presumably Billy himself. Whatever he’s doing he’s probably happy, and as for Steve, although there’s no definite information, there’s a fairly prevalent rumor that he’s the manager of a Whitecastle’s now, and if that’s true, you can guarantee those burger loving kids are just going to love that ever-present smile.