Sierra Skye a twenty-one year old model who is most famous for her work as a swimsuit model, and her immense Instagram following. As out-of-this-world hot as she is, she also comes across very sweet and relatable through her social media sites – she posts memes and inspirational quotes and declares her love for Mexican food and her boyfriend.

How Sierra Skye Got Famous

Sierra was born Sierra Egan on November 6th, 1995 in California. She is of Native American and Italian descent, which gives her an interesting look as a model. She began posting on Instagram in the spring of 2015 and began growing her following. About a year later, she was able to achieve a following of 100,000 people. This following and her gorgeous pictures led her to snag a shoot with Forever Sunkissed Bikinis at some point in 2016. This was the real start of her career.
Sierra Skye’s Modeling Career

Soon after doing the promo shoot for Forever Sunkissed Bikinis, Sierra got a contract with the Elite Model Management agency. She’s gotten brand deals with several smaller fashion lines, such as Boutique Los Angeles and Plumeria Lingerie. Sierra Skye was featured in an article on GQ.com in the spring of 2017. The article revolved around the models’ tips for attending Coachella, which she has gone to three times now. She suggests things such as renting a house and going with fun friends who want to see as much as the festival as possible. She also told the magazine that she would go into skin care if she was not in the modeling industry.

In June of 2017, Sierra did a gorgeous photo shoot for Moda Glam Boutique and performed in a music video for the Sound Cloud artist Tritonal. She did an interview with the website Greatest Physiques where she describes her fitness routines. She is said to do three days of cardio, and five days a week of strength training, and follows a strict clean eating diet when she is doing her shoots.
Sierra Skye’s Controversies

Sierra has had a few of her photos reported, and then taken off Instagram. They were deemed too controversial or too inappropriate for the social media platform, most likely because she is a fan of using the “one arm bra” technique of keeping her sizable breast in check in photographs, and most of her bikini bottoms are thongs. She is also rumored to have gotten plastic surgery, but that is not very unusual for a swimsuit model from Los Angelos.
Sierra Skye’s Romantic Life

As they stated in their Q&A video, Sierra and Roman met through a mutual friend at a club where Roman was a promoter. The two had run in the same circle for a while before Sierra got the guts to ask him out in 2016. You can tell from their videos that they are absolutely crazy about each other. 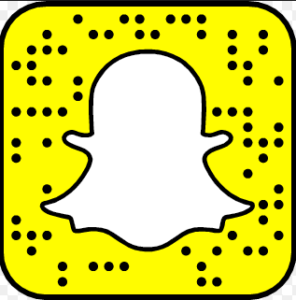 In an unusual turn of events, Sierra Skye does not have a public figure page, but she does have a personal Facebook profile under her given name, Sierra Egan. Not too many of the posts are public, but you can still see some of her photos from over the years – about one pic per year, actually. Sierra has 1,886 friends, including many of her family members. In 2015, she shared a candid selfie of her and her friend, but the other pictures are of Sierra and her man. You can check out her Facebook profile page by clicking here, and maybe send a friend request?
What is Sierra Skye’s Instagram name?

Sierra’s official Instagram page has 251 posts and over 3 million followers. Many of the bikini model’s pictures challenge the social media site’s terms of service regarding nudity. Many of the photos she shares are for her brand endorsements, like her relationship with Plumeria Lingerie, or Fashion Nova. Sierra Skye also posts some candid pics of herself and her boyfriend. She joined Instagram in May of 2015, and her very first photo is of her tiny gray kitten perching on her legs with the caption “Mornings with her are the best.” You can join Sierra’s 3 million followers by clicking this link and hitting the big blue follow button.

Sierra Skye’s Twitter account has over 25.8 thousand followers, and 1,740 tweets. You can see all of her content by clicking here. She uses the page to connect with her fans and promote her own brand of hair bands in an online store run by Big Cartel. Sierra retweets quotes that she likes, and often posts pictures with her equally as attractive boyfriend, Roman Palumbo. On September 29th, 2017 she tweeted the sad news that her childhood cat died and then retweeted her mother’s response.
What is Sierra Skye’s Kik Username or Code?

It does not look like Sierra Skye has a Kik, or at least not one that she shares publically with her fans.
What is Sierra Skye’s YouTube Page?

Sierra Skye and Roman Palumbo have a verified YouTube page together with 12,277 subscribers. Their description says that they post daily vlogs, but it’s more like once every couple days (semantics, I know.) The lovely couple enjoys doing crazy challenges like the “What’s in my Mouth? Challenge”, as well as question and answer sessions, and videos of their travels. You can follow Sierra and Roman by clicking here.