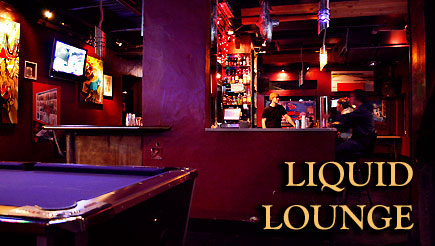 The Liquid Lounge Before Bar Rescue

In 2010, Rob McCCarthy bought The Liquid Lounge, a local watering hole with nightly entertainment in the sprawling city of Long Beach, California. He spent 30+ years tending a bar, but in his heart, he knew that if he had the money he would get his own. When his parents passed away, he inherited close to $400,000. It was time to step up and be an owner, so he took all that money and invested it into The Liquid Lounge. When he first took over, the bar was rockin’ – six and a half years ago, it felt like the right fit. Rob kept the name because it had a good name and was well-known.

The place was lively and even the staff had a lot of fun. For the first three years, Rob’s investment paid off – in 2013, The Liquid Lounge posted more than $650,000 in sales. Just a few months later, multiple setbacks combined with Rob’s lack of experience sent the bar into a downward spiral. It was the perfect storm – they lost one of the two cooks, they had a citing for fruit flies publicized in the local papers which hit them hard. What seemed like a good investment quickly turned into a money pit while Rob’s inexperience turned into incompetence.

Head bartender says that the thing standing in the way of success is Rob himself. He’s very nonchalant about everything, procrastinates and puts everything off – there are a lot of things that need to be fixed that Rob doesn’t pay attention to. Things need to be cleaned and everything looks dirty, even the walls. Over the years, the problems have been getting worse, according to cook Thomas. However, Rob says that the job is one that is 24/7 and he often feels overwhelmed, tending to put things on the backburner. You can never escape that feeling, he says. But, at the end of the day, it’s Rob’s bar and he’s letting the place fall apart.

With The Liquid Lounge falling into a state of disrepair, Lola saw it fit to bring in her husband, Dudley. Dudley has taken a handyman role, and anything he can do to help the bar run more smoothly, he does. Even still, the bar has continued to lose money (which includes Rob’s entire life savings) to the point where Rob is now $270,000 in debt. Now, Rob has pulled back the doors, busted open the books, and reached out to Jon Taffer to perform a miraculous bar rescue. 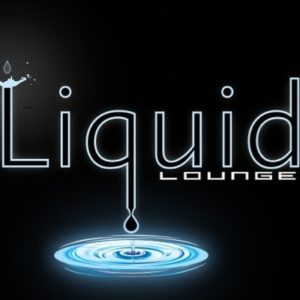 The Liquid Lounge on Bar Rescue

In Long Beach, California, Jon Taffer pulls up to the front of The Liquid Lounge. The bar has been there for almost 20 years, although the inside would say otherwise. There is three rooms, one with pool tables, and even a patio outside. The bar itself has a massive footprint. Long Beach is not far from the ocean, and the demographic is fascinating – the median household income in America is $57,000, but for Long Beach is $46,000. The kicker is that it costs 44% more to live in Long Beach than anywhere else in the United States. There is no disposable income. Even better, 68% of the market is single, and the median age is 32 years old. It’s a young, single’s marketplace, really. Still, the front of The Liquid Lounge does not advertise that, expert mixologist Rob Floyd and culinary expert Tiffany Derry.

Jon then explains that Rob had a $400,000 inheritance, but after $650,000 in sales a year, it was all downhill. Now, he is only doing $325,000, and if the name of The Liquid Lounge wasn’t worth anything then, it isn’t worth anything now. Rob has no money now, the group of experts concludes. The Liquid Lounge is looking at 3 more months of operating. Inside The Liquid Lounge, the staff look bored as only a few patrons sit at the bar. Still, Jon points out that the bar is like a home and the patron and staff are all like family. Dudley has finished his duties for the night, including mopping the floor and doing some basic repairs, and takes off for the night.

Jon then says that Stacy, the bartender, has been working there for more than 20 years. He wants to know what she says since she has truly seen it all. In the kitchen, cook Tomas prepares a BLT sandwich, although the sandwich is left sitting in a plastic container right next to the trash can. Cleaning supplies are strewn throughout the kitchen, but all of it looks dirty. Jon then points out how unkempt the bar is, as nothing looks clean or cared for. Nothing looks even wiped. The soda guns are kept in fish tank bowls, which is a smart idea, although the drippings from the bar’s railing (the area where drinks are prepared, typically designated by a rubber mat/surface) drip down into the garnishes.

The limes are old, the container for white crust (a garnish on certain drinks) is filthy and looks like soy sauce, and the salt garnish has stagnant water in it from yesterday’s drink mixings. Jon then wonders why any people would go to the bar. Since the market in the area is young, his daughter Sam is young (and also represents Jack Daniel’s), Jon sends his daughter in to perform recon. Sam enters the 2,500 square foot space with outdated decor, no POS system, one speedwell, and no dedicated area for entertainment.

Sam sits at the bar and orders a Jack and cola, which comes out to $7 (an expensive cocktail.) A Jack and Cola should be 3-parts cola to 1-part Jack, but the drink is more like half Jack Daniel’s and half cola. Sam asks for some limes to dilute the drink so it is more palatable, but she most swat the flies away from limes. A customer enters the bar with a bag from Subway, and Jon is irate – they should not be letting people bring food in if the kitchen is open. The owner, Rob, stands at the bar with his arms crossed, looking unimpressed in the meanwhile.

Jon, however, is stressed as he is unsure if he can let Nicole eat there. Sam goes to place an order, and the disgusting kitchen is all too visible. Jon then says that the kitchen looks like a prison kitchen. Sam orders a shrimp kabob, and cook Tomas takes no sanitary precautions. The shrimp is frozen and raw, and to make matters worse, there are fruit flies flying around. Rob and Tifanny say that there are more than a dozen health violations, so the trio of experts storm in the bar to intercept Sam’s food order and start setting things right for The Liquid Lounge.

Jon’s bar rescue attempt was a success, and The Liquid Lounge has been renamed to Tidal Bay Beach Bar. Of course, the first thing he did was to knock down some walls to make the space feel open and less congested, and now the bar resembles a surfer’s beach bar. Surfboards have replaced the disgusting bartop, and the entire bar has been renovated to look more like a 21st century bar. With the refurbishing also came a new menu, although the prices have been raised. One Yelp review pointed out that drinks now cost $2 to $3 more than they did before, and even food has gone up in price.

There is now a cover charge and 2 drink minimum for Fridays and Saturdays, as well. Still, people seem to be very happy with the bar rescue – the Yelp page has more than 100 reviews for a 3.8 star review, and Facebook has a 4.2 star review over 30 different reviews.