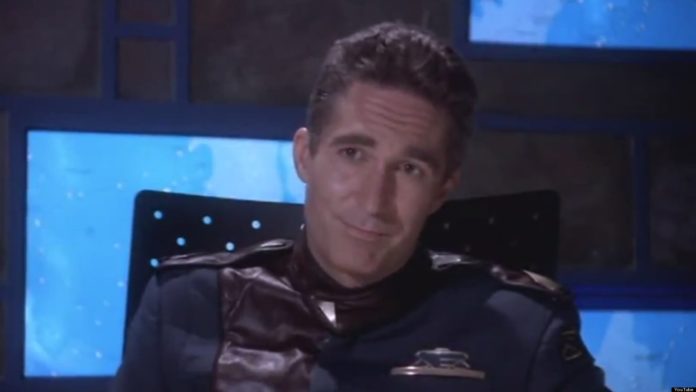 This is something I have wanted to do for a while. A look at back the cast of my favorite Sci-Fi show, Babylon 5. The majority of the cast have had very interesting careers, and Michael O’Hare was no exception. If you are here to find out the answer to the title then I have some bad news. Michael O’Hare passed away back in 2012 of a heart attack after a long battle with schizophrenia. The announcement was a shock, but the man held fast for years, putting in stellar performances and beating back his demons until his body simply gave out.

Micahel O’Hare’s birth name is Robert Michael O’Hare Jr. He was born in Chicago and studied at Harvard before attending Julliard School of Drama. Much of his early career is now lost to the poor record keeping at theaters. I did a little digging here and found a number of contemporary reviews of his time on the stage. He played a police officer in a 1983 staging of Shades of Brown, a two-man play set in South Africa during Apartheid. Despite the reviewer noting the apparently “contrived” nature of the premise, his performance was well received. So well in fact that he was nominated for an AUDELCO Award. It was a major boon for the young O’Hare and led to a number of very well received performances on Broadway proper.

His run on Man and Superman with Philip Bosco saw rave reviews, and I was again able to find a few floating around the web from the mid-eighties, got to love the digital age. He also joined the cast of A Few Good Men in its original Broadway run. The film is excellent, and the play is near as good. He played Jessup, who would be played by Jack Nicolson in the movie. Interesting to me was that Clark Gregg from the Marvel flicks was in the original cast for that one too. Again, positive reviews followed. The theater may have been his first love, but O’Hare had already had some success in television by the mid-eighties. 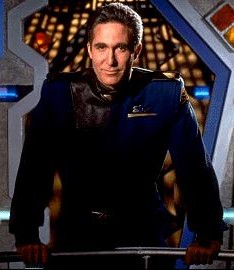 His earliest TV role was in 1976, with a major role in The Adams Chronicles, a show about President John Adams, back when people liked him. He followed it up with a few TV movies and a brief role in TJ Hooker, but his screen career never really took off. I am sure he made some decent money though, in fact, they do okay if they book a gig every few months. It wasn’t until the early nineties that he gained a major success on television, and even then that is debatable.

I love Babylon 5, an awful lot, but I am not blind to the fact that Paramount put Deep Space Nine up against it for competition. Frankly, B5 is the better show, especially if we include the god-awful first three season of DS9 in the comparison, but due to the competition from a major Star Trek show, B5 was a bit of a middling hit with the viewers. Still, it was revolutionary in terms of storytelling and the cast was wonderful, in no small part to the world building of Straczynski and the straight-laced military demeanor that O’Hare put into his performance. Sadly O’Hare only stuck around for one season, and when Babylon 5 went off the air Michael O’Hare did not appear in many more roles.

O’Hare suffered from schizophrenia for much of his career. During the early days he was able to keep a handle on it, but that is a disease that gets worse over time, and every so often the medication just stops working and you have to find new meds. He kept it to himself while alive, likely wanting to have the option of a career to return to, but halfway through Babylon 5’s first season he found it was too much. Juggling daily hallucinations and paranoid delusions with the workload of starring in a major TV show proved to be too heavy a burden and O’Hare pulled out, even removing himself from the public view. He was able to return to the show on two occasions, with Straczynski working around O’Hare in order to finish his role and give him a good send-off. First was a simple video message cameo, while the second was a full-on two-parter that pioneered tech that DS9 would go onto to perfect with their Trials and Tribblations episode.

His last on-screen role before his death in 2012 would be an episode of Law and Order.

What is Michael O’Hare doing now in 2018 – Recent Updates

Michael O’Hare died in 2012 fo a heart attack. He had been out of the public eye for nearly a decade by that point, and up until 2013 literally, no one but his closest friends knew why. Imagine not knowing why an actor disappeared from your favorite show for more than twenty years. When Straczynski told the world in 2013 it was a sad shock. O’Hare had fought the good fight and survived far longer than I would have. His death laid more credence to the Babylon 5 curse, as it seems to many of the actors passed away at a young age.

As it stands Michael O’Hare is not a household name, but he was an integral part of one of the best shows ever made. We might take myth arcs and long-running stories for granted in TV shows these days, but always remember that Babylon 5 did it first, and arguably it is still better at it than the endless deluge of show influenced by it.