What Happened To Bruce Boxleitner? – 2018 Update 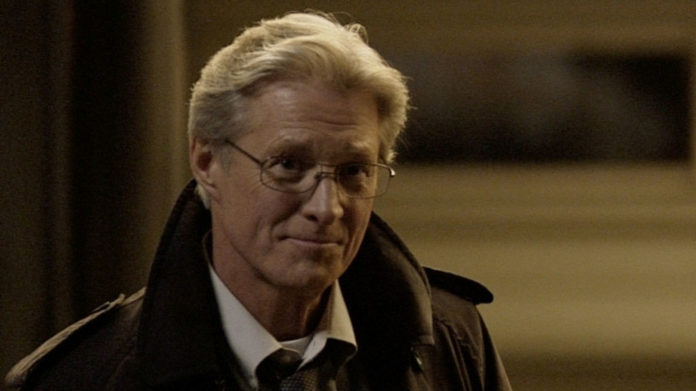 Moving on from last weeks look at Michael O’Hare, we get to the second Commander of the Babylon 5 station. Bruce Boxleitner is a trooper. The man has been in the business for nearly fifty years, putting in great performance after great performance. He gained mainstream success in a handful of television shows in the late seventies early eighties, before moving into film. He was Tron for god’s sake. The film may not have been the most financially successful flick ever, but it was a revolution, and Bruce’s performance cannot be overstated. He would return to the character several times over the years, in video games, TV shows, and the sequel movie, and it tells you a lot about the actor. He cares about the characters he plays. Granted, I am sure the paycheck was a bit of an incentive as well, but I don’t doubt for a second that if Straczynski asked him to come play Sheridan again he wouldn’t jump at the chance.

So let’s take a long look at Bruce Boxleitner’s career, see where he came from, and where he might be going in the future. 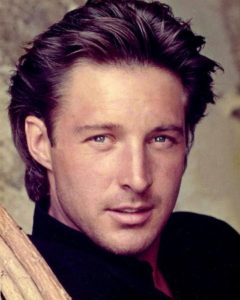 Bruce Boxleitner was born on May 12th, 1960 in Elgin Illinois. He was bitten by the acting bug at a young age and would go on to study at the Goodman Theater, now known as The Theater School of DePaul. He got his start in acting in his early twenties, appearing in a number of television shows in the early seventies. The Mary Tyler Moore Show gained him some minor recognition, but it was his appearance in an episode of Gunsmoke that would prove the most beneficial. Of course, every actor of a certain age appeared in Gunsmoke, but few landed their own Western-esque show off the strength of their performance.

In the late seventies, he landed a major recurring role on How the West Was Won, appearing in 25 episodes. It led to a bit of a casting niche with western shows, such as Wild Times and Kenny Roger’s The Gambler. He would appear with Rogers in two more Gambler flicks, really cementing his career as a fine worker. The early eighties are when he really began reaching a wider audience. Fresh off the success of The Gambler he landed a major role in one of the most revolutionary films of all time. Tron.

Tron is amazing. Unfortunately, it was a little ahead of its time. The visual effects were created with computer-generated imagery, and so odd was this that it was excluded from the visual effects, Oscar. According to the director, the Academy felt they had cheated by using computers. Can you believe that? Bruce played the titular character, and while it didn’t make him the lead, he was still excellent in the role. While Tron was not a success upon release it proved to be hugely influential, with John Lasseter of Pixar stating “No Tron, No Toy Story”, and I for one do not want to live in such a world. Every time there is a new Tron anything Bruce always sign on.

The late eighties saw Bruce landing major roles in a number of long-running shows, like Bring Em Back Alive and Scarecrow and Mrs. King. Both shows lasted a number of years, and that means long-term paychecks for the principal cast. In the early nineties, he jobbed around in a number of shows, nothing of any real note, but this tends to happen in longer careers, there is a lull.

In the mid-nineties, he was hired on to replace the outgoing Michael O’Hare as the lead on Babylon 5, and it is here that I know him from. Boxleitner’s character, John Sheridan, was a far more action orientated replacement for Jeffrey Sinclair, who was a war, weary commander. He took the show to new heights, really dug into the role, and cemented himself as a powerhouse in the Sci-Fi genre. I cannot overstate how important Babylon 5 is in television history. You know the way pretty much every show right now is doing the seasons’ long myth arc thing, with character actors filling every role? Babylon5 was the progenitor to all of that, it is is still one of the best pieces of fiction ever committed to film. The show ran until 1998, with a couple of films set in the same universe in the years that followed. 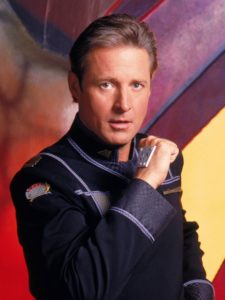 The 2000s were an interesting time in Bruce Boxleitner’s career. There are few things that really hit the mainstream, and besides the occasional Tron role, he kinda fell off the radar. I did discover that he did some book recordings for an author you might have heard of. L. Ron Hubbard. That’s right, a number of the science fiction books written by the king of Science fiction living L Ron Hubbard are read by Bruce Boxleitner. Have not found any reference to Boxleitner being a Scientologist though. So that’s good news.

Most shocking to me was finding out he played the antagonist Lieutenant Colonel John Konrad in Spec Ops: The Line. I played that game repeatedly, better the second time through, and somehow missed that. Went back and watched his big moment at the end and am kicking myself. I mean, it’s obviously Bruce Boxleitner. That game takes on the themes tackled first by Metal Gear Solid 2: Sons of Liberty and laser focuses them. If you haven’t played it yet you really owe it to yourself. So good that Nolan North being the lead role doesn’t sound hackneyed.

What is Bruce Boxleitner doing now in 2018 – Recent Updates

Most recently Boxleitner has shown up in NCIS, playing the sort of recurring role of Vice Admiral C. Clifford Chase, he appeared in 2010 and again this year in the role. He continued his penchant for TV movies, playing a character called Jim Ross. He has a new show debuting next year, called Fly. The show is based on the real-life experiences of the first all-black team of flight attendants. Boxleitner plays Capt. Nathaniel Price, Sr. a major role. A full season has been greenlit and assuming it does well it should prove quite lucrative for the man. While he claimed to be done with Tron, there are reports that a third film is in pre-production, and it is likely he will reprise his role.