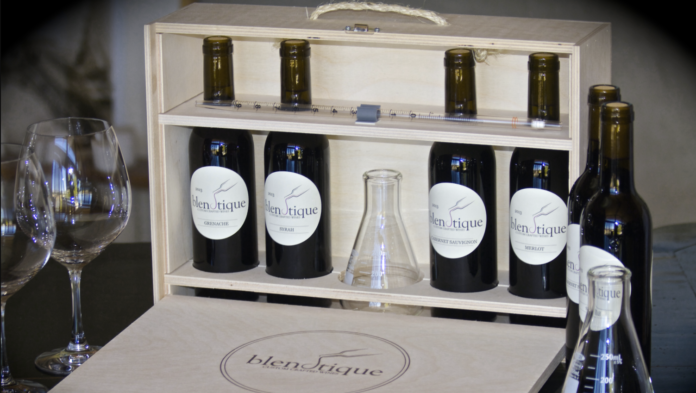 According to a post on prnewswire.com from 2016, Blendtique was started with the help of First Choice Beverage, a company which aids new business owners in starting an alcoholic beverage brand. Billy Dim worked in the Santa Ynez area wine industry and had a Sommelier Certification from 2010.

He decided that the experience of visiting a winery needed to be more interactive. Sure, visitors could taste the wine, purchase a couple bottles of the favorites, and go on with their day. But that was not enough for Billy. He started his business to allow people to create their own blend. People liked the idea, but would the Sharks? 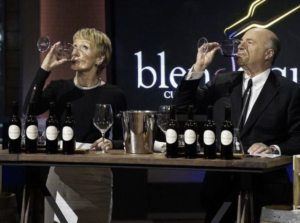 Billy Dim walked out into the Shark Tank, and onto the stage. He greeted the Sharks and asked them who wanted a great bottle of wine. All of them raised their hands. Billy introduced himself and told them that he was the founder and CEO of Blendtique. He stated that he and his partners were seeking $250,000 in exchange for 10% equity stake in his business.

Billy asserted that his business allowed consumers to develop their own personalized wine plans from the comfort of home. He called Blendtique revolutionary. Billy said that the wine kit came with four distinct bottles of wine as well as an instruction manual, a flask, and the measuring pipette. He insisted something that the customer would need to experiment until they created results that they would love, and want to buy for themselves. It would be uniquely personal to them.

Once the customer decided on the perfect blend of wine, they would log on to the Blendtique website and upload their favorite blend. The website also offered options to design an original label and order a case of the wine. He ended the presentation by welcoming the Sharks to the Blendtique Wine Company.

He then invited Kevin and Barbara up to the stage to have a blending competition. Kevin owned many wine companies, so it will be interesting to see who won. Bill explained that he will be taking them through the process, which would look different if they were doing the presentation as a date night or a group class. He said it was also something that people could do from the comfort of home. Kevin said that he would be blending a Meritage, which is a blend that came from Noble grapes. Billy told him that that was beautiful, and advised him to taste each of the individual wines before getting to blending.

Billy has them try the merlot first, and then the Cabernet Sauvignon. Kevin announced that the “Cab Sav” would be a part of his blend. Robert laughed and said that Barbara was already drunk. Each of them was drinking full glass samples. Barbara said that she couldn’t express how much she was on the pitch. She let Billy know that she was already in. Robert asked her if it would be a good date night for her and Kevin, and Barbara said that she was already falling in love with him. The other Sharks all laughed.

As Billy passed out samples to the other Sharks, he explained that there is going to be a little competition between Barbara and Kevin’s blend. The other Sharks would serve as a testing panel. Billy commented that Kevin was using all of the tools including the pipette and the flask. Kevin said that he was just fine-tuning the perfect beverage. He addressed Mark and said that blending a Meritage takes the skill of the master. Kevin finally finished and tapped his flask. He claimed that the result was nectar from the nipple of Aphrodite. This got quite a laugh out of Robert.

Kevin said that he was ready to compete with the swill that Barbara came up with. He said that it should be a blind taste test. Billy said that that was what they were going to do. He would mix the glasses behind his back and no one would know whose was whose. Barbara started to drink out of hers with a straw. The other Sharks chastised her and said that they couldn’t watch. Kevin said that there’d be no more dates with her. He attempted to drink Barbara’s blend but gave an exaggerated cough. He proclaimed it to be swill.

The Sharks all tried each of the blends, and they all had a definite winner. Lori and Robert both picked Barbara’s wine and only Mark liked Kevin’s. There’s a bit of chaos as Barbara and Robert hugged, and Kevin insisted that there is no way that Barbara could’ve blended a better wine. Mark told Billy that he’d gotten way off in the weeds because some the Sharks were already drunk. He told Billy to get to the point.

Billy explains that Blendtique had been in business for two years, and had done $200,000 in sales in that time. Robert told him that that wasn’t bad, and asked if it was a subscription service. Billy explained that it was an e-commerce business where they had a website. Consumers bought it directly from there. Robert asked him how much it costs per kid. Billy explains that each kit retails for $99, and it cost him $35 per box. Robert said that his margin was okay.

Mark pointed out that Billy said that they were doing classes, and asked if that was a big point of revenue for Blendtique. Billy said that that was where the product has evolved to. He said that he found a big need for the business in the hotel, catering, and hospitality industry. Mark said that he didn’t really want to get into that side of it. Billy explained that that was a huge revenue booster for them, but he wasn’t interested. He told Billy that he didn’t just come into the Shark Tank and say that they are going to crush sales by having experiential classrooms, instead, he said that it was to be done at home. Mark said that that was not the path of least resistance. Mark decided to go out.

Barbara said that she had a great experience with the kit, but it seems like it was being marketed as a party favor. She asked how much it will cost to buy a case of wine. Billy told her that would be $300 for the case of wine. The other Sharks did the math and said they came out with $25 a bottle. This made the other Sharks cringe, even Kevin the wine expert. Barbara asked what the conversion rate was people that bought the kit versus people that bought the case of their own wine. He said that it was 15%. Lori said that that was a terrible conversion rate. Barbara told him that she enjoyed the party, but she went out because she didn’t see people buying a lot of wine.

Kevin address Billy and told him that he spent a lot of time in the wine business, and it would be very hard to sell Americans a bottle of wine for $25. 97% of the wine that people bought in America was under $13.30 per bottle. Kevin went out, stating that he would never be able to sell wine for over $14 a bottle. Billy tried to argue that it was a handcrafted product, and Kevin said he understood but he was still out.

Lori was the only shark that was stolen. She said that she loved the product, and she loved the experience of people making it. She was not thrilled with the price point. She wants to know if Billy could get it down to $49.99. When Billy said that he could, Lori decided to give him a chance. She offered him $250,000 in exchange for 30% equity. Billy said that was a little high as he had a partner, who would want him to counter with 15% equity. Lori said that she liked him, and she was willing to take the chance even though there is a lot of uncertainty. She was willing to go to $250,000 for 25%. Lori explained that Billy needed a workhorse, and she was a Clydesdale. Billy hesitated again, stating that his current investor was a bit of a Shark himself. Billy only owned 49% of the company, so he would need to dilute his shares to do the deal with her. Lori offered him a loan instead of 10% equity and 8% interest. Billy paused, but eventually ended up taking the offer.

Blentique in 2018 – After Shark Tank Update 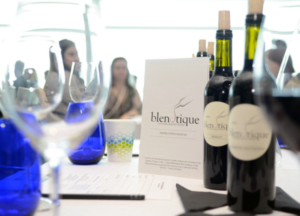 It seems like Blentique has been doing well since getting a loan from Lori on during their segment. According to posts on their company Facebook page, sales had been so great every time their episode airs that the website goes down. Unfortunately, their social media sites have gone largely un-updated. They are still selling the same custom wine kit on their website that was featured on Shark Tank, and the kits are no longer for sale on Groupon or Amazon.