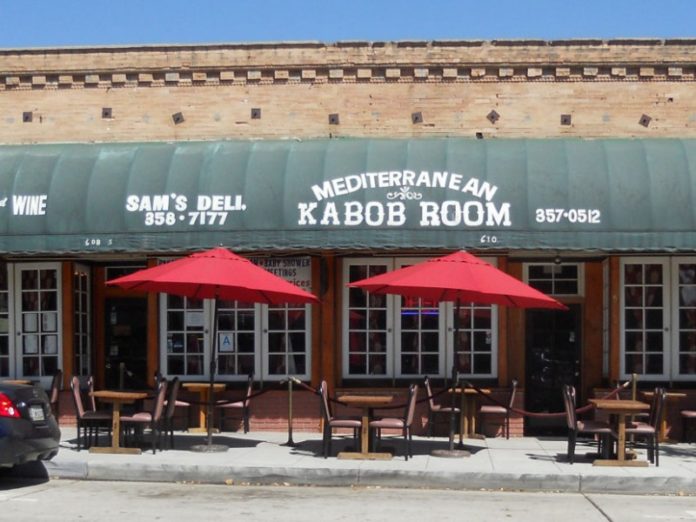 A family owned and run restaurant in Monrovia, California, Sam’s Mediterranean Kabob Shop opened in 1997. At the start, it seemed like Sam’s Kabob Room would be a success, but due to economic downturns, customer traffic began faltering despite being less than a half-hour away from Downtown Los Angeles. Since that time, the owner Sam had to fire all of his staff aside from his wife and children. The children for their part feel hindered for having to work at the Kabob shop instead of pursuing their own interests and lives. Sadly, this shows in the décor, the food, the service, and the constant infighting which can be heard in the dining room. Can Chef Ramsay patch this family up before both their family ties and the Kabob shop itself is destroyed? Let’s find out.

The episode starts out with Chef Ramsay just heading out of his lodgings to be met with the truck full of people that are Sam’s Children and is somewhat overwhelmed. He invites them inside, and they have a sitdown to discuss what’s wrong. This quickly turns into a free for all as all of the kids start talking at once. When organized, they all agree that Sam is the issue, and they all work 12-hour shifts, 7 days a week. Disturbingly, it’s claimed Sam stated “[he] didn’t want 7 kids so they could do their own thing. I want them all in the restaurant.” After given this info, Ramsay heads over and decides to keep this conversation between himself and the kids.

As Ramsay enters Sam’s Mediterranean Kabob room, he gets right to meeting the owner himself. In quick order, it is revealed that the 7 children he has working for him are not getting paid at all, and instead, are living with him and his wife in their house rent-free. Ramsay sarcastically says he’s shortlisted for “Dad of the Year”. When discussing food, Sam says his food is 9/10, but the décor is clearly closer to 1, with ripped chairs. When looking at the menu, it’s rife with misspellings, and he orders a vegetarian combo, a lamb shank, a gyro, and a steak and shrimp. While it’s being prepared, there’s family fighting in the kitchen which is clearly being heard by the customers.

When the veggie combo hits the table it looks a bit sad, and the eggplant is revealed to be canned. The Falafel is bland, and overall the plate is no good. The Gyros are up next and looks very dry. It turns out it’s manufactured and frozen, shipped to Sam’s Mediterranean Kabob Room, and then reheated. The New Zealand Lamb Shank is up next, which is preceded by yet another fight. The lamb again looks poor and is likely boiled. As a result of continued fighting, customers begin emptying the front room. When the steak comes out, it’s overcooked, as it was asked to be medium rare but comes out well done. The shrimp scampi is severely over buttered, looking like a cream soup with some tough shrimp thrown in. A full staff meeting is then held, asking about the conflict first. This creates another fight which is a headache inducing. Next, the food is discussed, and Ramsay bluntly asks if the crew has given up, and the head cook admits he no longer really cares. After the chef leaves, the children then fight again, and one of them who works the front is challenged to cook due to his criticism but appears to back down. 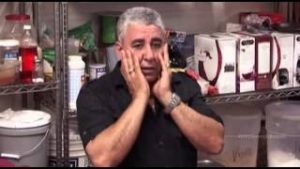 As dinner service is prepared for, Chef Ramsay jumps into the feud pit yet again. Ramsay takes the mother aside and asks what’s going on. She admits she doesn’t want to see this for her children, and this is not a healthy way to live. Dinner Service begins, there’s clearly no organization behind the line. There is a consistent theme of overcooking or undercooking dishes, and Ramsay takes a break to look at the walk in, which has literal buckets of parsley. Overall, the produce looks off, but it’s not as bad as some other kitchens that have been seen in the past. That being said, there’s not much to mess up as most of the meats are frozen. Dinner service ends, yet again, with a family fight that can be heard through brick walls. Ramsay cools the fight down to admonish them all for their conflict and disorganized approach to both their family life and the dinner service.

The next morning, Ramsay holds a family meeting with a focus on how they feel trapped. He states that the kids have to be blunt about why they want to leave Sam’s Mediterranean Kabob Room to Sam himself, to clear the air about being trapped. Sam doesn’t want to hear it, as he claims they are too young to make their own decisions, and Ramsay is befuddled. He interjects and states Sam cannot keep making his children feel guilty, and that the burden of the business is not theirs. The children have a tough time telling Sam the truth, and finally, he begins to break down, realizing that things cannot continue as they are. The children take him crying very hard, but are insistent they will remain there for him, but they need to live and want to do things such as to go to college. Ramsay states there needs to be a time to let go, and they all fall into a group hug as he leaves for some air.

After this meeting, Ramsay takes the family to the kitchen to teach them how to cook with fresh ingredients and some basic kitchen coordination. This turns out to work beautifully, and when sharing the results of the new cooking methods, Ramsay even manages to take a picture of the family smiling and enjoying each other’s company. This is followed by a full renovation of Sam’s Mediterranean Kabob Room, taking it from run down to chic, artistic and modern. A new menu is also presented, which does not include frozen ingredients. On relaunch, old and new customers are pleased with the changes, and the family themselves appear to be working as a more cohesive unit, with much less fighting and much more success. Has this wonderful trend been maintained into 2018? Let’s find out. 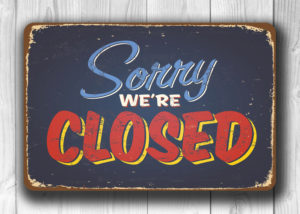 As of 2018, Sam’s Mediterranean Kabob Room has long had its door closed. After the Kabob Room was featured in Kitchen Nightmares, there was an uptick in business, though ratings appear to have remained near the same as previously after an initial (small) rise in both foot traffic and ratings. Overall, Yelp shows before its closure in 2014, it closed with 105 reviews and 3 stars. Najjar, for his part, has suggested that while Chef Ramsay did teach him well in how to make food, his décor ideas did nothing to help the Mediterranean Kabob Room, and the location may have been the final nail in the coffin. Will we see another try, with a new location of Sam’s Mediterranean Kabob Room in 2018? Only the future can tell.