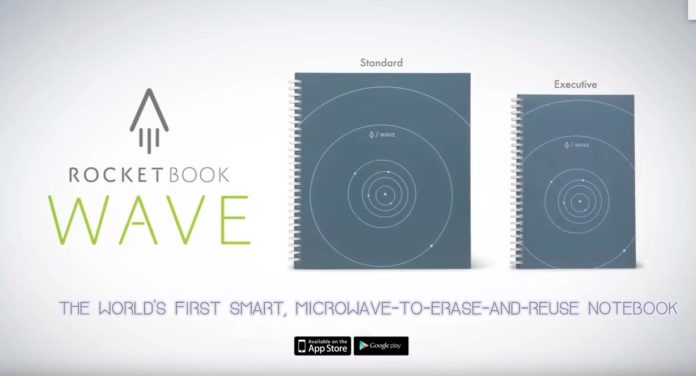 Two entrepreneurs step into the tank with a futuristic version of a common product. Meet Joe and Jake, the founders of Rocketbook. They are seeking an investment of $400,000 in exchange for 10% of their company. They make notebooks from the future and flourish their notebooks. It doesn’t matter whether you’re a student or a shark, some people just can’t let go of pen and paper. It’s the most natural form of expression for some people. But meanwhile, the rest of your life can be digital and accessible on any device. This is why the two created Rocketbook.

Rocketbook is really just a pen and paper notebook, but you can scan the pages with the Rocketbook app to instantly blast those notes to popular cloud services instantly organized for you. At the bottom of each Rocketbook page are seven symbols. You get to decide what they do. So, for example, the diamond symbol so that those notes go to your startup pitch folder inside of Google Docs. Maybe Lori could use the star symbol so the notes go right to her assistant’s email. With the notes save in cloud services, you don’t really need the hard copy anymore, which is why they designed their first notebook, The Rocketbook Wave, to be reusable.

That’s correct – you can make the entire notebook contents disappear. Joe calls up an assistant and calls on Robert to assist. Robert begs that they don’t make him disappear. Joe hands Robert the Rocketbook and asks him to make a note. So, Robert draws a smiling face. Joe scans the note with the Rocketbook app so they can make the notes reappear later. Now, for the next part, they require a fairly bulky piece of hardware. This is the Rocket Reset Chamber, which is just a microwave.

Robert sticks the notebook in the microwave, along with a little mug of water to place on the circles of the cover. The most important part is putting the mug of water on the notebook, which helps to control the heating process so it works in every microwave. Joe instructs Robert to nuke the notebook for 90 seconds. While the notebook is microwaving, Jake hands out samples to each shark. 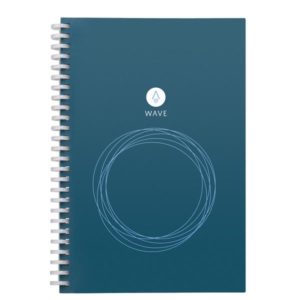 Kevin starts by saying that the only reason he’s microwaving the book is to erase it so he doesn’t have to buy a new one. So, what’s the matter with Joe and Jake? Do they want to sell another book? Why would he want to erase it, instead of throwing it out or burning it and buying another one? Thank goodness they met Kevin since he’s solved their whole problem. However, Joe and Jake have sold around 75,000 Rocketbooks so far. Mark is blown away by this, and Barb asks if they are selling to Martians.

However, Jake says that people love it since it’s a fun idea. Each Rocketbook costs $27 in retail, and their total sales are about $2.2 million. Mark claps for them. All of the Sharks are blown away, and Robert says that all the Sharks are taking them way more seriously now. However, they have not proven that Robert’s page has been erased. So, they open back up the notebook and show the page. This is amazing to the Sharks. It’s the Rocketbook, but they did just lose a sale since the guy doesn’t have to buy it again.

Robert asks why people are buying it, and Joe reiterates that it’s because the notebooks are awesome. People come for the microwave ability but stick around for the Rocket System. However, Kevin insists that any iPad with a pen can do the same thing right to the cloud. The iPad is just another gadget to lose and another battery to charge, Joe points out. Kevin is still trying to wrap his head around the idea of nuking the book in a microwave. Robert loves the gimmick, and it clearly works.

Lori has two questions, but Robert asks about the science that makes the Rocketbook work. Joe says that there is a lot of science that has gone into the construction of a microwave-safe notebook. They actually have patents pending. Robert asks about the water, which Joe says absorbs a lot of the energy and slows down a lot of the heating process. Barb is still stunned, saying that it’s the most stunning yet wacky and brilliant idea she’s ever seen. Her fear is that it is a great gimmick, and in two to three years from now, people will get tired. So, Barb is the first Shark to exit the deal. 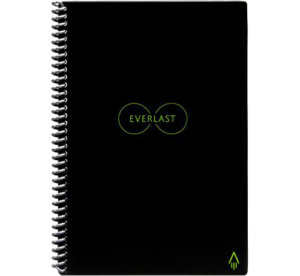 Robert then says that he does not understand the schtick. He applauds the sales that they currently have, but he’s amazed that they’ve sold as much as they have. He thinks that there are other Sharks interested, so he will not pollute the competition. He is also out. Kevin says that the Rocketbook is so crazy that they can get millions in sales by nuking a notebook in a microwave. He’s not even sure he’s on planet Earth right now, and there’s nobody in the world who would take paper and erase it when he could sell another one. In his universe, that’s a dark force and an evil force he can’t understand. So, Kevin is the third Shark out of the deal, leaving just Lori and Mark.

Lori starts by saying that she would never dream that anybody could reinvent a paper binder. A notebook is a notebook, but Kevin interrupts. A $1.20 notebook from Staples now costs $27, and you have to stick it in the microwave. This is disturbing to him, for some reason. Lori continues on, and she does not think the price is bad for what it is. They’ve also proved the concept, but she doesn’t like all the steps. She doesn’t like taking a picture of each page and then microwaving it and put the water on it. She gets how people might like it for maybe one time and tell their friends, but after awhile, she thinks it fizzles out. So, she is the fourth Shark out of the deal. 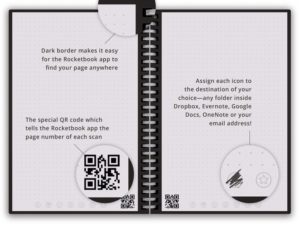 Mark starts by saying that the microwave should be the thing that sells it. End of story, right? Joe says that this is absolutely not the case, as it is a differentiator since people are buying and repurchasing them because of the Rocket System. Mark then asks where Joe and Jake see their sales in 5 years, and they are confident that they can build themselves into a major brand. People thought “what could a post-it note be?” but now that product takes up all of Staples. However, with a post-it note, all you have to do is write on it and stick it on something. They are intent on having digitally-enabled paper and office products, which causes Mark to burst out laughing. The entire phrase is just such an asinine idea. Mark is lost for words, but ultimately, he is out of the deal. He was fascinated by the idea, but there just does not seem like space for investing.

Joe and Jake would have loved to work with the Sharks and secure a deal, but it’s not always a great fit. They are still having a great time, and there is nowhere to go but up for them. They leave the Shark Tank without finding a deal in their Rocketbook notebook.

Mark absolutely has a point – the premise of a self-erasing notebook should be the thing that sells itself, while the bonus is just having the utility and flexibility of the Rocketbook app. With that said, Rocketbook is available from their website ( https://getrocketbook.com/ ) for the time being, although special orders and purchase order forms can be found on their website. They are endorsed by companies such as TechCrunch, CBS, CNet, Fortune and a whole lot more.

The Rocketbook Color has the same features of the other Rocketbooks but has a special fiber that allows for crayons, markers, and colored pencils to be washed away. The Crayola line of crayons and pencils are the target, but many other dry-erase products work as well. The Rocketbook Color comes with 12 pages and is available for $22.

There is one extra product available now, which is the Rocketbook One. This is a one-time use Rocketbook notebook and is available for $12. The webpage specifically points out that the One is not microwave-safe, and is not a reusable product. However, you still have the benefit of being able to upload an archive using the Rocketbook App. The Rocketbook One comes in either an executive or letter size and has 140 pages. Not a bad deal for those curious about how the Rocketbook App works.