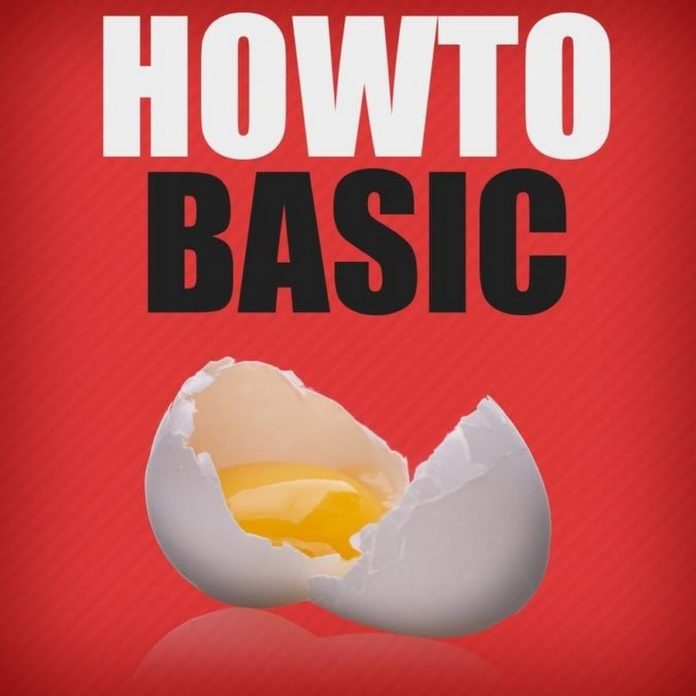 Viral content on the internet typically circulates because it is funny or entertaining. In the case of YouTuber HowToBasic, the content is both of those – but it’s also just plain weird. The strangely popular channel rose to internet infamy for its schtick of bait and switching users with seemingly useful how-to videos on various subjects, then surprising them with an absurdist satire of a “how to” format video. HowToBasic’s videos often involve him adding completely useless steps to a task, and the “how-to” video almost always involves a mess (and eggs). Despite his strange style, the channel has 10.1 million subscribers.

In spite of HowToBasic’s often nonsensical humor, his channel has attracted a massive following. The videos have also circulated on other parts of the internet, attracting millions of views from reposts on Facebook, Instagram, and other platforms. He has also given multiple anonymous interviews online and on the radio.

Eccentric YouTuber HowToBasic (whose true identity remains a mystery) has undoubtedly made a fortune off of his odd videos. The channel currently boasts 10.1 million subscribers and a lifetime total of 1.6 billion video views. HowToBasic has also featured other notable YouTubers on his channel, further boosting its popularity. The channel has additionally partnered with Fullscreen media, who are associated with YouTubers like Shane Dawson and Rooster Teeth.

How Did HowtoBasic Earn his Money and Wealth?

The exact identity of HowToBasic is unknown – just like his content, the YouTuber is enigmatic and mysterious. What is known about the strange internet personality is he is a male from Australia, estimated to be in his late 20s. HowToBasic’s face and first name were previously revealed in a Filthy Frank video, where Frank called him “Warren”.

HowToBasic began uploading videos in December 2011. His initial how-to videos were actual tutorials, yet the content began to change with more uploads. Videos gradually shifted from helpful to absurd. Common elements of the videos are rapid cuts of strange tasks, random objects, and eggs. For example, one of the channel’s most popular videos “How to make brownies” involves the Youtuber overfilling a blender with brownie mix, milk, and uncracked eggs. The contents are then haphazardly thrown into a pan, and then into the restroom. Many videos involve HowToBasic mixing a variety of food ingredients into disgusting concoctions, or just on his floor or countertop.

Roughly 4 years after his YouTube debut, HowToBasic’s channel began to go viral. The channel was suspended by YouTube two times for breaking their policy on misleading content, but YouTube later stated they would not suspend it for that reason again. At that point in time, the channel had hundreds of videos. HowToBasic has been known to upload many videos at once – at one point in time, he uploaded 93 videos in a single day.

HowToBasic has adopted a strange cult following that he has retained long after the channel’s peak in 2015. A common joke of the fanbase is “Children in Africa could have eaten that” in reference to him wasting food. The joke has been posted so much that fans often argue about the overuse of the joke in comments, which has become a joke in itself.

The bait and switch style videos of HowToBasic became popular on YouTube and other sites. During its rise to fame, those unfamiliar with the bizarre humor of the videos were often confused or offended, ultimately making the channel even more popular. Most people are familiar with the channel and its strange humor – 10 million subscribers are in on the joke.