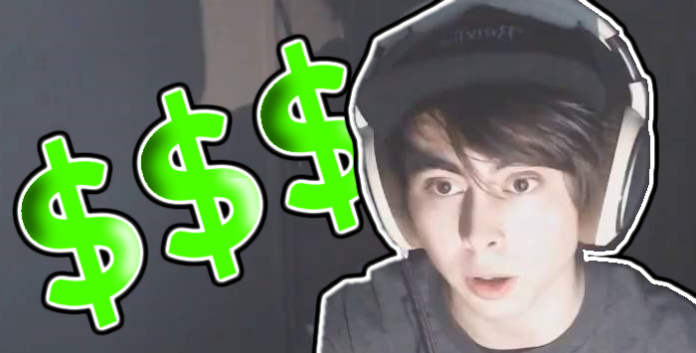 LeafyIsHere (real name Calvin Lee Vail), is a popular YouTuber, best known for his commentary and reaction videos. He started making videos when he was just 16 years old and has since then become one of the most popular and controversial users of the platform. Today, we will be taking a look at his career, and discuss LeafyIsHere’s net worth.

According to NFKRZ, Leafy may have left the YouTube scene altogether because he is worth $3 million, and set for life. Some other sources are quoting his net worth being as just under a million dollars, based on some averages regarding his views. However, that is not a precise measurement, nor does it include merchandise sales or sponsorships. So our best guess is that Leafy is worth more than that. And according to NFKRZ, the number is $3 million.

How did LeafyIsHere make his money & wealth?

As you can imagine, LeafyIsHere made his net worth mainly through YouTube. Like many others, Calvin was able to make a full-time income from his channel due to his popularity. Calvin was one of the most popular YouTubers during his peak, in 2016. This attracted lots and lots of fans and haters to his channel, but the point is that everyone was watching Leafy’s videos. And on YouTube, views mean payday. Leafy uploaded over 600 videos, and many of them have reached millions of views, making him a lot of ad revenue in the process.

Unfortunately for his fans, Leafy currently isn’t active on YouTube nor Twitter. His last video was uploaded several months ago, and the channel hasn’t been active since. There are many theories regarding what happened, NFKRZ’s one being the most popular. It is totally possible that Calvin made a ton of money at a very young age, and decided to move on from YouTube. Nowadays, he is a 22-year-old millionaire (estimated), but we are sure that many people await his return to YouTube.

No, Leafy is not married at the time of writing, based on what we know about him. While Calvin did upload a ton of videos, he rarely ever mentioned his private life in them. So we don’t even know whether he has been in a relationship in the recent times. Thus, we’re concluding that Leafy currently isn’t married.

According to SocialBlade, Leafy’s channel growth is definitely decreasing, thus decreasing his earnings too. SB shows that Leafy made somewhere from $1.4k to $21.9k from YouTube revenue in the last 30 days. Due to the nature of his content and the currently ongoing “apocalypse”, we are pretty sure that Leafy is much closer to the lower figure than the big one. This is a guess, but at best, Leafy makes $3,000 per month currently. Unfortunately for him, that number is going down each month, due to his inactivity.

How much money does he make per video?

At the moment, Leafy’s most recent videos usually stick around the 500,000 views mark, more or less. This means that his most recent videos made him around $500 each. However, his more popular videos have over 5 million views and have made him thousands of dollars apiece. All of these are estimates because YouTube’s ad system is very advanced and complex, so there is no way to know the truth, except if you’re either Leafy or YouTube themselves.

There currently isn’t any info regarding Calvi’s house, and judging by his inactivity, there probably won’t ever be any. What we do know, is that he lives in Seattle.

Again, not much is known about Leafy’s personal life, including whether he has a drivers license or a car. If you do know some information about his garage, be sure to comment below.

As you might expect, there are not many mentions of Leafy’s donations, but there is at least one that we know of. He donated $1,000 to H3H3Productions, another Youtube channel that Calvin was actually ‘beefing’ with. When they had an expensive trial regarding fair use, many YouTubers came to support them on a fund-raising platform. This included Leafy, Keemstar and the FineBrothers, all of which were in bad relations with H3H3. However, like Leafy stated in his donation note “Fair use is more important than petty internet beef.”.