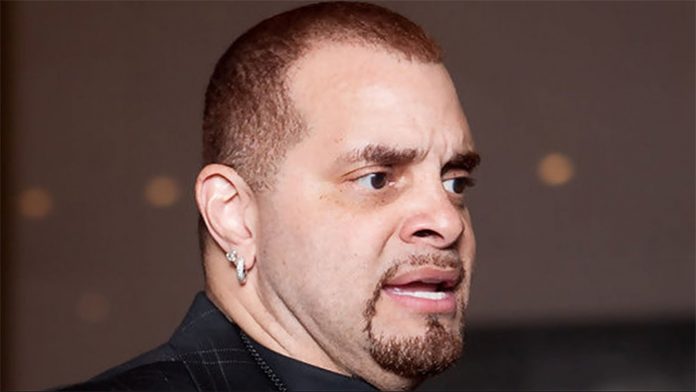 A veteran actor, Sinbad has rose to fame in the sitcom, A Different World in the late 1980’s. Since then, he has appeared in several television series including All That, Cosby, Resurrection Blvd. and Slacker Cats. At one point, he even had his own show, The Sinbad Show.

In addition to his TV career, he also has an impressive list of film credits. For instance, he has worked on Coneheads, First Kid, Good Burger, and Jingle All the Way. Most recently, he made an appearance in the Netflix musical comedy, Michael Bolton’s Big, Sexy Valentine’s Day Special.

Considering how long he’s worked in the showbiz, one has to wonder- how much has he earned over the years? How well-paid is the actor? How lucrative has his career been? As of 2018, Sinbad has accumulated a net worth of $4 million, according to various websites. What contributes the most to his income? We’ll be taking a look at where his money comes from down below.

How did Sinbad Make His Money & Wealth?

Born on November 10, 1956, in Mississippi, he grew up with his five siblings in Benton Harbor, where he attended school as a teen. Following his graduation, he went to the University of Denver, where he played basketball for two seasons. From there, he eventually served in the U.S. Air Force; during that period, he often participated as a stand-up comedian in the Air Force’s Talent Contests.

In 1986, he landed his first acting role in the television series, The Redd Foxx Show. However, it wasn’t until he was cast as Coach Walter Oakes in the comedy, A Different World that he started to gain fame. From there, he was offered his own show, The Sinbad Show in 1993, which went on to earn him a Kids’ Choice Award nomination for Favourite Television Actor.

By the end of the 1990’s, he had added many credits to his resume including All That, The Cherokee Kid, Cosby, and Happily Ever After: Fairy Tales For Every Child.

On the big screen, his first notable role was that of Otto in the sci-fi comedy, Coneheads. Afterward, he played as Sam Simms in the film, First Kid and as Myron Larabee in Jingle All the Way. Some of his other film credits from the 1990’s include First Kid, Good Burger, and Houseguest.

Over the next several years, Sinbad’s list of credits has expanded once again to include Hansel & Gretel, Treading Water, Stomping’, and Cutting Da Mustard. After playing various minor roles in the early 2000’s, he was cast as a supporting character in the animated series, Slacker Cats. From there, he landed another voice-over role in Steven Universe, which ran from 2013 to 2014.

Most recently last year, he appeared in The Lion Guard and in the Netflix musical film, Michael Bolton’s Big, Sexy Valentine’s Day Special.

Considering the fact that he works in the showbiz, it’s only natural that most of his income comes from his television and film appearances. With that said, it’s hard to determine how much he’s earned from each title.

Yes, he is. In 2002, he remarried his wife, Meredith Fuller after a brief period of separation.

Does Sinbad Have Any Children?

He has two children, a son named Royce and a daughter named Paige.

Did Sinbad Go to College?

Yes, he went to the University of Denver after graduating from high school.

What is Sinbad Famous For?

Sinbad is perhaps best known for his starring roles in the films Jingle All the Way, Good Burger, Necessary Roughness, and First Kid.

Where Does Sinbad Live now? Pictures of Sinbad’s House

Sinbad currently lives with his family in Los Angeles, California. At this time, we do not have any pictures of his abode.

What Kind of Car Does Sinbad Drive?

Details on Sinbad’s vehicle are not available.

How Much Money Did Sinbad Make Last Year?

At this time, we do not have any information on Sinbad’s annual salary.

Last year, the actor appeared in a few titles including The Lion Guard and Michael Bolton’s Big, Sexy Valentine’s Day Special, the latter of which premiered on Netflix. He also hosted the mini-series Pure Flix Comedy All-Stars.