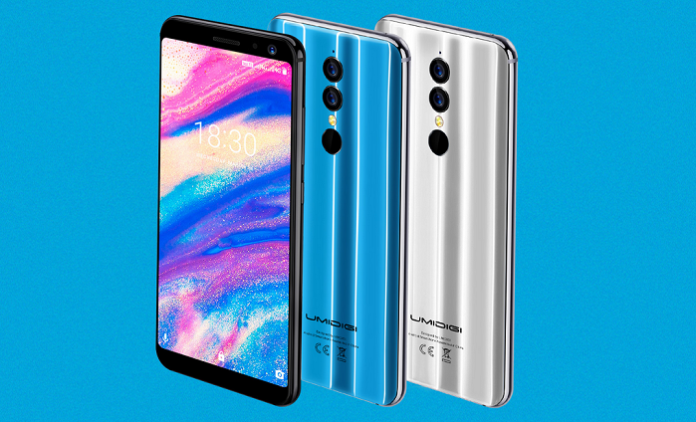 It’s finally arrived, a short week after the Umidigi A1 leak the phone is on the market, and it is pretty much exactly as I expected it to be. A low cost, low powered handset that works no matter where in the world you are. After several years of niche products, Umidigi finally has a real international contender on their hands with the A1 Pro, and it’s always good to see. There are still a fair few downsides to the build, and the standard Chinese warranty is one of them, but considering the extremely low price of this one I am willing to overlook that.

I have gotten my hands on a number of builds out of China over the years, and they rarely fail to impress. The market over there is ridiculous, a hodge podge of hundreds of firms snapping up[ tech from all these different manufacturing plants and frankensteining together handsets from them. China produces a lot of the tech for the larger firms, and it means that there is a lot of it lying around, leading to these low cost, yet impressive looking, designs.

Umidigi is a mid to low range smartphone company based out of China. The hit the market in 2012, which is actually a long time in that region, and their first few designs were amazing for the price of them. They used to focus on tech a mere shade below the cutting edge, and priced them well below what one would expect. They were a modder dream, super easy to install custom Roms, but in the last few years they moved into the, shall we say, suspiciously similar substitute market. The S2 Pro was one of my favorite Samsung pastiches, but the loss of easy Rom support was a bit of a downside to me. Regardless, it seems that with the Umidigi A1 they are ready to hit the low cost market with a unique design.

The A1 is a very low range build, but one that comes with a fair few bells and whistles. The look is great, with three color options, and an impressive screen. The 18:9 aspect ratio is good to see, big fan, but the resolution might leave a few of us wanting. It is 1440 x 720, putting it well below my current go to phone. The screen is at least natively that, so the display is very crisp. The 5″ form factor is aided by a near bezel-less design, giving us a full 5.5″ display. The CPU is a little lackluster, being only a quad core clocked at 1.5Ghz, but then this is a budget phone. The price is well below what you might expect, currently sitting at $99.99.

Only a brief snap shot of the numerous positives this one has, so let’s dive into the review proper, see if this is the right back up handset for you. 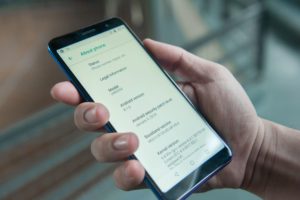 Taking the phone out of the box, it is lovely to look at. There are three color choices, as mentioned, Moonlight Silver, Icy Blue, and Pitch Dark, and I love the Icy Blue. It fits well in the hand, but I am more of a phablet guy, so I found it difficult to shrug off the feeling that it was too small. The fit of the parts seems great, a nice flush design, and the overall phone seems pretty sturdy. For those who like to listen to music, you will be glad to know that there is a headphone jack, and it is still weird to me that that is a selling point these days. It is not a waterproof, or even a water resistant build though, no IP rating, so if you intend to bring a cheap back up into the woods or to the open seas I cannot recommend this one, but then I imagine that is a pretty small section of the market.

The OS here is full stock Android 8.1. Umidigi have used their own Android OS blend in the past, but not the case here. I am glad to see this, as their own version was a little harder to flash. Should not be a problem this time around. There is little in the way of bloat as standard though, a few apps that you’ll want to get rid of but nothing like what I had to deal with with my Nexus.

The core specs are, well, let’s just say this is very much a budget build. The chipset is MediaTek’s MT6739 SoC, and I can see why they went for it. It is one of the cheapest on the market. The CPU is a 64-bit ARM Cortex-A53 quad core. Most of Umidigi’s previous handsets have used a more impressive Octa Core, so I was a little disappointed with this. It’s clocked at 1.5Ghz, which sits between an Octa Cores two CPUs in terms of speed. It means that the battery is never going to be taxed, but you cannot expect to be playing the most recent games, nor running any intensive emulators on this one. The GPU is the IMG GE8100, and it cannot support any video encoding higher than 1080p at 30fps.

There is only 3GB of LPDDR3 RAM on this build, clocked at 667Mhz. It consumes very little power, and it is standard across most handsets on the market, but I would just once like to see some impressive RAM on a phone. The battery is a beast considering the low power consumption of the handset, at 3,200mAh. Expect to get at least 12 hours out of a full charge on full burn, with standby sitting comfortably at a little under 300 hours. Speaking of charging, the Umidigi A1 Pro comes with USB Type C as standard and supports 5V – 2A quick charging. It was reported that it would take 2 hours to go from 0 – 100 and while that is not entirely true, it took me 2.5 hours, it’s still impressive.

The key selling point on the western market is the native support for US LTE frequencies. With the S2 and most of their other builds, it was nearly impossible to find a carrier that supported the Chinese standards. I was able to find a few smaller carrier that supported that handset though. Here there is no trouble, all of the major network LTE frequencies are accounted for.

The camera is not bad, a 13MP Sony IMX 258. I’m not much of a picture taker, so I wasn’t able to lend a trained eye to the image quality, but 13MP is far beyond what most computer monitors output at, 4,128 x 3,096, so I don’t really get the appeal. There is native chipset support for Faster NR, AF, and Luma/Chroma Noise Reduction. The second camera is a 5MP wide angle, making group shots simple. Far from the best camera solution on the market right now, but it should more than match the day to day needs of the compulsive photographer.


Overall there is a lot to like here. The specs are well below par, but that is offset by the price, and the package they all come in is lovely. I knew going into this the key selling point would be in the next section. 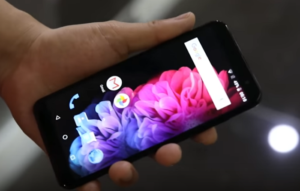 The Umidigi A1 Pro is currently priced at $99.99. I could not imagine a handset like this, with this feature set, and this level of quality, releasing to the market even two years ago. Umidigi have looked at what they have, looked at what their customer needed, and addressed the needs accordingly. I expect the price to go up by $30 or so in the future though, so if you want one I suggest you snap it up quick.

The standard Umidig warranty is nothing to write home about. The actual on site information is a little muddled as well, but then I expected that going in. Until a Chinese firm has established itself in the Western Market they tend to offer lackluster aftersale support. Considering the price we pay for the product though I am more than okay with that. There is a 1 year warranty covering the phone, but Umidigi has no in house repair services.

The price is fantastic, and the warranty is less so. I would say this is standard for low cost Chinese handsets, but few of them manage to get their prices quite this low.

There is a lot to like here, and a lot to dislike too. The overall look at feel of the build is excellent, and the screen is lovely. The specs are well below par though, and that makes it difficult to recommend the handset as a main phone, especially if you are used to something a little fancier. The price does make up for that somewhat, but I would still call the Umidigi A1 Pro a back up phone. The added carrier support makes it perfect in this role, and there is still enough power under the hood to do some work or play a few games. If you can find one that that coveted $100 price point then I suggest you get it.